What Rahul Gandhi should have told Congress workers

Politics of slogans will not help the Congress, just as use of jumlas has failed the BJP.

One can understand Sonia Gandhi and son Rahul Gandhi, the Congress president's anxiety over pepping up the demoralised party leaders and workers. Time is short, Parliament elections are approaching and parties are getting into the election mode. It will be a long and arduous climb for the Congress that has 44 seats in the Lok Sabha to get close to a figure that will help it be in a respectable position, let alone reach the magical figure of 272.

Sonia saying that "Congress is a movement, not political term," or Rahul asserting that the Congress versus BJP battle is comparable to the fight between "Pandavas and the Kauravas", can earn applause from the assembled party workers but nothing beyond.

In competitive electoral politics such phrases are vain, self-congratulatory slogans.

Sonia Gandhi must know that the Congress ceased to be a movement more than 70 years ago. Since India became independent, Congress has been in power longer than any other party. Therefore, much of the blame for the country's problems that look intractable now lies at the Congress' door.

Instead of raising catchy slogans, Rahul should have told workers how he was going to energise the party and what were the concrete programmes through which he would take on the BJP? He knows that the Congress is in desperate need for a makeover. The time for it is now.

However, any attempt at makeover will require Rahul and Congress bigwigs to first recognise that the party is on life support system. It will not be able to shake off its life support as long as Congress leaders continue to serve workers with stale slogans and misplaced hopes.

The Congress Plenary Session was a good time to accept the painful reality of the party increasingly losing relevance in large swathes of the country. If the party loses the soon-to-be-held Karnataka elections, the only large and politically important state it will be left with is Punjab.

Any pragmatic leader would first work towards reviving the party organisation in states and not merely depend on past laurels in a bid to make a comeback.

Rahul Gandhi did speak about giving primacy to party workers in his speech that BJP and detractors will dismiss as platitudes. His image builders and supporters will hail it as a corrective measure. Statements like the party would have to "change first before changing the country" and that he would strive to "break the wall between party and leaders" won't help unless put in practice.

As a mark of his sincerity, he asserted that he had given tickets to gifted workers, not moneybags or "seniors" or "outsiders" in Gujarat election. In a symbolic move, Rahul got the stage vacated for young workers, saying it wasn't for senior leaders.

But it's doubtful that the seniors would take his message seriously. As one senior leader Mallikarjun Kharge warned, "Congress gets defeated by Congressmen". Kharge was hinting at infighting in the party.

Many Sonia loyalists or leaders of older generation will resist changes aimed at sidelining them.

When Rahul's father, Rajiv Gandhi, did sincerely try to take on the power brokers within the party and cleanse the organisation, he met with so much opposition that he was compelled to backtrack. Some tainted leaders were sidelined and denied party tickets but after some time they were all rehabilitated.

Rahul has been talking about taking on tainted leaders since he was appointed vice-president but he has done precious little to act on his promises. He could argue, perhaps, that his time has started after taking over as the party president. He will be tested during the Karnataka elections soon. 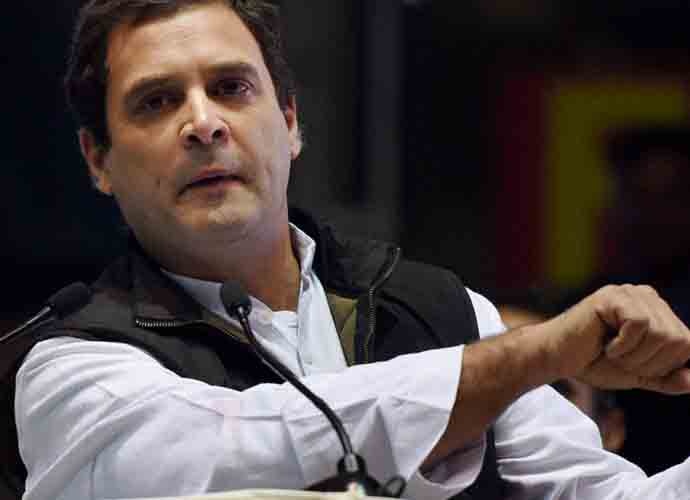 Mere platitudes will not succeed in defeating the "Kaurvas". For instance, the plenary's political resolution called for adopting "pragmatic approach" for cooperation with "like-minded parties" and a "common workable programme" to defeat the BJP in 2019.

But Sonia Gandhi's recent dinner meeting for forging opposition unity was a damp squib. One of the reasons for the lack of enthusiasm among Opposition parties such as the NCP, the SP, the BSP and the Trinamool Congress to plunge into unity is their reluctance to accept Rahul as the prime ministerial candidate and play second fiddle to the Congress. Sonia, on the other hand, is keen on pushing Rahul as the head of the anti-BJP alliance.

Senior Opposition leaders, Sharad Pawar and Mamata Banerjee, have been talking in private about their reservations over Rahul's leadership to lead the anti-BJP front. That's why Pawar had called his own meeting of Opposition parties to prepare for the battle of 2019.

Congress is and will undoubtedly be the largest national party after BJP in 2019. But the most important question is whether Pawar, Banerjee, TRS' Chandrashekhar Rao and TDP's Chandrababu Naidu will readily accept Rahul as the leader of an anti-BJP front?

To obviate the complex issue of leadership, Rahul has to win the number of seats that can make the Opposition leaders accept his leadership. Given the existing organisational ruptures in the Congress, it looks difficult, if not impossible.

Rahul must understand that if BJP is a party of Kaurvas, Modi is Duryodhana. He will fight till the very end.

Duryodhana walked naked in front of mother Gandhari, who removed her blindfold to watch the son take on an iron-like body to fight Bhima. Modi too will not shy away from adopting any tactics to win.

And Amit Shah, like Shakuni, will plot endlessly to ensure Duryodhana's victory.

The need for Rahul, therefore, is to go beyond platitudes and empty slogans and prove organisational worthiness of the Congress first to take on Modi.

Also read: Why NDA allies are revolting against BJP