How RSS is doing Rahul Gandhi a solid favour

Leaders are born in jails. The next most conducive place is the court room. Those who favoured Rahul Gandhi with this boon pretend not to know the rudiments of history. 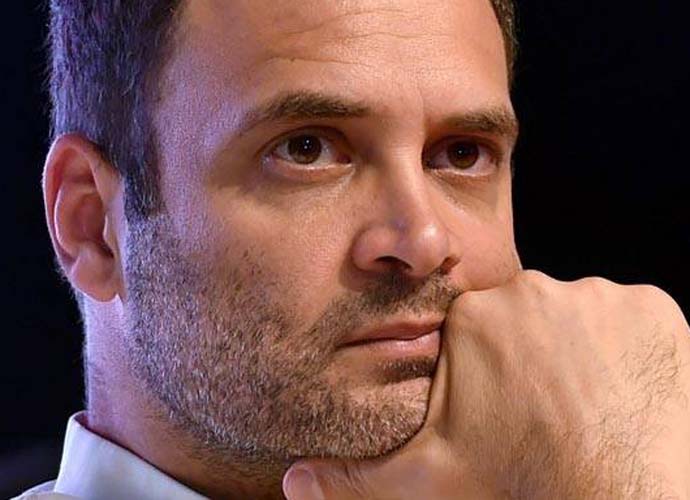 It is easy to get carried away by prevailing trends. One such trend is to break your antagonist down through litigation, as seen in the case of Delhi chief minister Arvind Kejriwal. Law, meant to be an instrument of justice, is used as a weapon of intimidation on the principle that process is itself the punishment.

This strategy has its usefulness in respect of insignificant persons and spent forces. But, for one who is yet to be baptised by fire as a major political presence, this logic could work in the reverse. Rahul Gandhi could not have hoped for a greater advantage than what is being offered to him on a platter for a variety of reasons.

The strategy of dragging Rahul to the court appears to be predicated on two calculations. The first is the perception-quotient. In the eyes of the public, a defendant appears a criminal. The subtle point that one is innocent until pronounced guilty doesn't help the defendant in this respect. The second is the vexation-quotient: to burden the person concerned with processes and procedures, together with the emotional burden that litigation necessarily entails.

But this is only one side of the story. In the present instance, the other side of the matter is sure to outweigh.

This trial is the closest Rahul could have come to the cliché - "trial by fire". The fact that this could dissipate the opprobrium conjured up so laboriously against Rahul as a naïve beneficiary of dynastic succession, seems to have escaped the notice of his adversaries. The dynastic slur will continue to stick only for as long as Rahul remains insulated from the rough and tough of being put to the test. The moment he proves his mettle, the anti-dynastic cloud will shift. He will begin to be seen as a victim of a prejudicial attack, a vilified politician. And this could go against those who have so far revelled in this line of attack and reaped its benefit. That is not good news for the BJP.

Second, once Rahul goes through the process and proves his mettle, he will be born as a leader in his own right. This is not merely a matter of change in perception. The major liability that Rahul has carried so far is of being, in the lingo of the BJP, a part-time politician. What has lent credence to this calumny was the fact that he hasn't till date undergone a struggle and proved himself.

Struggle is the womb for the birth of leaders. When one enters a major struggle, one hits resistance. Resistance calls up dormant faculties, deepens a person's being, and imbues him with confidence. Authenticity is the boon of struggle. A person who goes through struggles acquires credibility and authority in public eyes; and that is so, even if the person concerned is worsted in the processes. As a matter of fact, public sympathy gets kindled especially through setbacks.

For the Congress, this is a great deal more than sympathy. It is sheer inspiration. It is a proven anthropological principle that the strength of the adversary you fight and prevail over becomes your strength. This was obvious to our great, great ancestors in the tribal twilight of our history. The successful combatant for power, who invariably killed the opponent, ingested the power of the slain adversary. So, Rahul could gain immense in perceptional power-quotient. 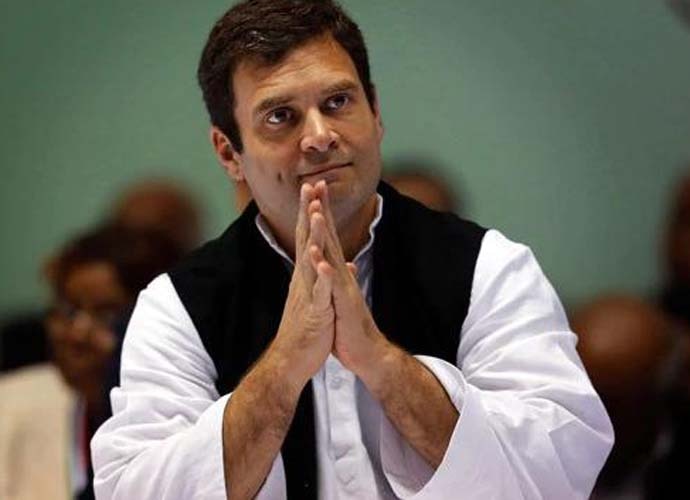 Rahul seems to have learned an important lesson from Modi. Modi's magnetic appeal for the masses in the 2014 elections was derived almost entirely from his image as a rebel: a sort of dead-serious Don Quixote out to fight the demon called the Congress. For the masses this was not a matter of literary echoes, but of expiating their anger and frustration at being, as they were to perceive, betrayed by the UPA.

Now the roles are reversed. Rahul has, thanks to this defamation case, entered the theatre of rebellion that Modi has had to vacate. It is futile, even ludicrous, for Modi to continue to play the role of the arch rebel, which was natural and logical in 2014. Now he is the government, not the Opposition.

Rahul knows that there is a huge substratum of frustration and exasperation among the masses. For want of a nucleus of cohesion, it is yet to become a decisive electoral force. It is of utmost importance for him to qualify for that pivotal role; especially given the reservations that the possible members of the mahagatbandhan for 2019 have regarding his suitability as a Modi-alternative.

Rahul is clearly aware of this. Why else would be keep emphasising, on every possible occasion, that he is committed to fight the RSS ideology? Rahul-watchers in the media would surely have caught a new timbre in his voice. He is sounding sharper, more assertive and combative now. He is crafting an image for himself.

He knows this image has to be such that it appeals to the youth of India, who comprise 65 per cent of our population. Nothing appeals more to the youth than the charisma of a rebel. The RSS has provided the most ideal stage for this.

The stature of the rebel depends largely on the strength of the adversary he pits himself against. From that point of view, no other organisation or agency can match the RSS. Imagine Rahul taking on Kejriwal, instead.

The gain in perception, especially among the youth, would have been minuscule.

And, then, there are the attempts to revive the Seva Dal. The geriatric stagnation into which the Congress had sunk was most evident in the plight of this party affiliate. The image of a bold and combative leader is a great asset in revitalising the Dal.

With the court taking cognisance of the case, and Rahul pleading not guilty, he has emerged as the only leader among the ranks of Opposition satraps who has the guts to take on what is widely regarded as the foremost anti-secular behemoth in the country. No one shall say hereafter, "Well, who is Rahul, after all? A namby-pamby inheritor of dynastic largesse."

We could well be seeing the birth of Rahul Gandhi, the president of the Indian National Congress. The irony is that the RSS has to play midwife in it!

Well, there is poetic justice in it. If an old Congress veteran, Pranab Mukherji, is the means to end the "untouchability" — I am using the idiom of the RSS spokesperson — of the RSS, why shouldn't the RSS return the favour, albeit unwittingly, by way of launching the president of the Congress?