With NYAY failing to gather steam, the Rafale accusations not denting Modi’s image and the ire of the apex court now, Rahul Gandhi’s desperation is clear.

Narendra Modi supporters have reason to gloat over Rahul Gandhi’s ‘apology’ to the Supreme Court over his statements on the Rafale Deal. The BJP will not let such an opportunity go without making political capital out of it. In all likelihood, when the case comes up for hearing, the court will deliver a rap on Rahul's knuckles — indeed, latest news suggests the Supreme Court has reportedly issued a notice to Rahul Gandhi, with contempt of court likely to be addressed with the main petition next week.

However, the legalities aside, the issue is about the larger campaign strategy of the Congress itself.

Is the party losing steam — if not the plot? 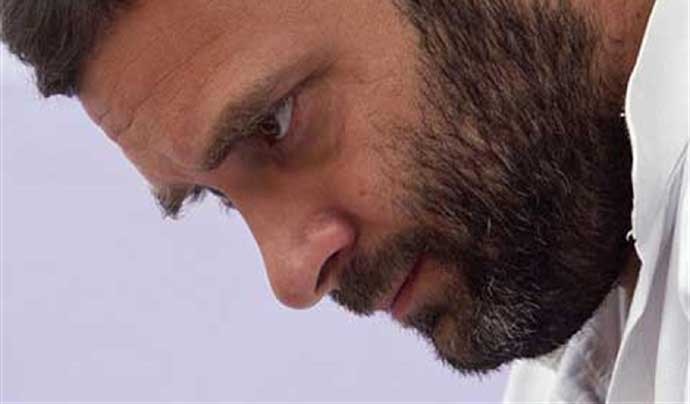 Losing steam? Rahul Gandhi’s ‘apology’ to the Supreme Court, and the court's admonition, is embarrassing for the Congress. (Source: Reuters)

During the run-up to the Assembly elections in Rajasthan, Madhya Pradesh and Chhattisgarh, the Congress’ analytics cell had homed in on Rafale as a major rallying point.

Well-wishers of the Congress and some ‘thought leaders’ of the party began to sense Rafale was losing its sting — they, therefore, urged Rahul Gandhi to return to the core issues of jobs and the economy. But Gandhi and his advisers were probably waiting to launch NYAY which they thought will take the wind out of the BJP’s sails.

Though NYAY could have been the Congress’ big idea to turn the tables, it was hurriedly packaged, without adequate homework. For the first few days, different Congress spokespersons and the economists roped in to bat for it spoke at cross-purposes. There was confusion about how it would be funded — and whether it would mean higher taxes for the middle class.

After a lot of cross-talk, Rahul Gandhi asserted that taxes will not be raised but he still did not have any convincing answer on the monetary provisions.

His explanation, that it will be financed from the non-performing assets of truant industrialists like Nirav Modi and Vijay Mallya, failed to inspire even the most gullible. Gandhi quoted a new figure each day of loans allegedly written off by the Modi government to its so-called cronies. In doing so, he not only gave a poor impression of his command on numbers, but also a lack of concern for facts.

If there's one clip that epitomises the congenital liar #Pappu420 @RahulGandhi, it's this pic.twitter.com/OT6n9K6CyQ

Thus, instead of building on the elements of NYAY, Rahul Gandhi once again turned the discourse towards corruption. He also talked of ‘remonetising’ the economy through NYAY — a concept that left even the most vocal critics of demonetisation flummoxed.

It is indeed intriguing why Congress cheerleaders and Rahul Gandhi’s fan club did not call out the inconsistencies and allowed him instead to continue on a downhill track. This, perhaps, boosted his confidence, only to overstep the ‘Lakshman Rekha’, dragging the Supreme Court into a political ‘Tu-tu, main-main’ contest.

The BJP was quick to pounce on him after the misstep.

Meenakshi Lekhi, the BJP’s MP from South Delhi, an accomplished lawyer herself, filed a contempt petition, complaining that Rahul Gandhi had “replaced his personal statement as Supreme Court’s order” and tried to create prejudice.

In a pre-emptive move, Rahul Gandhi submitted an affidavit to the court, stating he “gave the statements in the heat of the political campaigning”. Waiting BJP leaders did not miss the chance to immediately spin it as capitulation by Rahul, claiming that he was forced to apologise before the court for “lying”. By the time the Congress reacted to this interpretation of the BJP, the damage was already done.

Any attempt to retrieve lost face now can only be counterproductive.

The Congress will be well advised not to belabour the point further as it would only reinforce the impression.

It is in instances like this that Rahul Gandhi’s own immaturity and the inexperience of his communications team shows through.

By relying entirely on a negative campaign, it has repeatedly played into the BJP’s hands — which has turned the allegations on their head, with its very effective “Main Bhi Chowkidar” repartee. Instead Narendra Modi, the master communicator, has been steadfastly sticking to his core messages of being the protector of national security, the crusader against corruption and the messiah of the masses, recounting details of achievements under the various social welfare schemes of the National Democratic Alliance (NDA) government.

Just as he cites the Balakot strike as a live example of his resolve of “zero tolerance” against cross-border terrorism, he has made the tax raids in Madhya Pradesh, with purported links to the bungalow of an unnamed senior politician in Delhi, an abject lesson of the Congress’ alleged corruption. The arrest of Agusta middleman Christian Michel, members of Congress’ first family being out on bail and extradition orders against Vijay Mallya and Nirav Modi are being used to blunt any suggestion of his being soft on corruption.

Without a compelling storyline or the plans to back it up and poor perception of Congress’ track record in battling poverty, NYAY fails to cut ice with the target.

With anti-poverty slogans — starting from Indira Gandhi’s ‘Garibi Hatao’ — there is natural scepticism about the ‘Niyat’ of ‘NYAY’. A point played up by Modi is his constant refrain of “Saaf Niyat”. Lofty declarations, such as NYAY will be the “surgical strike” against poverty, only help to remind people about Balakot and Uri. The Congress has not been very wise in questioning the success of the two operations — which Narendra Modi has smartly given the twist of disrespect towards the armed forces. Therefore, the analogy does not go down very well.

In contrast, Modi, in his speeches, rattling off statistics of beneficiaries of the Kisan Yojana, Ujjwala, rural electrification, Mudra loan scheme, etc., and kilometres of highways being built daily, makes a better impact.

The Congress appears to have realised its limitations.

With the party by itself contesting only 230-odd seats and the Mahagathbandhan turning into a chimera, when Rahul Gandhi says in his speeches “if our government comes to power”, people take it with a large dollop of salt.

After her late induction into the game, Priyanka Gandhi’s performance so far has been underwhelming — there is still speculation about her being pitted against Narendra Modi at Varanasi. But that would be a high-risk option, best avoided at this twelfth hour. From ground reports available so far, the gains Congress was expecting in Madhya Pradesh, Rajasthan, Chhattisgarh and Gujarat may not come through — even Karnataka might be a disappointment with infighting in its own ranks and tensions with the Janata Dal (Secular). Though the BJP’s prospects in Uttar Pradesh remain a challenge, that will not bring any joy to the Congress.

So, the Congress seems to be on a mission to cut its losses and live to fight another day by consolidating whatever gains it has achieved so far. Its decision to go solo in Delhi, resisting all overtures for an alliance with the Aam Aadmi Party (AAP), indicates such a strategy.

While the BJP campaign is gathering momentum, the Congress is showing distinct signs of fatigue.

In war, as the old dictum goes, discretion is the better part of valour.

Having to eat his words before the Supreme Court, Rahul Gandhi may like to apply this to his speeches as well.

Post your comment
#Lok Sabha elections 2019, #Chowkidar chor hai, #Nyay, #Rahul Gandhi
The views and opinions expressed in this article are those of the authors and do not necessarily reflect the official policy or position of DailyO.in or the India Today Group. The writers are solely responsible for any claims arising out of the contents of this article.