Gehlot argues that having multiples elections spread out in a period of two years hinders the work of the government. How much of it is true?

Rajasthan Chief Minister Ashok Gehlot has his strategy in place to get out of a crisis following the Congress Party’s massive loss in Rajasthan in the Lok Sabha polls. Gehlot says it must to be looked into how a party has been wiped out just after getting into power a few months ago.

It appears that he has, by and large, convinced the party high command about how Rajasthan also was swept by pro-BJP voting. Gehlot, who knew that a pro-Modi wave could lead to defeat, also says that this cannot be a referendum on his government alone because he hardly got a few months to work before the Model Code of Conduct was put in place. 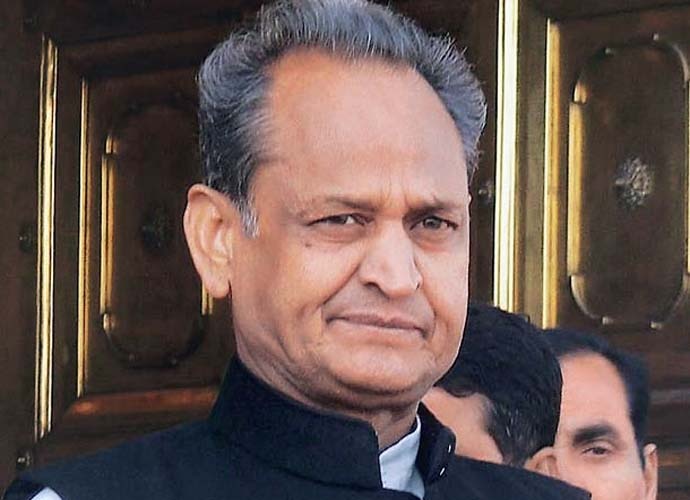 Chewing it over: Gehlot says his governance was adversely affected due to the long period of elections. (Source: India Today)

Gehlot has been advocating it ever since he became CM in 1998, because the state has to conduct several elections spread out over two years which hinder the government’s work. Even now, he says, the long period of elections did not let him communicate with the Chief Secretary and other officers, as a result of which governance is adversely affected.

He says he will write to the Election Commission of India on this.

While the high command is likely to let Gehlot rule for now, within the party, MLAs are trying hard to get a ministerial berth. Harish Meena, an MLA and ex-DGP, sat on a fast unto death for two days demanding a job for a family member of a tractor driver, Bhajan Meena, who was allegedly ferrying illegally mined sand. Police chased him. He was later declared dead. Meena reportedly did not let the post mortem be carried out until six cops were suspended and the job demand was accepted. The body was kept in the open for a few days before the government sent a deep freezer for it.

Sawai Madhopur MLA Danish Abrar is also flexing his muscles by extending support to Meena and pulling up officials in his constituency. “We have to focus on social welfare schemes and infrastructure quickly,” Gehlot says.

He enjoys the image of a simple, humble man and so has been tackling the crisis calmly.

Also Read: Heatwave has hit! Here's how to survive

Post your comment
#Rajasthan cm, #Rajasthan lok sabha elections 2019, #Rajasthan cm ashish gehlot, #Rajisthan elections 2019
The views and opinions expressed in this article are those of the authors and do not necessarily reflect the official policy or position of DailyO.in or the India Today Group. The writers are solely responsible for any claims arising out of the contents of this article.