Will Rajinikanth excel in the politics of spirituality?

He might be the superstar of Indian cinema, and might have fan associations in Japan but at heart, Rajinikanth is a simple spiritually inclined person. This was once again reinforced on March 10 when Rajinikanth said, "I am going to Dharamshala and from there to Himalayas and then to Babaji's cave for meditation. I will be there for 10 to 15 days."

Spirituality is a well-known characteristic of the star. In 2017, during a book launch event the actor-turned politician said, "More than an actor, I am proud to be known as a spiritually inclined person." Even the party that he is to launch, he has said, will be based on "spiritual politics". Ask his fans to describe Rajini, the portrayal will always have, "a rudraksh around the neck, a simple white shirt and a smiling face". And a follow-up question on what could be their Thalaivar's favourite recreation and pat comes the reply, "meditation".

While the 2.0 star is known for his humble nature and charisma, he attributes his nature to his guru Satchidananda Saraswati. Believe it or not the superstar, who visits the Himalayas frequently, at one point of time wanted to quit cinema.

Soon after the success of his 1999 film Padaiyappa, Rajini had wanted to retire. His guru then called him to America, his spiritual retreat, and told him to follow his film career and continue spreading the good teachings of life through cinema.

Interestingly, during this visit Rajini too had a life changing experience. During an event organised by the Yogoda Satsanga Society of India Rajini had narrated that whenever he was at airports he used to see the book Autobiography of a Yogi and was attracted to it. He was curious to know if the person on the cover of the book was a man or a woman. In 1978, Rajini got the book, but for almost 20 years the book remained unread. Rajini attributes this to his "poor English".

Finally, he got the opportunity to read the book in America. "I was not able to keep the book down. I just wanted to read it all the time," the actor said. He was mesmerised by Mahavatar Babaji. 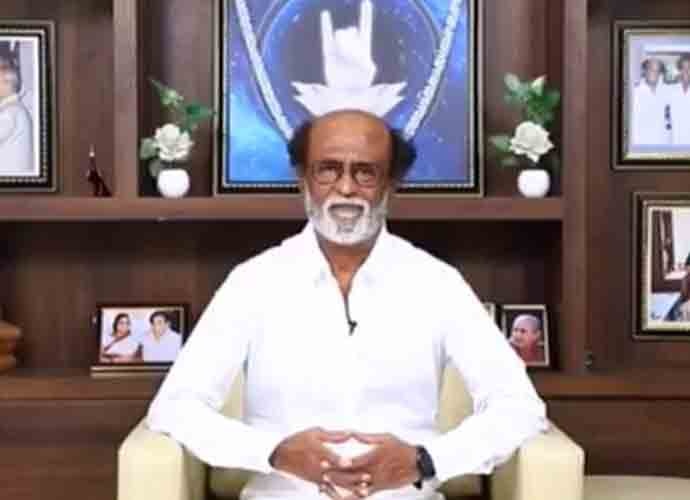 The 2002 movie Baba was Rajinikanth's tribute to Babaji and the actor maintains that the film's script came to his mind as a vision.

"I felt like a light emanating from the picture of Babaji from the Autobiography of a Yogi and I was trying to distract myself imagining it to be some hallucination but at one point I was overpowered by this feeling and felt the light entering me and a day later I had the entire story line - scene by scene depiction of the movie Baba," Rajini once said.

Sree Raaghavendar (1985) was Rajinikanth's 100th film in which the actor portrayed the Hindu saint Raghavendra Swami and it is said that the actor's love for the saint grew manifold and was the reason for him to construct the Raghavendra Marriage Hall in Chennai.

It might sound unbelievable for non believers but Rajini has never cared. Year after year the superstar goes on spiritual trips to the Himalayas and spends hours meditating at Babaji's cave, which is said to be 5,000 feet above sea level at a hill in Dunagiri, which is located in Uttarakhand's Almora district.

Speaking about the visit, Rajini said, "It has been seven-eight years since I went to Himalayas. I have come here to get the blessings of my guru, to recharge myself."

Spirituality is an integral part of the superstar and something he can't separate from politics. The announcement to enter politics, and the symbol adopted for it both are rooted in spirituality. The inspiration for the symbol reportedly came from Autobiography of a Yogi. Rajini so far has excelled as a megastar, as a disciple to his guru, but what remains to be seen is if he will be able to excel in practising spiritual politics which promises clean governance.

#Cinema, #2.0, #Meditation, #Dharamsala
The views and opinions expressed in this article are those of the authors and do not necessarily reflect the official policy or position of DailyO.in or the India Today Group. The writers are solely responsible for any claims arising out of the contents of this article.