The genie of reservation is again out of the bottle. A five-judge Constitution bench of the Supreme Court, set up to examine whether the apex court’s 2006 decision in the M Nagaraj & others vs Union of India on reservation for SCs and STs in promotions requires reconsideration, has started its proceedings.

While hearing, Justice Kurian Joseph, a part of the bench, asked a pertinent question, “There was one more question; whether the creamy layer concept would apply to SCs and STs… Should those who have come up in life continue to enjoy the benefits of reservation?” It must be mentioned here that for last some time there has been discontent within the SCs and STs with regard to reservation.

In March 2018, the apex court, in another case, began hearing a petition of "Samta Andolan Samiti", an organisation that represents downtrodden and poorer SCs/STs in Rajasthan, where it wants that concept of "creamy layer"be applied to SC/ST reservation. The petition contended that the uplifted/affluent sections of the SCs/STs were "snatching away" quota and other benefits while the deserving impoverished among them continue to "bite the dust". “This lack of percolation of quota benefits ensures that the weak always remains weak and the fortunate layers consume the whole cake and, this has led to social unrest, Naxalite movements and perennial poverty,” the petition argued.

It further said that no class or caste remains homogeneously backward across time, and referred to the Lokur Committee (1965) report recommending exclusion of certain advanced castes/tribes. Petitioner also sought the implementation of the Lokur Committee recommendations for the periodic review of the list of SC/ST. Another central panel, Usha Mehra Commission report (2008), also made a similar kind of recommendation with regard to SC/ST reservation.

In 2011, a PIL too was filed in the Supreme Court by a retired Dalit officer, where he prayed for the application of creamy layer concept in SC/ST reservation. It was disappointing that the court dismissed the PIL observing that the issue came within the domain of Parliament. It’s reassuring, however, that the court is willing to reconsider its earlier position.

The issue in the SC/ST reservation basically is bi-dimensional: first, at the individual level, when one takes the benefit of reservation, and then his/her offspring also take the benefits despite their relatively better background, and after that their progenies too keep taking the reservation, preventing their weaker brethrens from moving forward. The basis of reservation is the concept of social justice, that is, giving a share in resources, power, and status to those sections of society, deprived of it for centuries. Thus preventing the weaker within the SCs/STs to move forward is clearly against the concept of social justice. Hence, the need for creamy layer. 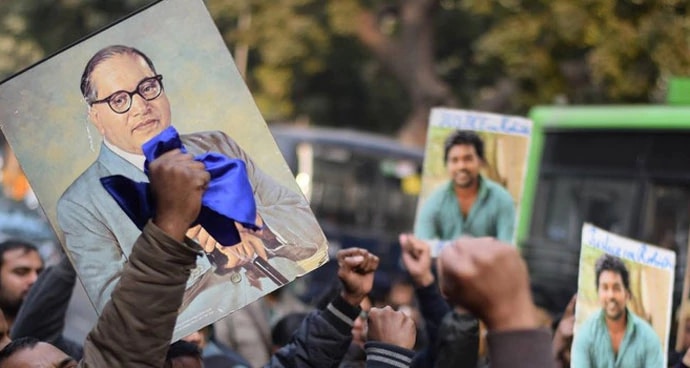 The other issue in the SC/ST reservation less talked about is from the collective perspective. While providing reservation to SCs/STs in jobs, education, etc, it was presumed, deliberately or otherwise, that all the castes/tribes in these categories are at similar levels of social, economic, educational, geographical or other dimensions of deprivations, ignoring their differential levels.

To illustrate, on the one hand we have primitive tribes who still lead the life of hunters and gatherers in forests, on the other, there are tribes, relatively affluent owing lands, etc, and more connected to the mainstream. Similarly, among the SCs we have a caste that still eats rats for survival, while some castes have entered, now, into business/entrepreneurship.

It is not without reason that the Lokur Committee recommended exclusion of certain advanced castes/tribes. Current provision of the SC/ST reservation is thus not only illogical and immoral but also unconstitutional, both from the individual as well as collective perspective. It is a clear violation of Article 14 of the Constitution, "guaranteeing equality before the law or equal protection of the laws". In various cases including the famous St Stephens vs University of Delhi (1992), the Supreme Court, elucidating this article, has held, “The varying need of different classes of persons often require separate treatment.

Those who are not equal are not only allowed to be treated unequally but they have got to be so treated.” By overlooking the differential predicament within SCs/STs, we facilitate just a few castes/tribes among SCs/STs to corner all the quotas in central services or academic institutions, etc. Coincidentally these castes are politically powerful, more vocal, sitting in such positions so as to influence media and policymakers. They work as pressure and interest groups resisting any change, thus perpetuating this cycle of social injustice.

Noted Dalit Hindi litterateur Omprakash Valmiki in his story "Shav Yatra" or Satyapraksah in his "Dalit Brahmin" authentically portray these contradictions and hierarchies within the SCs. Therefore, the genuine need of sub-categorisation within the SC/ ST reservation, taking these differentials into account.

However, there must be some safeguards. One, it must be ensured that these quotas are filled by these category people only and never go to a general category person; two, the creamy layer application may be applied in a modified way as compared to OBCs at least for 10 years. To illustrate, if the posts/seats are not filled, 50 per cent of the unfilled seats may be filled with creamy layer after three years. Three, for non-creamy layer SCs/STs there must be proactive additional support.

The judiciary and the government must take action, sooner than later, with regard to creamy layer and subcategorisation within SCs/STs. This is the demand of real social justice.