Sab Maya Hai: But Mayawati's nephew is a natural successor to the BSP supremo. Why so surprised?

Why are people surprised by Mayawati’s decision to bequeath the BSP to Akash Anand? Is it the first time we're seeing a rich party go from a senior to junior relative's hands?

Mayawati just bequeathed the Bahujan Samaj Party to her brother Anand Kumar and his son Akash Anand. This has confused those who are not in BSP. After all, she was railing against dynasty politics when Uttar Pradesh's Yadav dynast and Delhi's Gandhi dynast formed the 'UP Ke Ladke gathbandhan' and BJP won the election handsomely. In the just-concluded Lok Sabha election, Mayawati and the Yadav dynast formed a 'bua-bhatija gathbandhan' and the BJP won the election handsomely, again.

Nobody in BSP is surprised. She decides. And she has. They call her the supreme leader. She doesn’t consult them before forming alliances or breaking away from them. She is an uncontested leader. Even the national media does not call Mayawati the BSP president — they call her the BSP supremo, for a reason. She is the party. She inherited the party from Kanshiram but she earned the seats and turned around its coffers. She has not created any personal wealth. All the wealth of the party was created by her. 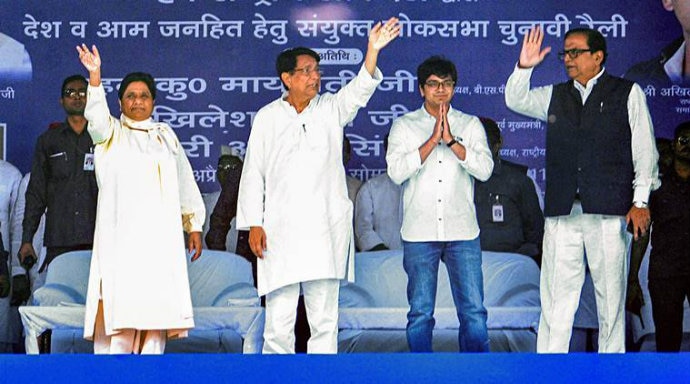 It's blood versus water: Mayawati has groomed Akash for this role. What's wrong with that? (Photo: PTI)

The vote bank has shrunk, the bank account has ballooned. The Bahujan Samaj Party is the richest party, according to the Election Commission's records. It has Rs 669 crore in banks, in eight states of the country. Followed by the Samajwadi Party, with about Rs 471 crore.

Who controls the Samajwadi Party?

Why should Mayawati not want her family to inherit the party when all the wealth she created lies in party accounts?

People raise fingers at her conduct and alleged corruption. She gets all the brickbats for the so-called sale of election tickets. She faces various disproportionate asset inquiries. If one goes to jail a la Lalu in future, the same people will call her a convict. But when it comes to the fruits of power, everyone wants her to distribute those among the partymen.

Mayawati saves money. BSP is nowhere close to the amount of money BJP raises during elections, but the latter spends most of it. In the 2018 Assembly elections, BJP is said to have raised Rs 1,027 crore. It spent Rs 758 crore in those elections — the largest such expenditure by any political party. The rest was squandered during the latest Lok Sabha elections.

BSP is wise. A lot of detractors, especially those who quit BSP, often accuse Mayawati of selling tickets to the highest bidders. Why should she give tickets for free? BSP is one of the few parties that have dedicated cadre votes. If someone who hasn't worked for the party wants to get a ticket just because he has the money needed to fight elections, he should cough up some for the coffers. That money can be used by those BSP cadre candidates who contest elections purely on merit (born a Bahujan). The leftover remains with the party.

That leftover seems to have accumulated over the years. Now, random people who have played no role in the accumulation of that wealth are jealous that it was being inherited by her kith and kin. Nobody worth her salt gives it away like Mayawati is expected to do.

She is giving it away to her nephew she has groomed to take the baton from her. 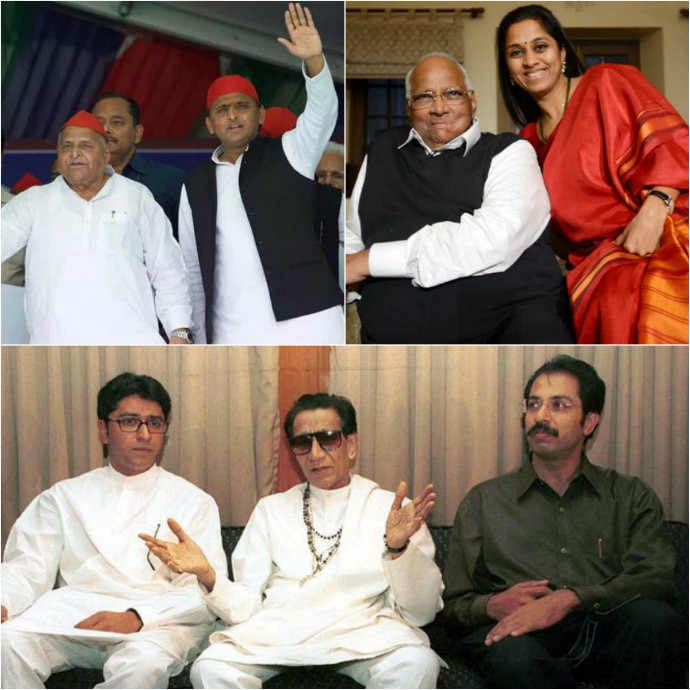 All in the family: Nephews always eat after the natural inheritors have been satiated. (Photo: IndiaToday.in)

Shiv Sena supremo Bal Thackeray did not give it away to his nephew he groomed to be a leader. Alas, the nephew wanted to be the leader. Sharad Pawar gave it to his nephew but only after his daughter took the lioness’s share. Prakash Singh Badal’s nephew wasn’t happy that Sukhbir was the boss of SAD. He is in Congress now. Mulayam Singh Yadav’s nephews have to be satisfied with the little they have after his son is done with it.

Nephews eat after the natural inheritors have belched out a satisfactory burp — Deve Gowda, Chandrababu, Karunanidhi, Lalu, the list is endless.

Mamata Banerjee doesn’t have her own children, so her nephew does not have to assert that he is the natural successor — the party knows. So why are people suddenly surprised by Mayawati’s decision? That fiefs belong to family should have been settled by now.

That moot question is: will Arun Patnaik be anointed a successor to Naveen Babu in Odisha or has he to wait? Go, discuss that.

#Akash anand, #Anand Kumar, #Mahagathbandhan, #Gandhi dynasty
The views and opinions expressed in this article are those of the authors and do not necessarily reflect the official policy or position of DailyO.in or the India Today Group. The writers are solely responsible for any claims arising out of the contents of this article.