Is a civil war about to commence in South India?

A tide is building up against the recent Sabarimala judgment.

As if our security forces were not already stretched to the limit in Kashmir and the North East, I fear things could become worse and we may see the break out of a civil war in South India if the recent Sabarimala verdict is sought to be implemented. 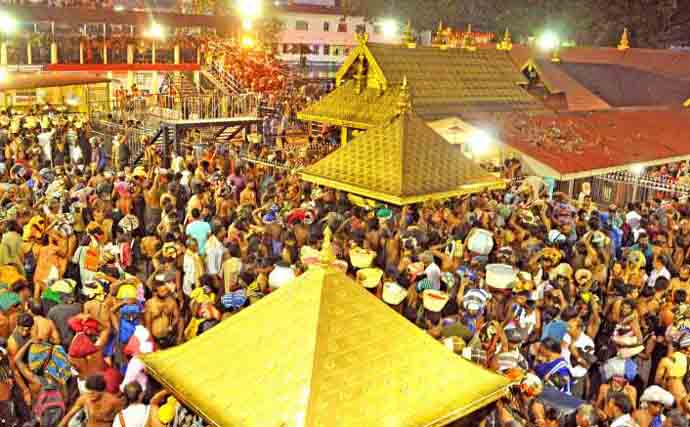 The controversy around the entry has not abated. Far from it. (Photo: PTI)

A tide is building up against the judgment.

The Kerala Nair Service Society has announced it will file a review petition, angry BJP workers forced closure of the office of the Travancore Devaswom Board, which manages the shrine, at Pandalam, the place where Lord Ayappa is said to have been born, for not filing a review petition, and Congress workers sat on a day-long fast there. 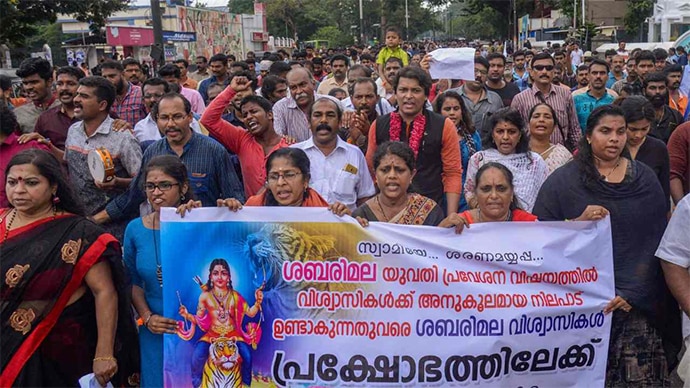 There have been heated protests against the SC verdict on Sabarimala. (Photo: PTI)

But far more ominous and foreboding is the announcement made by the Mala Arayans, a tribal community settled on 18 hills around Sabarimala, and holding some traditional rights to the rituals relating to the temple.

Through their leaders, CR Dileepkumar and KN Padmanabhan, they announced that they will keep vigil in the hills around Sabarimala to make sure its customs are not breached. They said "Our ancestors were close aides of Lord Ayappa, and fought many wars for him. Thousands of our community members will join the movement to protect the customs of the shrine".

The Kerala DGP has announced that 500 female police are going to be posted at the temple. This is bound to further exacerbate the situation by infuriating the Ayappans (devotees of Lord Ayappa), many of whom come from Tamilnadu, Andhra, Telangana, Karnataka, and indeed from all over the world. These 500 policewomen will face the wrath of the devotees of Lord Ayappa, and may even be physically attacked, just as J&K policemen are being attacked in Kashmir. In the meantime, many women organisations in Tamilnadu, Kerala, etc., have declared that their members will not go to Sabarimala till they have crossed 50 years of age.

Women, though debarred from the temple when they are of menstruating age, seem to be even more devoted than men to the centuries' old custom.

Religion is a powerful force in India, and the vast majority of our people are deeply religious and conservative. All this seems to have been forgotten by the majority on the Supreme Court bench which decided the Sabarimala case. In their crusading zeal, they rushed in where angels fear to tread, guided by abstract, theoretical "modern" notions of women's dignity, equality, etc., overlooking the wise admonition of Justice Indu Malhotra, the sole voice of restraint and reason. 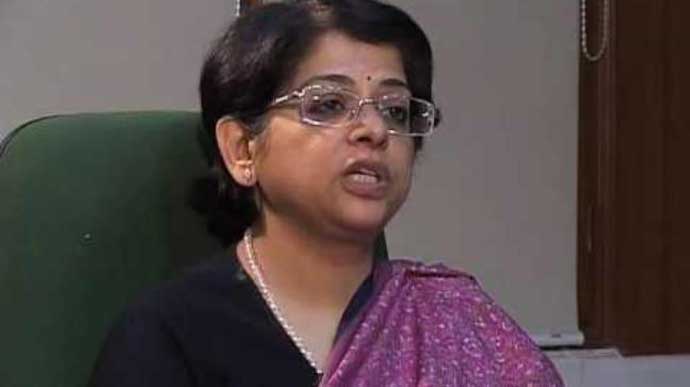 Justice Malhotra has exhibited the balance and restraint in her assessment. (Photo: PTI)

Post your comment
#SC, #Religion, #Tamil Nadu, #Kerala
The views and opinions expressed in this article are those of the authors and do not necessarily reflect the official policy or position of DailyO.in or the India Today Group. The writers are solely responsible for any claims arising out of the contents of this article.