Sajad Lone: 'When people like Omar Abdullah talk about the rights of Kashmiris, it only trivialises the issue'

Sajad Gani Lone, Chairman, Jammu and Kashmir People's Conference, spoke with Rohit E David on the BJP and Article 370 and 35A, the Congress and AFSPA, talks with Pakistan and talks by Omar Abdullah.

Q. The BJP in its manifesto has said they are going to revoke Article 370 and 35 A — what’s your view on that?

How can they do it? We have seen the worst in the last 30 years and I am of the firm belief that if the special status had not been eroded, things would not been like they are.

For the last 30 years, you are conducting operations. Military means can at best contain a conflict, not defeat it. You have to now look at non-military measures and that would mean reversing the erosions. Abrogation simply is not on the menu — and talking about is tantamount to inciting people.

Q. So, would you agree with the Congress' position that removing/reducing AFSPA could end militancy in Kashmir?

AFSPA has been there for the last 30 years and you cannot say that it has been a success.

It cannot end militancy in the state. And AFSPA has become a point of prestige for many people. Some people believe that nationalism can be defined on whether you support or oppose AFSPA. The reality is that it has done more damage on the ground than it has benefitted anyone.

It is a part of the problem — not the solution.

Q. Meanwhile, the Jammu and Kashmir government is seeing to no civilian traffic plying on the Kashmir highway for two days every week — your view?

This is turning out to be a humanitarian disaster. In any society, there are security and civilian needs. However, the needs of the civilian population are always paramount. You cannot stop people from commuting. This is impractical and if anything, it has alienated people even further. It simply says that our security needs are paramount, irrespective of what happens to the people who are the inhabitants of the land. It has political, moral and ethical ramifications.

You cannot stop people from doing their normal daily routine work. Insurgency is present in many places around the world — but this move seems a first of it kind. 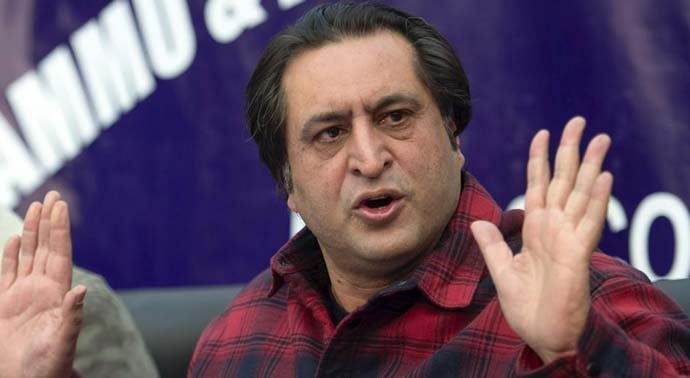 'No, AFSPA won't end militancy. It's part of the problem. Not the solution.' (Source: PTI)

Q Omar Abdullah has said that Kashmir needs a Prime Minister of its own. Do you agree with him?

Certainly we need to reverse the erosions and restore these posts — but once people like Omar Abdullah talk about it, it trivialises the issue. Their party has been an active participant in most of the erosions.

Q Should India have talks with Imran Khan and Pakistan on Kashmir?

Yes. We need to have talks. Dialogue is a reality and a civilized nation has to embrace it, maybe today, tomorrow or the day after. But it must be done.

Post your comment
#Pakistan, #Imran Khan, #Omar Abdullah, #Article 370
The views and opinions expressed in this article are those of the authors and do not necessarily reflect the official policy or position of DailyO.in or the India Today Group. The writers are solely responsible for any claims arising out of the contents of this article.