Kumar is the first top leader of the Congress to be convicted.

A full 34 years after Sikhs were massacred in a series of pogroms erupting in response to the assassination of Indira Gandhi by her Sikh bodyguards, the Delhi High Court on Monday, December 17, convicted Congress leader Sajjan Kumar in connection with the case.

The 73-year-old Kumar, who has been ordered to surrender by December 31, has been sentenced to a life in prison by the Delhi HC.

Kumar, who has been ordered not to leave the city, was convicted in the killing of five members of a family in Raj Nagar in Delhi.

While many witnesses and survivors gave accounts of Congress leaders leading mobs targeting Sikhs, Sajjan Kumar is the first well-known leader of the party to be convicted.

Who is Sajjan Kumar?

Kumar is a senior politician from the Congress. He has been active in Delhi politics since the late 1970s. Kumar first tasted victory in the local municipal election in 1977 and was elected as a councillor. He won the 2004 Lok Sabha elections on a Congress ticket from the outer Delhi Parliamentary seat. 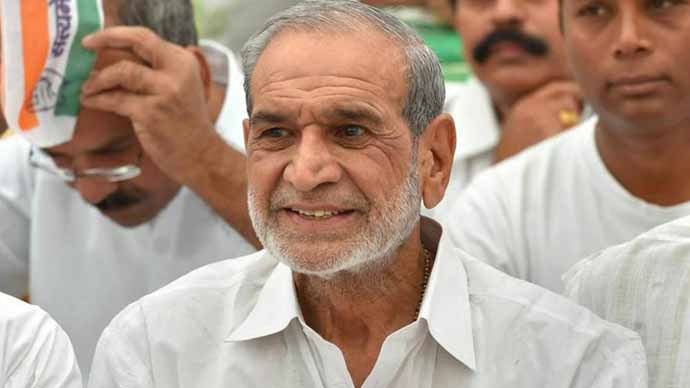 Sajjan Kumar is the first well-known leader of the party to be convicted in the 1984 anti-Sikh riots case. (Source: PTI)

What the court said

Delivering the verdict today, the court said, “In the summer of 1947, during Partition, several people were massacred... Thirty-seven years later, Delhi was the witness of a similar tragedy. The accused enjoyed political patronage and escaped trial.”

Referring to the courage of Jagdish Kaur, the victim who had fought for action to be taken against Sajjan Kumar and others, the HC bench said, “It is important to assure the victims that despite the challenges, truth will prevail.”

It is pertinent to note here that 34 years is too long a test of human patience for justice. To expect victims of riots, who have seen their men being burnt alive, their women being raped and bludgeoned to death, their children crying with hunger in camps that offer subhuman conditions for survival, to continually wage a war for justice is beyond callous.

It is one thing to say that the human spirit is insurmountable — and quite another to run to the courts, in the heat and the dust and the chilling winters of this country, year after year, decade after decade, especially after those meant to support you — those you loved — have been raped, killed and maimed.

That it takes 34 years to prove that someone orchestrated that particular riot, that people did not just die, but were killed, should make us ask, should the onus of proof be so heavily on the victims? Shouldn’t the government and courts do something more to mitigate their suffering — something that goes beyond announcing and ordering monetary compensations? 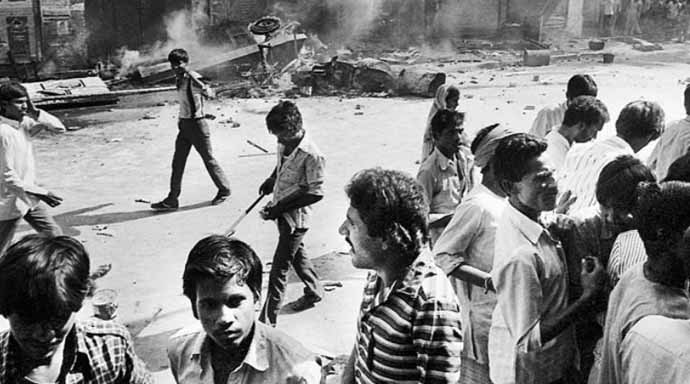 According to official figures, 3,000 people were murdered in the 1984 riots. (Source: India Today)

According to official figures, at least 3,000 people were killed by mobs after the assassination of then-Prime Minister Indira Gandhi on October 31.

Unofficial figures suggest over 17,000 were killed.

The power of memory

It has been a long time. But the smell of the flesh set afire in the winter of 1984 still haunts the memories of those who became witnesses to the barbarity that danced unfettered during the anti-Sikh riots — whose epicentre was the national capital itself.

But people held on to that memory, not letting it weaken them, but using it as a tool to ensure the perpetrators of such crimes were brought to book.

As seasons changed, the victims of 1984, who lost all they had, held on to their memories, recounting before tribunals and courts what they heard and what they saw when the mobs came after them. It is never easy to recount your horror, to relive the memories that make you cry your heart out. Yet, they fought not just those in power — but their own urge to give up and go.

Kumar is an example of how public memory helped bring a perpetrator to his logical end — a life term in jail.

The taint of the riots on Kumar wasn’t going to fade away because there were those who promised they would not forget.

Even as the case went on, Kumar himself became politically obsolete.

In April this year, Sajjan Kumar and Jagdish Tytler, another Congress leader accused in the anti-Sikh riots case, were asked to leave New Delhi's Raj Ghat, where their party was staging a protest and hunger strike over atrocities on Dalits.

Sources say JD Tytler & Sajjan Kumar were asked to leave Rajghat, where the Congress party is staging a protest and hunger strike over atrocities on Dalits. #Delhi pic.twitter.com/HDlodke0GJ

The stories of violence and injustice we, the people, keep alive are always a sign of the battle between the powerless and those in authority — the battle of memory against forgetting.

The batle between love and hate.

Also read: Pulwama killings: Kashmir is an ‘integral part of India’. If the integral part is bleeding, how is the rest of the country fine?