The 1984 Sajjan Kumar judgement: It brings some closure, but also opens vital questions

Why did Delhi become 'stateless' during the anti-Sikh carnage? Why was there never proper political accountability? Will India ever have strong laws against genocide?

Talking heads grabbed TV microphones in no time after the Delhi High Court reversed the acquittal of Sajjan Kumar and sentenced him to life in jail for his role in the 1984 massacre of the Sikhs. Twitter exploded with political statements. Euphoria built up over Sikh WhatsApp groups that I am part of.

Players in our power structure had orchestrated a similar atmosphere in 2005.

That was when Dr Manmohan Singh, himself a Sikh, issued what was advertised as an apology by the nation's Prime Minister in Parliament back then. 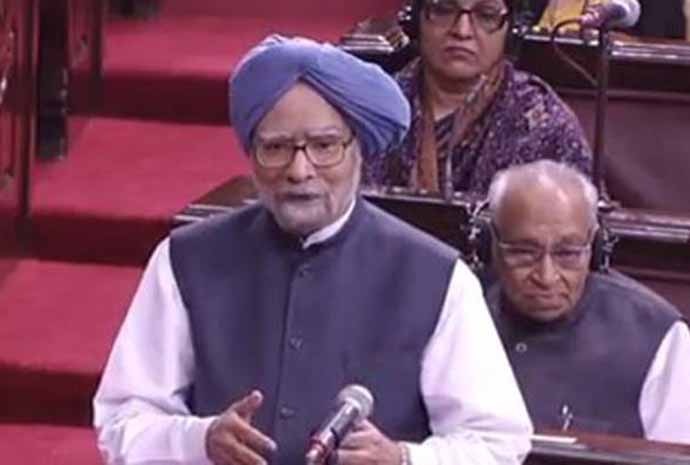 As PM, Dr Manmohan Singh offered the nation an apology for 1984. (Photo: Via Lok Sabha TV)

"I have no hesitation in apologising, not only to the Sikh community, but to the whole Indian nation because what took place in 1984 is the negation of the concept of nationhood enshrined in our constitution,” Dr Singh told the Rajya Sabha 13 years ago, while responding to demands for an apology from the then-Congress-led government in connection with 1984. "So I am not standing on any false prestige. On behalf of our government, on behalf of the entire people of this country I bow my head in shame that such a thing took place."

Now, that was an emotive statement. The ruling elite in the UPA was quick to portray it as an act of statesmanship — and their propaganda found resonance in the press in the form of pro-government editorials and headlines.

Let us take a look now at how apologies — in the literal sense of the word — for grave crimes against humanity have been delivered in some other parts of the world.

In 2008, Australian Prime Minister Kevin Rudd called for bipartisan action in the country's tortured relations with its indigenous peoples. Sample Rudd's 2008 apology and its wording: "Parliament is today here assembled to deal with this unfinished business of the nation, to remove a great stain from the nation’s soul, and in a true spirit of reconciliation to open a new chapter in the history of this great land, Australia,” he told the Australian Parliament. Australian PM Kevin Rudd also offered an apology for crimes against Aboriginal people. His apology was quite different. (Source: Reuters)

"We apologise especially for the removal of Aboriginal and Torres Strait Islander children from their families, their communities and their country," he said. "For the pain, suffering and hurt of these Stolen Generations, their descendants and for their families left behind, we say sorry."

The contrast is starkly visible — Dr Singh's 'I' versus PM Rudd's 'We' and 'Parliament'.

Our Prime Minister's apology fell short of fully accepting the legal responsibility for the statelessness that India fell into for days after the 31st of October, 1984.

The state did not recognise the role it played in ensuring the police registered no FIRs, made no arrests, imposed no curfews — but in fact, looked the other way as the maddened crowds burnt Sikhs alive, set their properties on fire and raped their women. As the country's first Sikh Prime Minister, Dr Singh made no mention of how the savage attackers received unrestricted supplies of fuel and weapons to hit their targets with precision, their 'targets' being legitimate citizens of India.

Still, powerful Congress politicians manufactured a mood of exultation over their PM's apology, aided by a compliant press.

"Sajjan Kumar was the symbol of the 1984 riots. His conviction by the Delhi High Court is a delayed vindication of justice," Union minister Arun Jaitley told reporters after the ruling.

Spot on, minister Jaitley — Kumar indeed is a symbol. But the malaise lies elsewhere.

It's the same malaise that caused the year 2002 to go down in Indian history as another black year for the murderous events that unfolded in Gujarat.

No point going ga-ga over individual convictions on a case-to-case basis.

The 1984 pogrom is no longer a domestic issue. Diasporic Sikhs have been able to internationalise it successfully. Several legislative assemblies in North America have adopted motions and resolutions, describing the killings as "genocide".

Let's not run away from calling a spade a spade.

The Delhi High Court called it so on Monday while ruling over Kumar. But it still missed the eyes of some of our passionate media fraternity and several political leaders.

Let me highlight paragraph 367.6 of the order that Justices S Muralidhar and Vinod Goel wrote. In a nutshell, it underscored how critical it is for Indian democracy to incorporate special laws on genocide and crimes against humanity in our statutes. "In India, the riots in early November 1984 in which in Delhi alone 2,733 Sikhs and nearly 3,350 all over the country were brutally murdered (these are official figures) was neither the first instance of a mass crime nor, tragically, the last," the court wrote.

"Common to these mass crimes were the targeting of minorities and the attacks spearheaded by the dominant political actors being facilitated by the law enforcement agencies," the High Court noted.

The criminals responsible for the mass crimes, it observed, have enjoyed political patronage and managed to evade prosecution and punishment.

Bringing such criminals to justice poses a serious challenge to our legal system, the court acknowledged. "As these appeals themselves demonstrate, decades pass by before they can be made answerable. This calls for strengthening the legal system."

The High Court pointed out that neither crimes against humanity, nor genocide is part of our domestic laws for crime. "This loophole needs to be addressed urgently," the order read.

Let's see which government acts urgently on this judicial call — aside of providing TV soundbites now.

#Congress, #1984 riots, #Anti-Sikh riots, #Sajjan Kumar
The views and opinions expressed in this article are those of the authors and do not necessarily reflect the official policy or position of DailyO.in or the India Today Group. The writers are solely responsible for any claims arising out of the contents of this article.