Cinema in India has taken a huge leap, but there is one thing that remains the same – how women are treated on screen.

A few days ago, while flipping television channels – somewhere between Game of Thrones and news about how Salman Khan is being unapologetic for comparing his physical hardships to a raped woman – I saw the image of the star with his lips puckered in the midst of an air kiss, looking decidedly lascivious.

It made me stop.

I had seen that face before – and no I don’t mean Salman Khan. I mean I had seen the same expression before.

I was reminded of a time once when I was on the back of my then boyfriend’s (now ex-husband’s) motorcycle when a slightly plump man in a banged up Maruti 800 pulled up beside us, and made the same expression, looking at me – the puckered face, suggesting a kiss, while making ugly sounds.

Also read: How to joke about rape like Salman Khan and get away

In almost one swift movement, my ex jumped off the motorcycle, put it on the stand with me still sitting on it, and pulled the man out of the car, and started beating him. 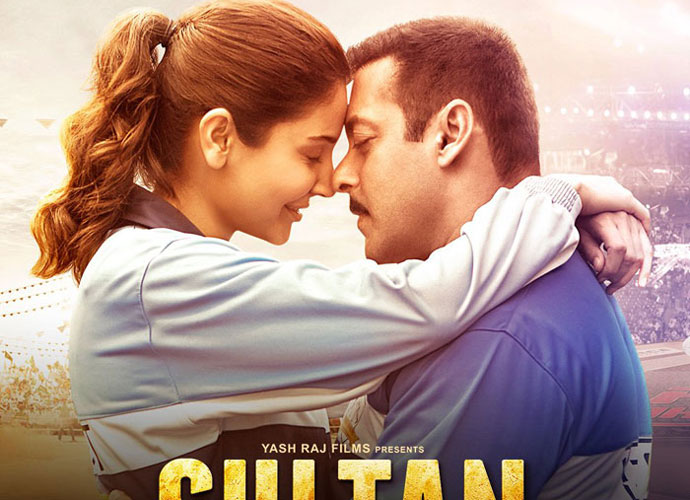 A poster from the film Sultan, starring Salman Khan.

I watched in horror the two versions of distorted masculinity playing out in front of me. By the time I managed to get off the motorcycle and stop my ex – the air kisser was all set to flee.

Today, I imagine, he must be watching the trailer of Sultan and finding Salman do exactly what he did and, wondering, why there was so much of protest when he did exactly the same thing. He must be muttering the same mantra under his breath; all molesters chant it when a woman calls them out, “maine kya kiya ji?” (what have I done?).

Also read: Salman Khan is our most pathetic superstar

Of late, there has been a lot of talk about whether the “rape analogy” - Salman recently said his heavy training schedule for the film Sultan left him feeling "like a raped woman" - was appropriate or not. In another hot film-related debate - Udta Punjab had to fight its way through the censor board to get to the screens.

What do both these cases have in common?

The fact that everyone is now waking up to the fact that films and film stars actually influence people.

Oddly enough, this fact largely escapes those from our film industry.

Many continue to irritatingly repeat their mistakes, by saying “it's just entertainment”. As though entertainment is mutually exclusive to influencing people and is not about actually forming a deep connection.

I went on YouTube and watched a song from Sultan where Salman puckers his lips, to see if I had got it right.

Had I misunderstood it? What I found is that the entire song is about a strong woman wanting to dance and be left alone, while a man relentlessly pursues her, teases her, and harasses her. The song ends with her pushing him out of her house – not figuratively, but literally shoving him out.

It is common knowledge that Salman is hero to almost every man in this country. And that’s the way he shows he gets his girl, that’s the message he inevitably sends out – harassment, molestation and finally assault. I can already hear the ho-hum, eye-roll of many men and women in the film industry. One gets it all the time.

They feel ambushed by feminists without even knowing who they are. Generally, they’re not okay with being told that their depiction of women is totally wrong but frankly, enough is enough.

And that’s the underlying reason there was a fracas over Salman’s rape analogy. People have had just about enough – it’s the proverbial straw that broke the camel’s back.

So much has changed about Indian cinema. Over the last 15 years particularly, films in India have taken a huge leap in terms of technology, structuring and even organisation. However, there is one thing that remains the same – how women are treated on screen.

Every item song, every out and out commercial film, and I would say about 90 per cent of films in India, are downright degrading to women.

And while it's easy to put one actor in the dock... what we really need to look at are the creators of films. Writers, producers, directors and choreographers who fuel this misogyny must be brought into question too.

I wondered as I saw the Sultan song how it never occurred to anyone on the set – director, producer or choreographer that what they’re depicting is a tale of harassment?

And the same goes for the majority of what we see on screen today.

They make crowds of men lunge at unsuspecting woman – it’s not hard to see where ideas of gang rape are seeded, or mercilessly stalk them and make women invite men to commit every kind of violence on women.

As their desperation to entertain and bring crowds into the theatre increases so does the crime against women.

It may be hard for these people to hear this but it’s entirely true. And the truth is no one is asking for them to up their filmmaking skills, or be better human beings (because that would require some depth and hard work) but just to be considerate and world-aware.

Or then they can just continue to act flummoxed and indignant every time a barrage of people complain about their bad choices in the way that they depict women and other communities. And in time they will becomes obsolete.

#Rape, #Sultan, #Salman Khan
The views and opinions expressed in this article are those of the authors and do not necessarily reflect the official policy or position of DailyO.in or the India Today Group. The writers are solely responsible for any claims arising out of the contents of this article.