How India's security laws are being misused

Invoking draconian laws in trivial cases is setting the stage where the laws will become ineffective in confronting real threats.

The phenomenon of antibiotic resistance is not unknown in India where it is easy to buy them over-the-counter. The result is that when you really need them, they are ineffective. And in a country with the highest bacterial disease incidence in the world, the consequences are tragic.

Something like this is happening with the laws of the land aimed at protecting the security and integrity of the country.

Invoking draconian laws like the National Security Act, 1980, (NSA), or the colonial-era Indian Penal Code Section 124A, which penalises sedition, in trivial cases, is setting the stage where the laws will become ineffective in confronting real threats.

On Monday, news reports said that three people have been arrested under the NSA by the Uttar Pradesh Police for cow slaughter in Bulandshahr. Yes, cow slaughter. This relates to the December 3 incident in which a police inspector, Subodh Kumar Singh, was killed by a mob protesting the alleged incident of cow slaughter.

The UP government has taken great pride in invoking the NSA, in what it claims to be its bid to fight crime. (Photo: PTI)

Irony would be too mild a word to use here, where the death of a policeman on duty is treated as an ordinary crime, while the alleged killing of cows is a national security threat.

The UP government has taken great pride in invoking the NSA, in what it claims to be its bid to fight crime. It enables the government to detain a person for up to 12 months, using it against any person whose actions are prejudicial to the security of India, the relations of India with any foreign country, the maintenance of public order and essential services and supplies. A person can be detained for 10 days without even being told why he or she is being detained.

A three-person advisory board made up of high court judges, or persons qualified to be so can extend the detention to three months.

In January 2016, the Yogi Adityanath government in UP itself issued a press release claiming that the NSA had been invoked against 160 persons, including the Dalit activist and commander of the Bhim Army, Chandrashekhar, who was arrested in June 2017 and released in September 2018.

NSA detentions are, of course, a less drastic course taken by the UP government; it has also killed more than 50 alleged criminals in police “encounters”. This has now drawn the attention of the Supreme Court and UN human rights activists. It is well known that in India “encounter” killings often amount to nothing but officially sanctioned murder.

The Union government is not to be left behind in this feast of extrajudicial activism. It has ordered the Delhi Police to launch a case of sedition against Kanhaiya Kumar, Umar Khalid and eight others.

The fact that the charges are being made three years after the alleged use of “anti-national slogans” by Jawaharlal Nehru University (JNU) students in February 2016, and on the eve of the general elections, suggests that their motive is political.

The case against Kanhaiya Kumar is thin. Anyone with a modicum of understanding of politics will know that he, a Communist Party of India activist, will not be a supporter of separatism or advocate a violent overthrow of the government. That is a past the CPI buried 70 years ago.

The police have deliberately mixed up a situation where Kashmiri students who may have raised slogans against the Indian state, with the presence of the JNU Students Union activists who happened to be at the scene.

Meanwhile, an Assamese intellectual, Hiren Gohain, has been charged with sedition for a speech he delivered at a rally in Guwahati on January 7, opposing the Centre’s decision to pass the Citizenship (Amendment) Bill, 2016, in the Lok Sabha.

Actually, Gohain has been a stern critic of the Bharatiya Janata Party, which he says is seeking to spread Hindutva in Assam through measures like this Act. In fact, he has been a strong supporter of the National Register of Citizens. 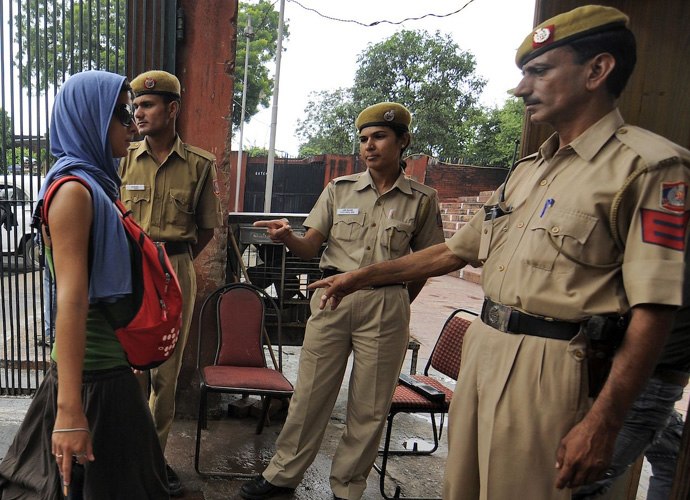 Section 124(A), which has been imposed on Kanhaiya and Gohain, goes back to 1870 and was clearly aimed at preventing the expression of any dissent by against British rule in India. So, not surprisingly, in 2019, it is being trundled out to suppress political dissent; Not to really safeguard the country’s security and integrity.

In 2018, India Today revealed that of the 179 people arrested for sedition in the period between 2014 and 2016, only two were convicted. Not surprisingly, the maximum arrests and no convictions were in Haryana. This was probably a fall out of the Jat agitation for reservations.

Among those tried and sentenced for sedition was Mahatma Gandhi, who described Section 124A as “perhaps the prince among the political sections of the Indian Penal Code designed to suppress the liberty of the citizen.” What the Mahatma said in 1922, seems to resonate today as well.

Also read: Why India must get rid of sedition law

#National security act, #Narendra Modi, #BJP, #Security laws
The views and opinions expressed in this article are those of the authors and do not necessarily reflect the official policy or position of DailyO.in or the India Today Group. The writers are solely responsible for any claims arising out of the contents of this article.