It seems another controversy is set to rock the judiciary. A public interest litigation has been filed in the Supreme Court by former law minister Shanti Bhushan challenging the manner in which CJI Dipak Misra exercises his administrative powers.

The manner of exercise of these administrative powers was the sole bone of contention between the CJI and the top four dissenting judges who held a press conference in January. Despite the CJI issuing a formal roster, the matter is far from being settled. Administrative powers refer as to how the cases are allocated in the Supreme Court - the number or the strength of the bench, which bench will hear the matter, its coram, etc. If it’s a constitutional matter, then the CJI needs to constitute the bench and also the time when the hearing shall commence. To get swayed by the term "administrative" would be deeply misleading. It’s not just mere clerical "administration" in the ordinary sense, but a crucial component of delivery of justice. 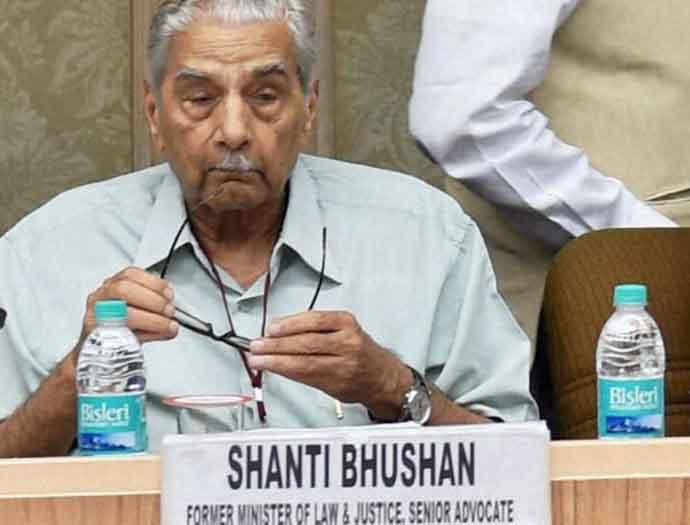 In the corridors of top judiciary the "mood" of the bench is an often-used term. It refers to beliefs that judges may hold on a public matter which they may have expressed during a hearing or the alleged "political leanings".

In the past six months, much has changed about the way we talk about the Supreme Court. The unsaid is spoken of and the lines for contempt have been pushed. Thanks to the top four judges who held the historic press conference and spoke of the irregularities in the Supreme Court and the manner in which the CJI office is functioning, it is now no more a hushed discussion as to how some benches are considered to be "preferred benches" which may give a "desired outcome". The undertone of the allegation is that of the executive interference and the political leanings of judges.

The allegation is not of corruption, but of impropriety or cosying up to the powerful executive. Justice J Chelameswar asserted that allegation once again in his latest letter to the CJI.

After the top four judges made their grievances public, the chief justice of India who is rightly the "master of the roster" and holds exclusively the administrative powers in the Supreme Court came up with a formal roster system. The roster divided the cases on the basis of their nature, but the CJI held the sole domain to hear politically sensitive public interest litigations.

In the tenure of CJI Dipak Misra, who assumed office in August 2017, the top four judges have remained out of all the crucial constitution benches, including Aadhaar, Centre versus Delhi government etc. This is different from the tenure of former CJIs like Justice JS Khehar and Justice HL Dattu.

Further, under the new roster, the CJI holds the exclusive domain to hear all public interest litigations. The Supreme Court Bar Association and many legal luminaries had suggested that top five judges should be allocated PILs after schisms between the CJI and the top four judges became public.

The present PIL filed by Shanti Bhushan points the above alleged concentration of power with the CJI office. The plea says: “The master of roster cannot be unguided and unbridled discretionary power, exercised arbitrarily by the hon’ble chief justice of India by hand-picking benches of select judges or by assigning cases to particular judges. Any such power or its exercise would result in a subversion of democracy and the rule of law as guaranteed under Article 14 of the Constitution. The authority of the hon’ble chief justice of India as master of roster is not an absolute, arbitrary, singular power that is vested in the chief justice alone and which may be exercised with his sole discretion."

The matter is likely to be mentioned for urgent hearing. Key questions remain unanswered. Since the CJI is a party in this case, who shall allocate this case and to which bench. Is such a case admissible per se?

The petition seeks that the top five judges of Supreme Court must hear the matter.

The silence after the historic press conference should not be construed as all is well within the judiciary. It is perhaps the lull before yet another storm.

Also read: Why the top four SC judges spoke for every dissenting Indian