Is 10 Janpath, home to several politicians, including Sonia Gandhi, haunted by ill luck?

Could a mazar in the compound of 10 Janpath Road perhaps be a reason for the dark circumstances that dogged some of its inhabitants?

I don’t know why they call Sonia Gandhi’s house ‘unlucky’. It is at the centre of Lutyens' Delhi, it has seen the rise of the Gandhi family into the third generation. And yet, somehow, all never seems as it should be.

Much has been written about a mazar in the compound which apparently stands underneath a large sprawling tree. While many are fearful about living so close to a mazar, it is also a needless superstition perhaps.

It is strange though how ill luck has dogged some of the past inhabitants. Lal Bahadur Shastri and his wife moved in there after he became Prime Minister in 1964. Just two years later came the tragedy in Russia, and no one really knows what killed him.

Shastri was in Uzbekistan to sign the Tashkent Accord and was staying at a villa provided by his Russian hosts. He had a light dinner, and a glass of milk before turning in. It was in the middle of the night that he suddenly woke up coughing violently and by the time his own doctor could reach him, he was dying.

It was called a heart attack, but somehow, the mystery remained. 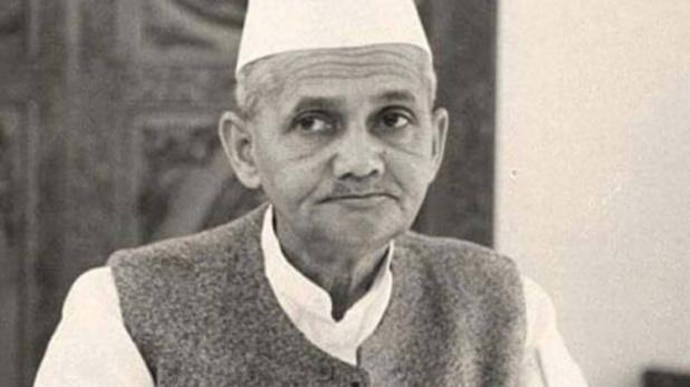 Lal Bahadur Shastri was in Uzbekistan when he died under deeply mysterious circumstances. (Photo: IndiaToday)

After Shastri’s widow Lalitha left the house, Sonia and Rajiv moved in with their children. There were some years of a ‘normal’ life, but then came the terrible assassination of Rajiv Gandhi, the shockwaves of which lingered for years to come. Rajiv was in Sriperumbudur, campaigning for the southern states before the 1991 elections.

The young leader was surrounded by people wanting to greet him, and in that crowd, LTTE assassin Dhanu, while bending down to touch his feet, detonated an RDX-laden bomb. Rajiv’s remains were flown back to Delhi and embalmed before the last rites conducted by the Yamuna.

For Sonia herself, it has been a case of ‘so near, yet so far’.

Almost Prime Minister. For her chosen successor, Rahul, the years have seen much struggle. Finally, the recent state polls rocketed him to the hopeful list – but then, it seemed like the prodigal sister, Priyanka, had to be brought in to strengthen his arm. The very one, they say, has apparently always been steered clear of projecting in politics.

Some may say strange circumstances link to the house and the luck it carries, but then, that’s just what they say. 10 Janpath is like many other bungalows. But it has witnessed suffering too. (Photo: PTI)

There are, after all, so many houses and buildings which have graves within their compounds. Bapa Nagar and Kaka Nagar in Delhi have mazars in their midst. I once stayed for a few days at a government guest house in Kaka Nagar, which had a mazar just outside the main entrance. It was well cared for, with someone always taking care to see that there were red roses and a small chaddar placed on it. It gave a feeling of something sacred and pristine.

Not only Delhi, but the Tollygunge area in Kolkata also has some high-rises built practically next door to graveyards. The Jodhpur Park area has old graveyards mingling with shiny new properties.

In fact, Kolkata’s famous South Park Street Cemetery which goes back to 1767, is located just a few streets away from the house on Robinson Street which was the centre of the bizarre but tragic case of Partha De. He lived with his parents and sister in a large old fashioned house there. They were a successful and well-qualified family, with Partha taking up science, and going on to work at a top-notch IT company, and his sister becoming a music teacher at a prominent school. But tragedy struck after the death of their mother. Isolation and grief led to the family becoming very reclusive. They cut themselves off from all. The case came to light in 2015 when the police found Partha living with a skeleton in the house. It was that of his sister who had been dead for quite some time. His father was also discovered to have set fire to himself and committed suicide.

All that was left was Partha, in shock and trauma. For a time, bizarre stories circulated about this whole case, and about the survivor, Partha De. He was taken to a mental care home, where he eventually recovered some measure of lost peace till his death in 2017. Some may say, he was a sensitive man, maybe even psychic, and the presence of such a large graveyard near the house, played havoc with his psyche.

The dead, I think, are never really far away from us. We simply coexist.

#Mazar, #Haunted, #Ghosts, #Lal Bahadur Shastri
The views and opinions expressed in this article are those of the authors and do not necessarily reflect the official policy or position of DailyO.in or the India Today Group. The writers are solely responsible for any claims arising out of the contents of this article.