Meet the men shaking up the 'empire' of Abdullahs, Muftis in Jammu and Kashmir

The Srinagar mayorship going to Junaid Mattu conveys that a strong third front has emerged in the state.

The recently held urban local body polls in Kashmir witnessed a comparatively low voter turnout, due to months of unease in the restive region. But the results clearly convey that winds of change have begun to blow over the Valley’s political landscape, at least in the mainstream.

Moving forward, the Abdullahs and the Muftis won’t necessarily be the only alternative to each other in ruling the state. A strong third front has emerged in Jammu and Kashmir. 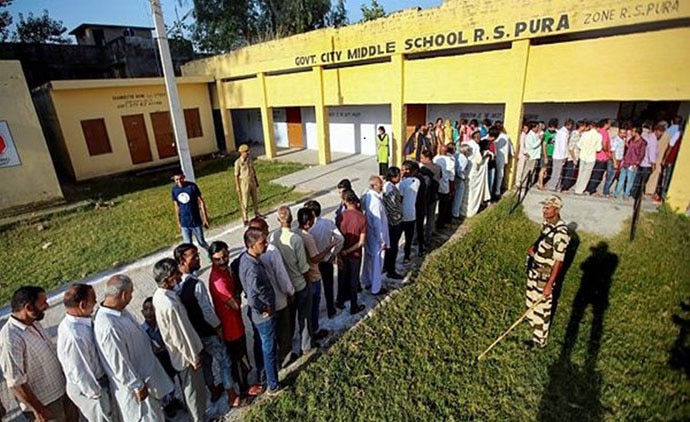 Peoples Conference (PC) chairman Sajad Gani Lone and People’s Democratic Party rebel leader Maulana Imran Reza Ansari are up in action, as a deadly combination against the two dynasties that have ruled the state for decades.

On November 6, Junaid Azim Mattu was elected mayor of strategically-important Srinagar, as the PC’s candidate to the post. The summer capital has traditionally been dominated by the National Conference and the PDP, led by Omar Abdullah and Mehbooba Mufti respectively.

The NC and the PDP had boycotted the urban local body polls, demanding that the Centre make clear its stand on Article 35A, which grants special status to J&K.

But then, it was an open secret that both parties had fielded their proxies — a belief strengthened by both outfits maintaining silence over such allegations. Sajad Gani Lone has been a force to reckon with for years. (Photo: PTI/file)

In the city spanning 74 municipal wards, Mattu, a former NC leader who preferred “ghar wapsi” into the PC, bagged the support of 40 councilors to emerge as the mayor. His arch rival and Congress candidate got only 26.

An independent contestant in the poll fray, Mattu was backed by the PC and covertly supported by Imran Reza Ansari and others in his rebel group. These leaders had raised a banner of revolt against Mehbooba Mufti after the collapse of her government earlier this year.

The BJP, which won four wards in the SMC elections, had also thrown its weight behind Mattu.

In the SMC elections, Independents bagged 53 out of 74 wards, while the Congress secured 16 wards. Lone, a former minister whose party was not given an election symbol, had fielded his candidates as Independents. And, 20 of them won.

Mattu’s success in the mayor elections suggests that the other 20 who backed him were proxies of Ansari, who is also a prominent Islamic leader enjoying influence in Shia pockets across Kashmir.

Though the PC made a clean sweep in Lone’s native Handwara constituency in frontier Kupwara, bagging all 13 seats, it’s their maiden victory in Srinagar that makes a big difference.

Srinagar, with eight Assembly seats, traditionally holds the key to the state’s throne. Over the years, it has been believed that the party which bags a majority in Srinagar emerges as the ruling party in the state. Addressing a press conference to celebrate the win, the PC Chairman said his party had “emerged as an alternative to the dynastic parties”. “The so-called boycotters united to defeat my candidate Junaid Mattu. I am delighted over my party’s victory, because NC, PDP and Congress had allied against us. I wonder where the councilors of these parties sprang up from, when they had taken the high moral ground of boycotting the polls,” he said.

Lone endorses his alliance with Ansari. The duo is in news for their friendship, and many of their admirers define them as the ‘deadly-duo’.  In fact, taking inspiration from yesteryear blockbuster Sholay, the two are reportedly also called Jai and Veeru, aspiring to uproot the “Gabbars.”

But then, if Lone-Ansari is emerging as an alternative to the ruling dynasts, the Abdullahs and the Muftis, it means people are fed up of years of governance marred by allegations of corruption and favouritism. 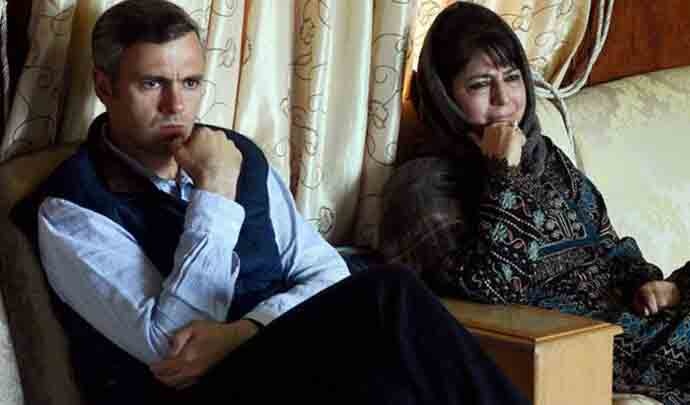 The ground seems to be slipping from under the feet of the two dynasties that have ruled J&K for decades. (Photo: PTI/file)

After all, Governor SP Malik recently stated that the “twin evils of corruption and nepotism have been at their peak in Jammu and Kashmir.”

Solving a problem as complex as Kashmir, with tentacles spread as far as Muzaffarabad and even beyond, hasn’t been possible for regional politicians so far. And it might never be.

But the deliverance of good governance void of corruption and favouritism is something achievable.

If Lone-Ansari have emerged as a new hope, the “deadly-combination” needs to understand how to live up to the public’s aspirations and expectations.

Otherwise, Kashmir has been a graveyard of reputations — where the once lively Abdullahs and the Muftis are just adding to the narrative of political deaths, this time at the hands of Lone and Ansari.

Also read: Faizabad becomes Ayodhya: Why we are not surprised at all this time