How to clinch the war of words

When it comes to strategic communications, the record of the Modi government is pretty dismal.

For all the claims of the Modi government being on top of the game of managing public perceptions, these claims are true only to the extent of domestic politics. When it comes to strategic communications, the record of the Modi government is pretty dismal. Over the last two years, on at least three occasions - the Rafale controversy, the Balakot strike and the recent stand-off with China in Ladakh - the government's strategic communications strategy has been notable in its absence. In each of these instances, instead of guiding, setting and controlling the narrative, the government has invariably been found itself behind the curve. Worse, when faced with a barrage of negative news (some real, a lot twisted, and some palpably fake) the government appears to be like a deer caught in the headlights.

Whenever faced with a situation of information assaults from adversaries (both local and foreign) the standard response is one of the following: ignore or dismiss with contempt without making any effort to refute what is being said with facts; if this doesn't work (as it very often doesn't in issues of war and peace, foreign and security policy, or even diplomatic tangles), then issue a bland press release or a statement that raises more questions than it answers; when even that fails, then party apparatchiks and followers start imputing base political and personal motives to detractors without really bothering to debunk them in a coherent manner. 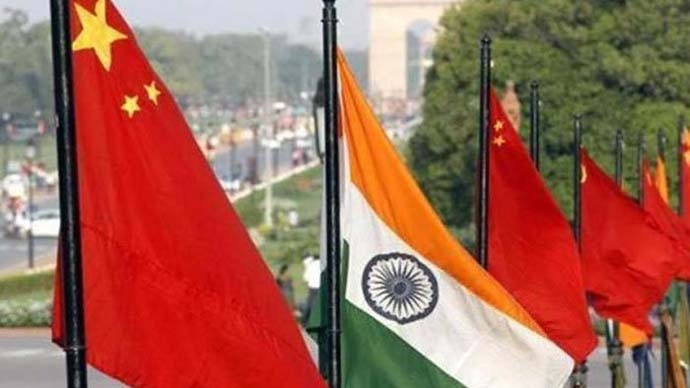 The government's strategic communications strategy has been notable in its absence in the recent stand-off with China in Ladakh. (Photo: Reuters)

In an age in which Twitter is the new press release, by the time the press release is issued, whatever had to be said has already been said, the narrative has been shaped and the damage been done. The damage control that follows is by definition playing catch-up and not of setting the narrative. This is exactly what happened with the PM's statement at the all parties meeting on the crisis with China. Within minutes of the PM's statement, social media interpreted it quite differently from what the PM intended. For a government that monitors social media very carefully, a clarification should have come within minutes of the misinterpretation. And yet, the clarification came nearly 24 hours later by which time the game had already slipped away.

It wasn't always like this. Two decades ago, the then NDA government used the electronic media (which was still in an adolescent stage) to telling effect during the Kargil conflict. The regular joint press briefings in Delhi by the military's spokesperson and the MEA spokesperson, coupled with the free access given to media personnel to report right from the frontlines managed to set the agenda, capture the narrative of the war and destroy Pakistan's factory of lies. It was quite clear at that time that the media can function as a force multiplier in conflict situations. Unfortunately, rather than build upon that success, India frittered it away.

After Balakot again, it was independent analysts who used open-source intelligence and punctured the Pakistani propaganda. And now, during the standoff in Ladakh, it is these very same analysts who, using commercial satellite imagery, put a lie to claims that thousands of Chinese soldiers had entered and occupied Indian territory in multiple locations. So compelling was the evidence presented by these analysts that even those who called them 'shadowy operators' and 'amateurs' started to use their images in their own articles!

Had the government a modicum of understanding of how to manage strategic communications, it could have used the media to correct the false and politically motivated narrative being peddled by detractors of the government. All that was needed was to follow the Kargil template: provide regular briefings to the media, give them access to the frontlines, provide them with military satellite imagery and other information in a transparent manner without disclosing any operational details. The best way to shut down fake news is to have a surfeit of genuine reportage.

This was a lesson that was also used in J&K in the 1990s when the place was opened up for both national and foreign journalists. As long as there were restrictions, there was no dearth of fake news. But the moment J&K was opened to the media, the fake news was swamped by real news, which helped in correcting the negative narrative on Kashmir internationally. Unless the government learns from its recent failures and past successes and revamps its communications systems and structures to keep in step with the times, it will be in a damage control mode.

Also read: Why nations must unite to take China on