The Supreme Court has indefinitely extended the deadline to link Aadhaar with bank accounts and mobile phone numbers. However, the interim order has also upheld the requirement of the Aadhaar Act (2016) which makes the biometric identity mandatory to access 139 critical government schemes and programmes, used largely by India’s poor and low-income groups.

The highest court of the country has chosen to ignore the stories of Aadhaar-related deaths, the testimonies of people being denied their entitlements every day and the concerns around privacy for the poor. Through this order, the SC has exposed itself to criticism that it is pandering to the privileged while ignoring the concerns of India’s toiling majority.

Judges are not supposed to give rulings after watching TV, but if they had heard the stories from the Kisan Long March to Mumbai, one wonders whether they would have given a different Aadhaar ruling? During the march, several farmers interviewed spoke of their difficulties with Aadhaar, and how the biometric identity and the requirements of linking, seeding, authenticating have become hurdles for them to access their loan waivers and other government programmes. 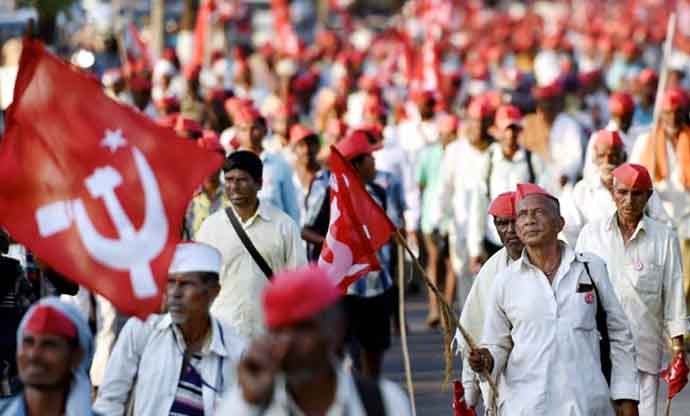 While the government of Maharashtra has accepted the farmers’ demands of loan waivers, forest land rights etc, it hasn’t addressed the problem of how benefits will reach the farmers, when the delivery machinery based on Aadhaar is just plain broken.

Maharashtra has had previous troubles with processing loan waivers. In 2017, the online registration for loan waiver implementation failed as hundreds of farmers had the same Aadhaar number. On further investigation, farmers with the same Aadhaar and savings bank account numbers were found, defeating the purpose of the unique identity used for de-duplication.

Almost 2.5 lakh farmers were found to have discrepancies in their Aadhaar and bank details, making it difficult for the state government to administer the waivers, thus exacerbating their troubles. Similar stories trickled in from Bengal, where the state government wrote to the Centre to remove the compulsory need for Aadhaar to implement the waivers.

The push for Aadhaar is just the first step to be followed by digitisation of agricultural payments and processes. All these stages when implemented will aggravate the problems of the hapless farmers. The bloody farmer protests last year in Mandsaur, Madhya Pradesh, where five people were killed, were not just linked to collapse of demand due to demonetisation, but also to the problems of digitising age-old farming payment practices, procurement and payments, insufficient on-boarding and non-functioning of Aadhaar-linked platforms.

The government has already begun the process of digitisation of one of the biggest farm inputs - fertiliser. The Aadhaar Enabled Fertiliser Distribution System (AeFDS) was piloted in Andhra Pradesh in 2016, and has now been extended to seven states to further test the idea. The government is keen to digitise India’s second-largest subsidy which is a lifeline for many farmers.

An independent evaluation from Andhra Pradesh suggested that low awareness among farmers, and non-functioning of Aadhaar (including authentication through several attempts, mismatching of fingerprints) were major concerns in the pilot phase which was administered in two of India’s most advanced districts. Given that AeFDS was only an experiment, people were able to pick up fertilisers by asking fellow farmers to authenticate on their behalf or request the shopkeeper to give them fertiliser without using the authentication at all.

The compulsory nature of Aadhaar now will wreak havoc on those who are unable to produce Aadhaar or authenticate through it.

It is obvious the Supreme Court through this interim ruling has chosen to overlook the misery of thousands of farmers who marched for over 180km,  demanding their rights, which are being severely tested by Aadhaar.

One hopes that the final judgment takes their misery and experience of this inadequate system into cognisance.