Do Muslims need mosques to offer namaz: How the VHP, and a BJP chief minister, helped shape this debate

The Quran does not instruct Muslims to offer namaz only inside a mosque space.

Indian Islam, or at least, its popular representation, is always characterised by two key elements — a mosque with a minaret, and a congregation offering namaz.

This iconic representation of Islamic religiosity is so powerful that we cannot think of Islam/Muslims without it. This iconic representation of Islamic religiosity is so powerful that we cannot think of Islam/Muslims without it. (Photo: PTI/file)

However, the relationship between a mosque and the act of performing namaz inside it has been an unresolved issue, contributing to a number of political debates in postcolonial India.

Essential and non-essential in Islam

The Supreme Court judgment in the Dr Ismail Faruqui case (also known as the Ayodhya case 1994) is a very relevant example of this mosque-namaz dichotomy.

While justifying the acquisition of a 2.77-acre plot of land in Ayodhya (including the site where the Babri Masjid once stood) by the state, the Supreme Court made a distinction between the ‘practice’ (namaz) and the ‘place’ (mosque).

Evoking the established legal doctrine that the practices and elements of religion may be divided into “essential and non-essential practices”, it is argued that while namaz is an essential practice of Islam, the mosque as a place of worship does not have any special status.

The judgment says: “Under the Mahomedan Law applicable in India……there can be no reason to hold that a mosque has a unique or special status… A mosque is not an essential part of the practice of the religion of Islam and namaz (prayer) by Muslims can be offered anywhere, even in open.”

There is no debate on the fact that the Quran does not instruct Muslims to offer namaz only inside a mosque space.

For this reason, performing namaz (individually as well as collectively) in the open is religiously valid, and legally justifiable. 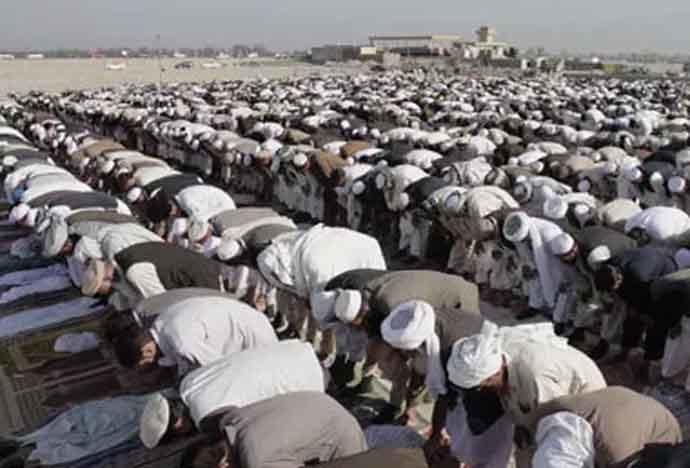 The court said a mosque is not an 'essential part' of the practice of Islam, and namaz can be offered anywhere. (Photo: PTI/file)

But the manner in which the Supreme Court describes the mosque as an unessential entity makes its status a highly contentious issue.

Three conflicting sets of arguments are often made with regard to the status of the mosque. Although they revolve around the Babri Masjid dispute, a few broad observations are made on the complex relationship between the namaz and mosques.

Namaz, or no namaz in a mosque?

The Islamic religious elite, especially the All India Muslim Personal Law Board (AIMPLB), takes a conventional position on this: “Once a mosque, always a mosque”.

It means if a plot of land is purchased and dedicated in the name of Allah as wakf to build a mosque, it would acquire a religiously sacred status, which cannot be taken away.

In other words, the site as well as the structure of a mosque — even if there is no one to perform namaz inside it — enjoys special religious status. Therefore, a mosque cannot be changed, destroyed or shifted. This argument invokes the doctrine of “essential practice” very differently, for making a case for an independent and revered standing of a mosque. 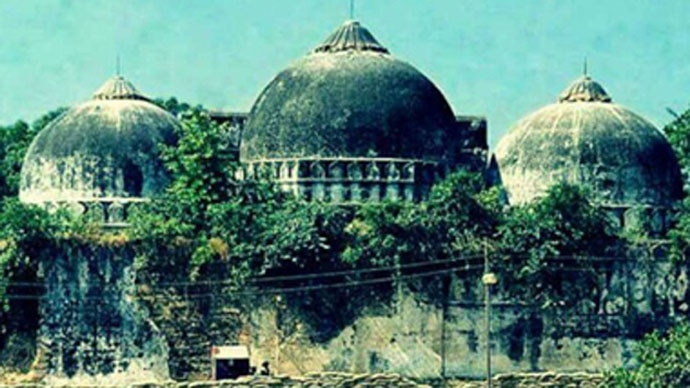 Arguments have been made that namaz should anyway not be read in a disputed structure like the Babri Masjid. (Photo: India Today)

The 19 questions submitted to the All India Babri Masjid Movement Coordination Committee (AIBMMCC) by the Vishva Hindu Parishad (VHP), during the various rounds of negotiations in the 1990s, introduce us to the second set of arguments. The VHP asked the following questions:

These questions could not lead to meaningful negotiations on the Babri Masjid–Ram Temple dispute.

Yet, an interesting position on the status of mosques evolved out of the VHP’s stand.

Invoking an alternative reading of Islamic religiosity, the VHP emphasised the fact that even the Prophet was concerned about the legitimate status of a mosque. That was the reason he did not approve of offering of namaz in mosques that were built deceitfully.

By this logic, the VHP seems to uphold the centrality of namaz as an essential practice, and the legitimate sacredness of all other mosques, except the ones such as the Babri Masjid.

Namaz not in open, but only inside a mosque

The recent controversy, on offering Friday congregational namaz on roads or on vacant plots, especially in Haryana, has produced another set of arguments.

In a series of events, Muslims were forced to stop offering congregational prayers on vacant plots in various parts of Haryana. This anti-namaz move was led by various unknown local Hindutva organisations.

Responding to the debate, the Chief Minister of Haryana, Manohar Lal Khattar, argued that although law and order should always be given priority, “there has been an increase in offering namaz in the open”, and that “namaz should be read in mosques or idgahs rather than public spaces”.

One cannot deny the element of Hindutva in this statement. However, the argument Khattar makes underlines an interesting position.

He seems to suggest that namaz as an essential practice should always be performed inside a designated space, built essentially for this purpose.

Although this claim goes against the Supreme Court verdict in the Ismail Faruqui case, Khattar’s statement indirectly strengthens the argument that namaz and the mosque space are equally sacred, and might well be included in the “essential practice” of Islam's criterion.

Interestingly, despite offering very different conclusions, these contradictory positions on the status of the mosque are highly text-centric. It is assumed that Islamic religious texts — the verses of the Quran, the sayings of the Prophet Muhammad — determine the nature of Muslim religious practices, as well as the status of mosques.

As a result, namaz and mosque debates eventually take a communal overtone. Unfortunately, there is simply no space for appreciating namaz as a cultural practice, and a mosque as an essential part of a built environment, which is shared by practising Muslims — as well as those whose identities are formed through these cultural markers.

Post your comment
#Islam, #Namaz in mosque, #Ismail faruqui case, #Ayodhya verdict
The views and opinions expressed in this article are those of the authors and do not necessarily reflect the official policy or position of DailyO.in or the India Today Group. The writers are solely responsible for any claims arising out of the contents of this article.