Uber or Ola, have efficient surge pricing, not caps on it

In India, it seems to trigger unfair practices.

NR Narayana Murthy, founder of Infosys is fond of the saying "In god we trust, all the others bring data". But in his hometown of Bangalore, they are doing neither. And the Karnataka government had proposed a cap on surge pricing by cab aggregator companies. And recently in Delhi, it was banned. Other cities are expected to follow suit.

Be that as it may, is there really a case for surge pricing? What about an alternate? Or should we ignore "quality" guru W Edwards Deming and just "trust" the way the cab aggregators price their services in their typical all-knowing manner?

Without getting too much into the hubris of microeconomics or the black-box algorithm - which help in matching supply with demand in a given area, and maximising "completed rides" within a minimal waiting period - two simple economic principles are key.

Also read: Are you sure surge pricing isn't taking you for a ride?

They are a) efficiency: sending clear signals about supply-demand mismatches, and b) equitability: ensuring that quasi-rents are accessible to the cabbies who are then "incentivised" to quickly react to the given situation and respond with their enhanced availability. 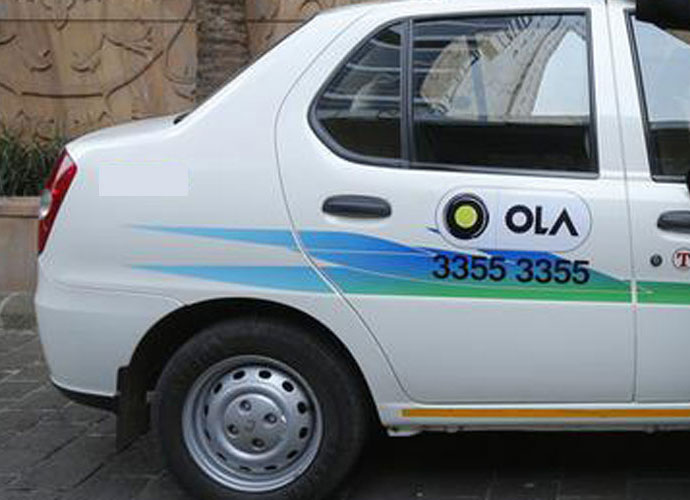 In principle, one is not for caps, but for a full play of surge.

Almost everyday, we voluntarily pay black market and surge prices for movies, bus and rail tickets, a place in the queue, daily trips from the railway/ bus station and airports late at night or early morning (and much else).

All this without as much as batting an eyelid. We do so without knowing what the market-clearing premium is. So for starters, an efficient surge pricing algorithm is perfectly poised to serve an immediate public good - help overcome the asymmetry of information, and do so dynamically in real time, not even with a moment's delay.

A good algorithm should adjust quickly to continuously re-estimate the demand and supply functions. After all, both demand for and supply of these cabs are known to be textbook-elastic.

So are these principles being violated?

Unlike black market prices for movies, rail or bus tickets or even onion and sugar, which are cornered by touts ahead of its sale, cab aggregators can't corner the supply side in advance.

One hears that they switch off their phones during peak time to ensure a surge, and then once that happens, they quickly pick off the unmet demand like rebel snipers picking off construction workers in Iraq. (Remember the movie American Sniper?).

So while the surge is quick to move up, is it equally quick to settle back down? Or does it linger, to the benefit of cabbies and cab companies? My sense is that the algorithm is not dynamic enough to make these adjustments and give an efficient and equitable price for the maximum period of time.

It has become more like time of day (ToD) metering that is in vogue for public utilities like electricity. It has become predictable. For instance, during a long weekend, one would notice a surge factor during peak office hours.

It could be perceived that rent-seeking is predetermined, maybe based on past data sets which the algorithm may be feeding off, rather than contemporaneous demand-supply considerations. You will have noticed too that the wait time for a cab displayed in the app seems to be way off, sometimes by a factor of two or even three times during the surge periods.

Mind you, there is nothing wrong with dynamic pricing. It is beneficial. It efficiently squares off fixed or limited shelf life services with their demand. It is a prevalent practice among airlines, hotels, car rentals, public utility companies, and even the Indian Railways. And yes, even at Disneyland.

In the case of cabs, only ten per cent of the time does the surge pricing kick in, and during majority of the balance time, the cab fares are supposed to be neutral or less than your local taxi fare. It even leads to something called "surge drop". The opposite of surge pricing. Where you get discounted pricing below the normal fare.

One could argue for some sort of cap on account of inefficiency and collusion by cab companies and cab drivers (remember the government toying with the idea of inviting price caps last year for airlines on some routes during the festive season?).

Most "driver-partners" and customers carry competing apps. Drivers also serve an offline loyal customer base on fixed rates. And they check out the surge multiple by opening a customer app to see when they should come online and where.

Customers too have a choice of services. And have close substitutes (auto, kaali peeli taxis, radio cabs, AC cabs, share cabs, share autos, etc). Perhaps if you walk around to the boundaries of the surge area you would get a normal fare or one with lower surge price.

In principle, though, one is not for caps, but for a full play of surge (it works well in Singapore, Hong Kong and elsewhere). But in India, it seems to trigger unfair practices more often than not on account of a whack-a-mole usurious rent seeking opportunity. Whether that is artificial, manmade, or an "act of god".

Is there a way out?

1. The cab companies could dynamically lower their own split of the fare. Typically 20 per cent or so. That ups the take home share for cabbies, and incentivises more of them to come on to the road. Or, even help in lop off a tad of the price multiplier.

2. The current pricing is seller determined. This is a forward auction. We can flip the business model. The customer gets to set the price he is willing to pay the independent contractor (cabbie). This is a reverse auction. With the ubiquity of social media options, this instant bid messaging can be integrated into the app quite easily. Instead of having to live with high fares, you bid for your ticket to ride.

Post your comment
#Uber, #Ola Cabs, #Surge Pricing
The views and opinions expressed in this article are those of the authors and do not necessarily reflect the official policy or position of DailyO.in or the India Today Group. The writers are solely responsible for any claims arising out of the contents of this article.