Anti-incumbency and Opposition unity seem to be giving wings to the Delhi CM's national ambitions.

Why has Arvind Kejriwal suddenly started targeting the BJP over 'Hindu' sentiments?

With the Lok Sabha elections nearing, Kejriwal and his Aam Aadmi Party have made it pretty clear that they will fight these elections in several other states as well, apart from Delhi where the party is in power.

So, is Kejriwal trying to create a new political discourse and give an impression that he can "expose" Modi’s Hindutva agenda? 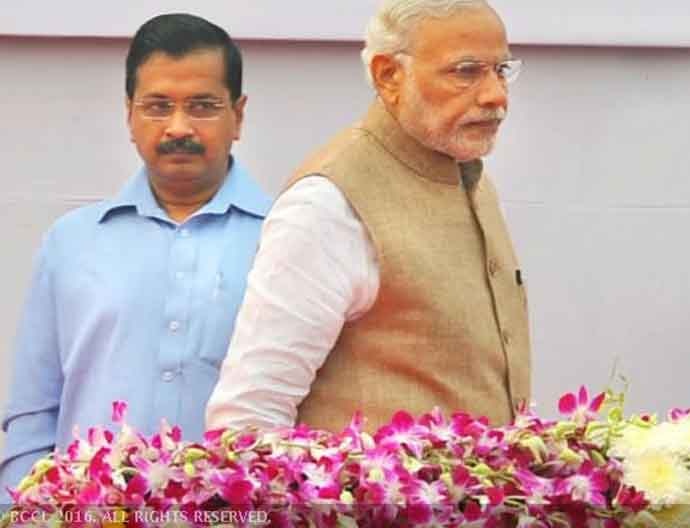 Another Kejriwal versus Modi in the offing?

The timing of Kejriwal's latest stream of attack looks suspicious, especially when Congress president Rahul Gandhi is also toeing the soft-Hindutva line. With such intense competition for the Hindu vote, in a highly charged communal atmosphere, Kejriwal does not want to lose out to his competitors.

Despite the Aam Aadmi Party’s best effort to make its presence felt across the nation, Kejriwal and his team have failed to do so till now. Apart from Delhi and Punjab, the party has failed to give good results in any of the states it has contested elections so far.

During Assembly elections in Goa, Gujarat and Karnataka, the party failed miserably. With Assembly elections nearing in Madhya Pradesh, Rajasthan and Chhattisgarh, the AAP has once again thrown its hat in the ring. Political observers, however, are of the view the AAP stands little chance in these states, unless a miracle happens.

As preparations for the 2019 General Elections are concerned, the AAP once again seems to be running behind. During the 2014 elections, Kejriwal contested against Prime Minister Narendra Modi, BJP's PM candidate then, from Varanasi constituency, even as the AAP contested 432 seats. Only Mayawati's Bahujan Samaj Party (503 of the 543 Lok Sabha seats) and the Congress (464) contested more seats than the AAP.

The BJP, which eventually won a simple majority (282), had 428 candidates in the fray. However, out of the 432 seats, the AAP managed to win just 13. Out of these 13 seats, 12 were in Delhi and Punjab, where the party enjoys decent public support.

The only other seat where the party came second other than Delhi and Punjab was in Varanasi, where Arvind Kejriwal himself contested against Modi.

It was obvious from the beginning of AAP's journey that Arvind Kejriwal has national ambitions and wants to pose a direct challenge to PM Modi. Of late, Kejriwal has been taking on BJP leaders particularly over 'Hindu' sentiments.

Following Apple executive Vivek Tiwari's killing in Lucknow, Kejriwal was quick to post a tweet, invoking the 'security of Hindus' in a BJP-ruled state.

His comment though attracted sharp reactions from various corners for its communal undertones. Even a few AAP supporters didn’t like the tone of the tweet and termed it an attempt at communal polarisation.

Similarly, on Wednesday, Kejriwal in a reply to the tweet by leader of Opposition in Delhi Assembly, Vijender Gupta, attacked the BJP for focusing its attention only on cows.

Gupta, on the contrary, was seeking action on stray cows by the MCD, the Delhi government and the Delhi Police. This led to another controversy where instead of addressing the issue of stray cows, Kejriwal chose to hit out at the BJP over cow politics.

Many feel Kejriwal's incessant attacks on the BJP over 'Hindu' sentiments is mainly due to two reasons. The first and immediate — the litmus test that he is facing in the states of Madhya Pradesh, Rajasthan and Chhattisgarh that will go to polls at the end of the year. His party can’t afford to lose the Hindu majority votes. With the Congress too eying the Hindu votes with its aggressive religious yatras, the competition has become tougher. 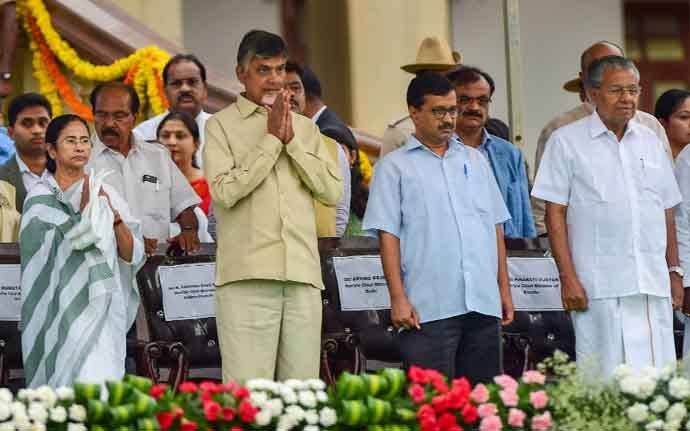 National ambitions: How deep is their love for Arvind Kejriwal? (Credit: PTI file)

The second is the 2019 Lok Sabha elections. Kejriwal and his partymen are hoping that a brewing anti-incumbency across states, where the BJP is in power, will help the AAP make some gains.

As far as Opposition leadership is concerned, the stage looks too crowded already. It seems Kejriwal is trying his best to stand out with some controversial religious stand that's enough to create a flutter among the opposition parties that are desperately looking for a strong leader to take on Modi. Someone, who unlike Rahul Gandhi, can bring together all parties and lead a united Opposition.

Also read: Why Delhi feels let down by Arvind Kejriwal

Post your comment
#United Opposition, #BJP, #AAP, #Arvind Kejriwal
The views and opinions expressed in this article are those of the authors and do not necessarily reflect the official policy or position of DailyO.in or the India Today Group. The writers are solely responsible for any claims arising out of the contents of this article.