The real RSS vs the one in their heads: How Mamata Banerjee and Rahul Gandhi are fighting an RSS that does not exist

The RSS the two leaders are swearing to take on existed 30-40 years ago.

The TMC chief, who held an extended core committee meeting of the party, appointed her brother Kartik Banerjee and state minister Bratya Basu as the president and chairman respectively of the Jai Hind Bahini. TMC MP Kakoli Ghosh Dastidar was appointed the chairman of Banga Janani Bahini, another frontal organisation.

Congress president Rahul Gandhi too has been targeting the RSS and BJP, saying that his fight with the two is ideological.

The question, however, is which RSS are the two leaders actually taking on?

Is it the RSS of their perception or the real RSS?

The RSS, which Gandhi and Banerjee are claiming to be fighting, exited 30-40 years back — the RSS of today is a drastically changed organisation. To fight this new RSS, the two leaders need to understand the changes that have appeared in the RSS ideology over the last three-four decades.

Now, the RSS is not an organisation where karyakartas wield a bhala, barach or a danda in their hands. Today, the karyakartas wield a far more powerful weapon — the mission of creating a cultural hegemony that would include the entire Hindu community and even many traditionally non-Hindu tribals and other minority groups. All this has changed: The RSS no more wears brown knickers and carries a danda. They are much more than that. (Photo: India Today)

The RSS is trying to create this cultural hegemony through the Hindu religion, spirituality and culture. One of the ways used to spread this hegemony is sewa karya in the deprived areas and among the marginalised communities. The sewa niti of the RSS is influenced by the notion of sewa (service) and daan (donating), etc., which is rooted in the Hindu tradition but is also influenced by the Christian missionaries who tried to woo marginal communities in difficult terrain.

However, it is not just events of natural disasters and calamities where one can find the footprints of RSS sewa in the remotest corners of India. The RSS has been expanding its reach relentlessly even otherwise.

The most recent regions where RSS' footprints have been found are the Northeast, Tripura and West Bengal.

The parties ruling these states could not understand the new RSS strategy and they continued with conventional politics against the right wing, using outdated vocabulary. On the other hand, the RSS kept evolving into an organisation which can appropriate and include most sections of the society. The RSS has in fact shown an impressive strategy to eventually win over even those critical and apprehensive of them. 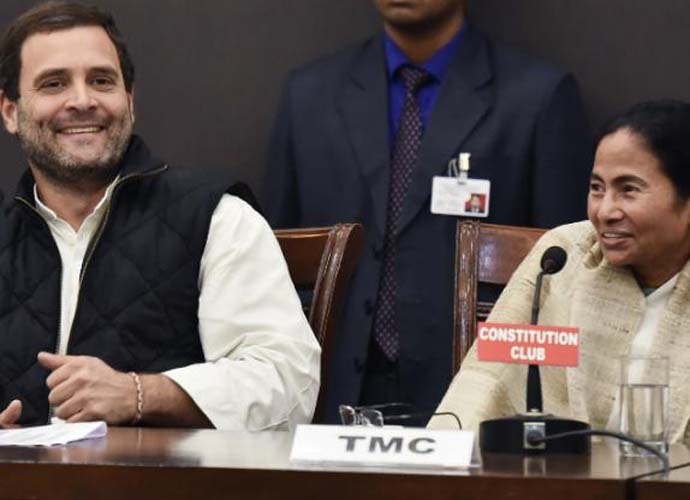 No, you're getting it wrong: The TMC and Congress should differentiate between their perception of the RSS and the real RSS. (Photo: India Today)

A strategy which RSS pracharaks have successfully applied is the notion of ‘tyag’ (forsaking). The RSS mobilises communities — but does not claim power and money. If karyakartas find someone good for politics among themselves, they send that person to the BJP. They don’t put their own relatives into organisations. On the other hand, Mamata Banerjee apparently appointed her brother in the organisations which she formed to fight against the RSS.

The notion of ‘tyag’ attracts Indian people and strikes a chord with them. These are traditional cultural values which are rooted in the people’s psyche in India. The RSS produces a corpus of pracharaks who denounce their family and dedicate their lives to the ideology of RSS.

To fight the RSS, organisations like the Congress and the TMC need to create a new body and soul — they need to create new organisations. These organisations will show that they are not only there for a politics of power and state, but to usher in a politics of social change. The image of ‘tyag’ and the culture of dedication should be included in their politics. The RSS has the strength of cultural hegemony because of its ideological rooting and location. Parties like the Congress and TMC need to evolve a counter hegemony through new cultural politics. 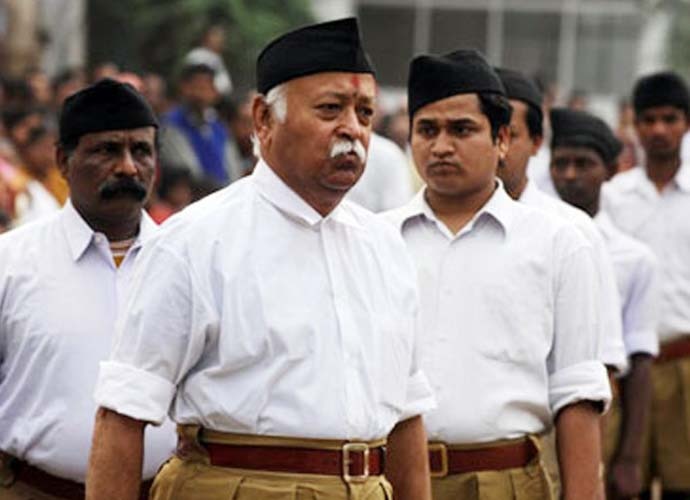 Unafraid to lead, or to sacrifice: The RSS strategically uses cultural values rooted in Indian tradition within its politics. (Photo: India Today)

But no cultural politics can begin without an organisation that understands Indian traditions and society. They can fight with the BJP, but it will be very difficult for them to contest the RSS, which is the womb of the power of Hindutva politics that BJP has acquired.

It will be very difficult to counter the RSS ideology with the old language of secularism and conventional party organisations. They need to understand the ‘real RSS’ — instead of its old shadow. The organisation-based violence and hollow talk can’t defeat the RSS because the outfit has the strength of appropriation and inclusion.

Also Read: Liberals, don't despair! Here's why you should not let Lok Sabha 2019 get to you!

Post your comment
#Mamata banerjee secret meeting, #Mamata banerjee tmc, #Congress rahul gandhi, #Rss ideology
The views and opinions expressed in this article are those of the authors and do not necessarily reflect the official policy or position of DailyO.in or the India Today Group. The writers are solely responsible for any claims arising out of the contents of this article.