Triple Talaq and Halala in Islam: No, my religion doesn't approve of this

Triple talaq is more in practice today in melodramatic soap operas in Pakistan. It is a legally punishable offence and its ugliest fall-out, halala, finds no favour in the holy Quran.

When I read or hear the words ‘triple talaq’, there conjures up in my mind an image of a world where instant-ification is the norm.

Triple talaq, divorce, is a phenomenon that is non-existent in the religion, Islam, which is brought into discussion — earnest, ignorant, manipulative, noisy, incoherent — holding it responsible for the rashness of personal actions of individuals. The disintegration of a marriage is a huge deal. The attachment of legal and religious stamps ascribes to it a ‘finality’ that is a much bigger deal. Trivialisation of that in the words ‘triple talaq’ is nothing more than a manifestation of little or no value attached to the sanctity of marriage and the repercussions of its dissolution.

Triple talaq, divorce, is a phenomenon that is non-existent in the religion of Islam. (Photo: Reuters)

Triple talaq is an addition to my vocabulary of undesirable words via debates in Indian media on the subject of Muslim men leaving their wives with the mere utterance of three words: talaq, talaq, talaq.

Once only heard in melodramatic films and dramas, in overwrought scenes between a domineering husband and a docile wife, it is still used as a dramatic addition in soap operas of Pakistani television and films. The same happens in India. It is shown to be given in a fit of rage, only to be regretted almost immediately after the utterance. At times, the period of realisation is longer. It also happens in real life. And like in India, where Muslims in number are almost equal to that in Pakistan, there are still incidents where women are given a verbal divorce with the utterance of the Urdu word talaq thrice.

If I were to say it in a few words: the ‘three-in-one‘ divorce is a mutilation of the Quranic injunction vis-à-vis divorce. Prophet Mohammad (pbuh) said: “A divorce is one of those halal, or permitted acts, which is most disliked by God.” (Abu Dawud). Notwithstanding the importance of perpetuation of a marriage, Islam is very clear about a couple’s right to seek separation if the marriage is not working, or if one or both spouses have irreconcilable differences, or simply, on the basis of lack of love or liking between them.

The Holy Quran, on divorce, states: “If a husband and wife cannot get along, two arbitrators, one from each family, should provide counselling in an effort to avert the much-disliked talaq.” (4:35). The legal system of Pakistan, which follows the Islamic injunctions on divorce, is clear on the process of divorce. (Photo: Reuters)

What follows after all efforts for reconciliation have failed is the process of divorce. According to the religious scholar, Nilofer Ahmed, “Divorce can be broadly of two types: (i) talaqul sunnah, which is based on the Quran and Hadith and (ii) talaqul badi, three-in-one divorce, though based on a heterodox innovation, will still be considered to have taken legal effect.”

Ahmed further adds: “When Hazrat Umar (RA) was the caliph, he used to punish those men severely who followed this method. The talaqul sunnah is further divided into the ahsan, or the best and most laudable, and the hasan, or the laudable. In all the above types, the divorce is revocable up to the second pronouncement, but becomes irrevocable after the third pronouncement of the words of divorce.”

The Quran states: O Prophet! When ye do divorce women, divorce them at their prescribed periods, and count [accurately], their prescribed periods. And fear Allah your Lord; and turn them not out of their houses, nor shall they [themselves] leave, except in case they are guilty of some open lewdness, those are limits set by Allah. And any who transgresses the limits of Allah, does verily wrong his [own] soul: thou knowest not if perchance Allah will bring about thereafter some new situation. (Al-Talaq: 1)

The Quran states: Thus when they fulfil their term appointed, either take them back on equitable terms or part with them on equitable terms; and take for witness two persons from among you, endued with justice, and establish the evidence [as] before Allah. Such is the admonition given to him who believes in Allah and the Last Day. And for those who fear Allah, He [ever] prepares a way out, (Al-Talaq: 2)

The legal system of Pakistan, which follows the Islamic injunctions on divorce, is also quite clear on the process of divorce. Barrister Ali Shaikh writes: “A Muslim marriage is a civil contract that can be executed and dissolved like any other contract; however, it is automatically dissolved on the death of either spouse. Additionally, spouses’ legal right to dissolve marriage contract is also recognised in Islam, and hence both are entitled with a religious right to dissolve a marriage.”

In February 2018, the Council of Islamic Ideology (CII) of Pakistan proposed to make triple talaq a punishable offence. Dr Qibla Ijaz, Chairperson of CII said, “The way that men use triple talaq should be banned in the country. Anyone who breaks the law should be punished.” 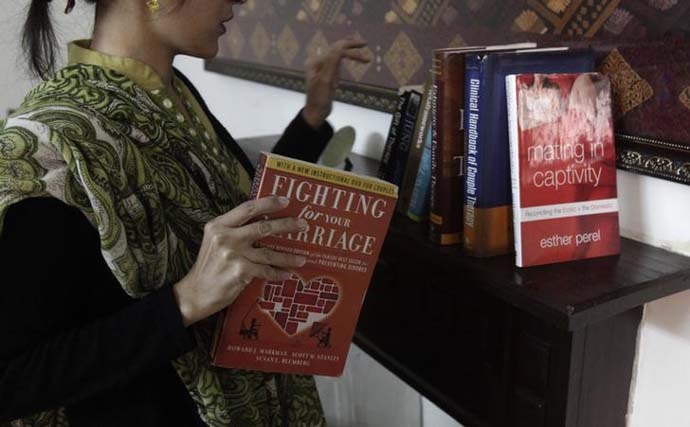 One of the worst and ugliest consequences of a verbal talaq is the practice of ‘halala’. Not one, not two, but almost every Islamic scholar, with adequate knowledge of the injunctions of the Holy Quran, and the verbal and other endorsement of Prophet Mohammad (pbuh), as brought to Muslims through Hadith, repudiates the idea of halala to have any divine validation.

The unsavoury practice of halala is a dark manifestation of toxic male entitlement and perpetuation of patriarchal ethos where women are considered second-class citizens. Words uttered in anger, a triple talaq given in the haze of anger, in an intoxicated state, or as a stark articulation of male ‘superiority’, are not that easy to undo, to unsay, to retract. The important thing to understand is that if triple talaq does not have religious authorisation, there is no place for halala to be used as a cover to do damage control, so to speak.

Since I do not have personal knowledge of any case of halala, beyond what I have read or seen about it in media, all I wish to say on halala is that Islam does not sanction it the way it is generally distorted to suit a male’s desire to remarry his former wife. Islam does not have any injunction that a woman can be married to another man simply for the sake of attainment of divorce to marry her first husband. Plain and simple. Halala is not permissible to be a pre-planned act — halala, in that form, is a despicable act as per Islam.

A divorced woman is allowed, by law and religion, to remarry her first husband. A woman is not allowed to be divorced from her second husband simply to be re-married to her first husband. Pre-knowledge of divorce is a mere legal cover for deception. That would simply be an attempt, in many cases, to give adultery, infidelity, and even prostitution, the cover of marriage — and Islam does not give sanction to any of these distasteful acts. It is as simple as that.

The Quran states: So if a husband divorces his wife [for a third time], he cannot, after that remarry her until after she has married another husband and he has divorced her. In that case, there is no blame on either of them if they re-unite, provided they can keep the limits ordained by Allah. Such are the limits ordained by Allah, which He makes plain to those who know. (Al-Baqrah: 230)

Also Read: I'm a Muslim woman and this triple talaq bill is not what I fought for