The Pune City Police came under international scrutiny after they arrested five activists from different parts of the country for allegedly being Maoist supporters. The police’s credibility will be tested on September 6 when the Supreme Court decides whether their action was legitimate.

The police have claimed that the arrested suspects — Varavara Rao, Sudha Bharadwaj, Vernon Gonsalves, Arun Ferreira, and Gautam Navlakha — were actively involved in a plot to overthrow the government. “The evidence conclusively points to their deliberate involvement and major role in a larger conspiracy hatched by banned CPI (Maoist),” according to a statement released by the police. The police also claimed that the CPI(M) was planning to buy weapons from Nepal and use them in India against politicians. Apparently, the deal needed Rao’s approval. The police said they were acting on intelligence inputs to establish how urban connections, coupled with a well-oiled support system, serve as an intellectual guide and work as a covert enabler for the outlawed left-wing extremists to carry out acts of calculated violence. They also claim to have evidence, involving the provision of arms as well as funds, responsibilities allocated in radicalising the youth, and students, and other paths leading back from the senior comrades of the Central Committee of the CPI (M).

A police officer said that they will prepare a case, where the accused will be proclaimed as active members of the CPI (M). He pointed out that they call the party, PLGA (People’s Liberation Guerrilla Army (India) and the India United Front as their “three magic weapons” to be used against the state.

The supporters of the arrested activists, however, have stated that the government wants to muzzle the public dissent through their arrest. They have also opposed the application of Unlawful Activities (Prevention) Act against them saying that these are reputed activists working for the downtrodden classes.

“State and Police should immediately desist from using the draconian UAPA law against the human rights activists and public intellectuals,” stated a joint statement by 37 organisations who came in support of the arrested activists. These supporters have gone on to demand the immediate release of the activists, and a speedy investigation into the violence that erupted at Koregaon that erupted at Koregaon-Bhima on January 1. 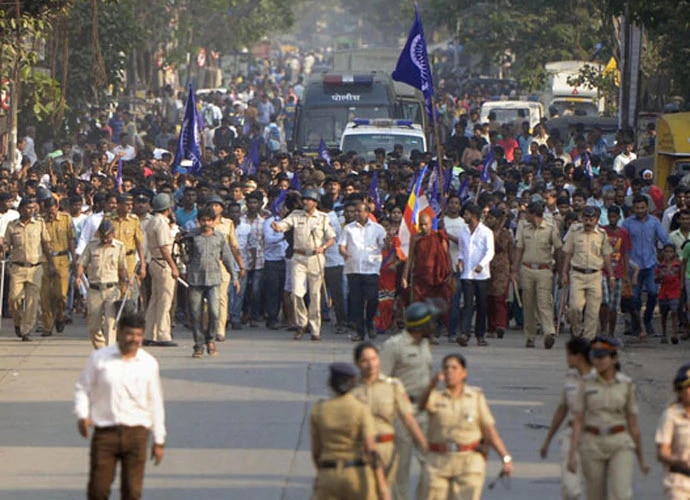 A rally by Dalit protesters in Bhima Koregaon near Pune earlier this year. (Photo: PTI)

This case will also be a litmus test for chief minister Devendra Fadnavis as he is in charge of the state’s law and order. He is facing a situation where two different cases have been filed against two different ideologies. In the case of Elgar Parishad, the alleged Maoist front, all the suspects are from left-wing groups.

On the other hand, the suspects in the Koregaon-Bhima violence case are all from right-wing groups. If his government can prove the Urban Maoists theory, he will conquer the hearts of traditional BJP voters. If he cannot, he will have to face their censure. The SC ruling on September 6 will be the first indication on whether he will succeed or fail.