Urmila Matondkar: 'I have never changed my religion, nor was I asked to'

Urmila Matondkar, Bollywood actor and now, Congress candidate from Mumbai North, spoke with Rohit E David on why she's joining politics, BJP vs Congress and all the rumours about her inter-religious marriage.

Weeks before the General Election of 2019, film star Urmila Matondkar joined the Congress after a meeting with party chief Rahul Gandhi. She will be contesting the Lok Sabha elections 2019 from Mumbai North Parliamentary constituency of Maharashtra. She spoke with DailyO on contesting from Mumbai North, her marriage to a Muslim — and speculation about her conversion.

Q. Why did you decide to take the political plunge right before the elections?

It’s nothing to do right before the elections or after that. Elections are certainly the time when one needs to make a choice about which way one would want to go. This kind of brings a lot of pointers in your mind on what has been happening in the last five years — that is why the timing is around the elections, nothing more.

Q. Succeeding him, how would you rate Govinda as a politician and MP?

I won’t rate him at all — I’m not interested in anybody except myself. 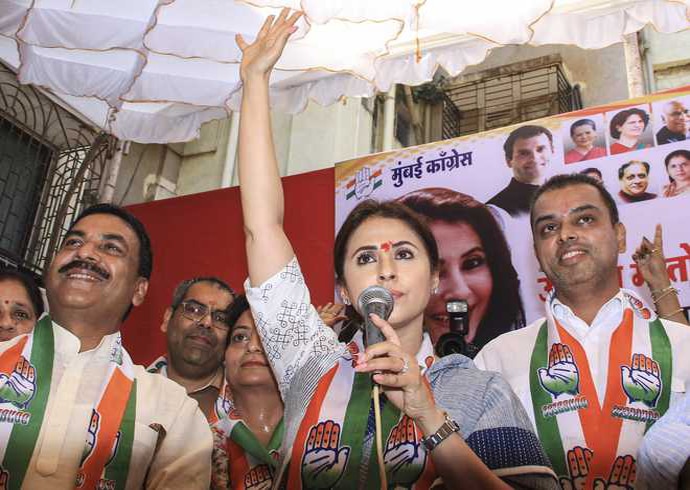 From Rangeela to Raajneeti: It's time for Urmila to take the plunge. (Source: PTI)

Q. Is it easy for an actor to fit in the shoes of a politician?

I don’t know, I’m about to find out! It’s a completely different scenario for sure. It's difficult on one aspect that sometimes deliberately enough, you are misrepresented. There is a lot of trolling which comes along as well because you take extremely difficult stands, which might not go with the current ruling party. Those grounds I have found out. Other things I will find out.

Q. You will be contesting from Mumbai North, a seat held by Govinda, what is your strategy going into elections?

My only strategy is my honesty, integrity, capability towards my thoughts and ideas towards my nation.

There is a huge problem of housing over there, how many people stay in a cluster and how few the number of toilets are. At some places, water comes only at 2 in the night, and then people have to go to work in the morning. So, there are basic issues which need to be dealt with. I’m going to connect with people as much as I can.

Q. You have visited Pakistan — what are you thoughts about that country?

The people were very generous, loving and nice.

I don’t want to comment about my thoughts of the country.

Q. Your marriage to a Muslim has raised a controversy of love jihad and religious conversion — what are your feelings? Are you hurt by this? Surprised?

Whom I marry should not be anyone’s concern.

I have never changed my religion — nor was I asked to nor have I ever thought of it.

I have only married in an inter-religious manner, that’s it. For those who say I have converted, I have nothing to say to them. They were not present when I got married — why would I lie about this? 'Rahul Gandhi is a dedicated leader and takes everyone on the path to progress', says Urmila. (Source: PTI)

Q. Why do you say the BJP in particular has fostered intolerance when we have had riots, etc., earlier too?

No that’s not what I said. What I had said is that it has gone to a point where these kind of things are celebrated. Were mob lynching videos viral earlier? I don’t think so.

Q. What are your thoughts on Rahul Gandhi?

He is an extremely dedicated and devoted leader, someone who is taking everyone to the path of progress. He is in touch with the ground realities of this country.

Q. Speaking of which, Kangana Ranaut has challenged dynasty in Bollywood. What about dynasty in politics? 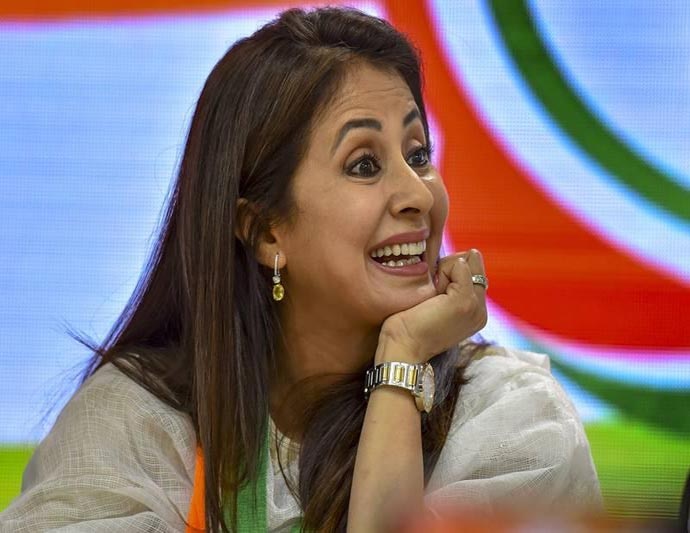 Actor-turned-politician Urmila Matondkar: Is she ready for the biggest challenge yet? (Source: PTI)

Q. Many filmmakers have said don't vote for BJP — are literary and artistic figures at danger under the present government?

I don’t know if they have written 'don’t vote for BJP' — they have written that democracy is in danger, one needs to think before you go out and vote. Somewhere down the line, freedom of expression has been curbed. And these are non-political people.

Q. Before becoming a politician, how much have you really worked for the people of Mumbai?

Tremendously — ever since I was a child, I never had a birthday party, my father would donate what was possible and it was always given to some organisation. This need — thinking of others — was put in my mind at that time only. Thereafter, I have done work for women and children’s education. I have never believed in publicity or clicking my photographs, nor would I do it in the future. Those are things you do for yourself.

Also read: This is what is holding up the Congress and AAP alliance in Delhi