Q. Imran Khan has recently said that if Narendra Modi comes back to power, this will result in better relations between India and Pakistan — what’s your view?

This is how India and Pakistan relations are. We expected things to be different but we never saw it from Narendra Modi’s side. We formed an alliance with him only so that the focus would be on Kashmir, but that was not to be. Modi always spoke about Pakistan — not for peace within the Valley. We were very disappointed with him.

The policies of the Congress have been far better vis-à-vis Kashmir. The BJP’s policies have annoyed people on the ground.

Q. Speaking of which, the J&K govt has said that no civilian traffic will be allowed on the Kashmir highway for two days every week — your thoughts?

Well, I think this is a very inhuman rule — the highway is the only way to connect Kashmir to the mainland. There is a sense of fear in Kashmir now. Our roads to South Asia, Central Asia, Pakistan, Tajikistan, China, all have been closed. So, Kashmir is a land-locked place. The only road which connects the country to the Valley is also closed. You cannot have a road specifically for the army — they are in Kashmir to safeguard the people.

There is huge resentment against this decision — the people are totally against it. The way that people’s hands are being stamped just to cross the highway is nothing but draconian, it is creating a lot of anger amongst the Kashmiris. It also sends a message that every Kashmiri is a suspect and terrorist. There is a trust deficit. It's created the perception that the army is not in the Valley for the people of Kashmir but to fight against the people. 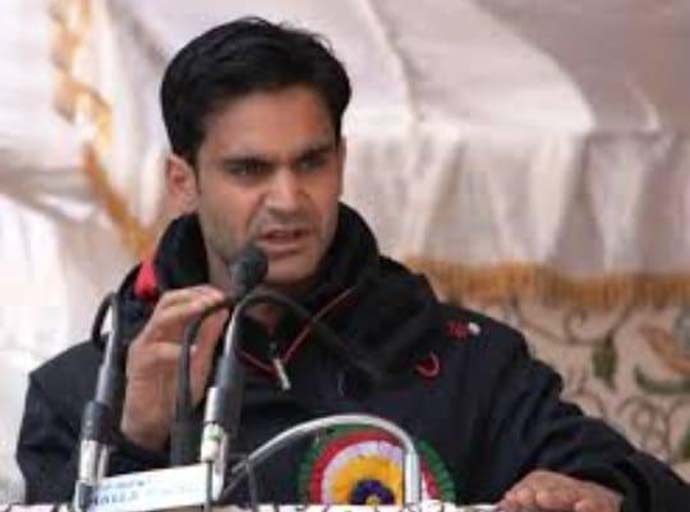 'When BJP was in alliance with us, they wanted to strengthen the status of Kashmir. Now, it's a different tune.' (Source: Author)

Q. In your view, is the BJP backing Sajad Lone to be the next chief minister of the state?

Yes, they have been trying to do that. The BJP is ruining the institution of democracy in Jammu and Kashmir.

Q. BJP’s manifesto says they will remove Article 370 and Article 35 A, what’s your view on that?

When the BJP was in alliance with us, they were in favour of strengthening the status of Kashmir. This was visible in our agenda of alliance.

Now, the moment they are out of power, it's different.

Q. To keep Sajad Lone and the BJP out, is there a possibility that the PDP-JKNC will form an alliance?

Only after the results come out can this picture become real. It all depends on what the election results turn out to be, any alliance with anyone depends on that.

Q. Mehbooba Mufti is being criticised for becoming more and more pro-militant. Is this winning her support in Kashmir?

This is not winning, but we are ascertaining our reality. There is a lot of fear amongst the locals and that’s why we have to say what we have to.

We don’t care what Delhi thinks.

Q. How do you see the emergence of Shah Faesal’s party? Isn’t he a threat to you?

His party is a not a threat. It’s good that young people should come to mainstream politics. There is a lot of space, people can fill the vacuum.

Q. And what’s your view on the banning of the Jamaat in Kashmir?

It’s totally undemocratic. Dissent should be given space in a democracy.

This will only drag more people to violence.