What could be the real motive behind the chilli powder attack on Arvind Kejriwal?

The attack was a huge security lapse, even if not a political conspiracy as alleged by the AAP.

Chilli powder or mirchi is normally used in Indian curries to add flavour and piquancy. Of late, the same chilli powder is spicing up politics in Delhi.

Following an attack at Delhi Chief Minister Arvind Kejriwal on Tuesday, when the alleged attacker threw chilli powder at him just outside his office in Delhi secretariat, a fresh political blame game has ensued among political parties — especially between the Aam Aadmi Party (AAP) and the Bharatiya Janata Party (BJP).

The incident has thrown the high security zone of Delhi secretariat into a tizzy. The Chief Minister’s office on the third floor of the Delhi Secretariat is an area where security is so tight that even mediapersons are not allowed to enter the premises before 3pm every day as per government’s guidelines. 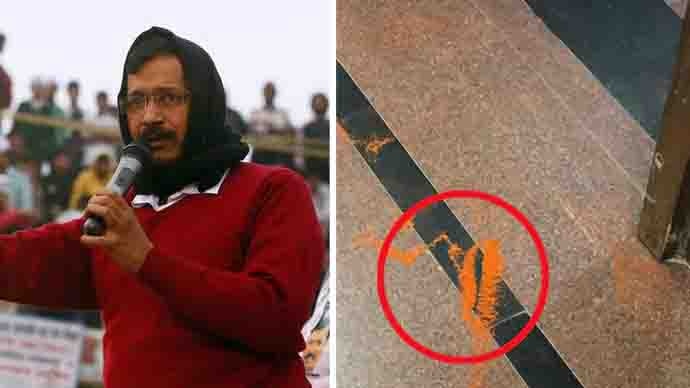 The security of the Delhi Secretariat is the responsibility of Delhi Police, which functions under the jurisdiction of the Union Ministry of Home Affairs. Due to this reason, the attention immediately shifted from the security lapse to a suspected political motive behind the attack.

Minutes after the incident took place, the Aam Aadmi party called the attack a political conspiracy to "finish Kejriwal off". The party has accused the Delhi Police under the Central government of acting at the Centre’s behest. The AAP has even claimed that no 'attacker' can enter the CMO without the knowledge the police, let alone meeting Kejriwal and throwing chilli powder at him.

In a way, the AAP has declared the Delhi Police as the chief conspirator. Hence, the focus has immediately shifted from the real attack and the alleged attacker to the perceived political conspiracy and the alleged agency behind it.

Even though the Delhi Police claimed to have provided foolproof security to the Delhi CM, it was not for the first time that such attacks have taken place on Kejriwal. Earlier, the Delhi CM has been attacked both in and outside Delhi, but never in his office premises. Arvind Kejriwal was attacked by protesters who threw black ink on him during a road show in Varanasi back in 2015. (Credit: PTI)

So, this time around, the attack looks more serious and a bigger security lapse has come to the fore, as far as the working of Delhi Police is concerned. Questions have been also raised over the precautions taken by the security agencies after attacks on the CM in the past.

Although it's difficult to come to the conclusion if a bigger political controversy was behind the attack, one thing is quite clear — had proper security checks been in place, the incident could have been easily avoided.

While the Aam Aadmi Party accused the BJP of conspiring the attack, the BJP government at the Centre has rubbished all claims.

Interestingly, even though the BJP initially condemned the incident, some of its party leaders have called it a stage-managed attack by the AAP to bring Kejriwal back into the limelight. The BJP has also pointed out the promptness with which the AAP cried a political conspiracy, which remains unfounded so far. BJP's Delhi president Manoj Tiwari went on to claim that it was not chilli powder but some other "scented powder" placed by AAP leaders to stage an attack.

Meanwhile, the alleged attacker Anil Kumar Sharma's social media profile has revealed that he was had been posting messages against the Delhi CM for some time now. So the posts and the statements made to the media after the attack on Chief Minister, conclusively proved that he was planning an attack on him since long.

The motive behind the attack, in all probability, was personal which could be influenced by a certain political ideology that is against the policies of Kejriwal and his party.

But that still doesn't discount the fact that the attack was a huge security lapse, even if not a political conspiracy as alleged by the AAP.

With the 2019 Lok Sabha elections drawing nearer and Arvind Keriwal expected to travel across the country for poll campaigning, adequate security must be provided to the Delhi CM who has faced several attacks in the past as well.

Also read: The message behind Arvind Kejriwal's latest spate of attacks on BJP over 'Hindu' sentiments

Post your comment
#BJP, #Delhi secretariat, #Chilli powder attack, #Arvind Kejriwal
The views and opinions expressed in this article are those of the authors and do not necessarily reflect the official policy or position of DailyO.in or the India Today Group. The writers are solely responsible for any claims arising out of the contents of this article.