There are always two sides to a story.

If India is a nation of contradictions, the tiny state of Mizoram is an 'island nation' within India. That's actually true for most northeastern states, but a landlocked Mizoram stands out.

As the state gets ready for Assembly elections on November 28, an unprecedented electoral dispute in one of the remotest corners of India remains a remote concern for national politics as well as the media.

It's true that the 40-seat Assembly doesn't stand much chance in prominence when pitted against a 200-seat Rajasthan Assembly or a 231-seat Madhya Pradesh Vidhan Sabha. Nor does the fact that the state has only one Lok Sabha seat help. But the events panning out in Mizoram are a reflection of the wishes and prejudices that drive Indian democracy and the election process.

Just a week ago, a massive protest broke out as thousands of Mizos — some reports say around 43,000 people —  held a largely peaceful demonstration in front of the office of the Chief Electoral Officer in Aizawl. Similar protests took place across the state, mostly outside district election offices, demanding the removal of Chief Electoral Officer, SB Shashank.

The protests came in the wake of the Election Commission’s decision to transfer out the principal secretary for home and finance, Lalnunmawia Chuaungo, reportedly following a letter by the CEO saying that the former was "interfering" in the election process.

The Election Commission, following the protests, summoned CEO Shashank to New Delhi on November 6 for a meeting, which led to protests being called off temporarily. The Mizoram government has now proposed the names of three IAS officers, as asked by the EC, for the post of a new chief electoral officer.

But at the heart of the protests lies a 'conflict' that had been ruling Mizoram's politics for far too long now — Bru refugees living in relief camps in Tripura.

In the run-up to the elections, trouble started after Shashank accused Chuaungo, a native of Mizoram and Gujarat-cadre IAS officer, of objecting to facilitate voting for Bru refugees for the Assembly elections.

However, there are always two sides to a story.

Who are these refugees and why are Mizos worried?

There are over 32,000 Brus in relief camps of Tripura. The Bru refugees had fled Mizoram more than two decades ago following ethnic clashes. But that doesn't mean there are no Brus living within the state of Mizoram — an estimated 40,000 Brus live in four districts of the state.

In past elections in Mizoram, Brus living in the relief camps have cast their votes from Tripura through postal ballots and other special arrangements.

Now, Mizo groups fear that the casting of votes from within Tripura can lead to misuse of money and muscle power, especially in the wake of sudden "changes of policy" towards the refugees by a BJP-ruled Tripura and the Centre. 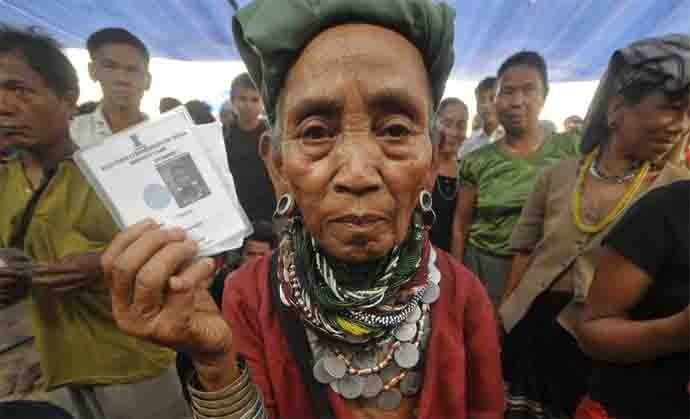 Bru repatriation to Mizoram has been going on since 2010 in different phases, although not always successfully mainly because of disgreement over rehabilitation packages.

Following the series of unsuccessful repatriation attempts, the home ministry this year announced a final repatriation bid and said that after that the relief camps would be closed and rations stopped.

On July 3, the BJP-led NDA government at the Centre signed an agreement with state governments of Mizoram and Tripura to repatriate as many as 32,876 Brus to Mizoram. The agreement was termed by Home Minister Rajnath Singh as a "major breakthrough in repatriation of displaced Brus" by the Centre.

After October 1, the repatriation process had concluded, although just over 30 families returned. Rations in relief camps were stopped with immediate effect following instructions from the Ministry of Home Affairs.

However, there are rumours that a week later the ration supply was restarted and "elected officials from BJP-ruled Tripura went to the relief camps to kick-start" the process. This led to suspicions among Mizos that something fishy was going on, especially when the polls in Mizoram were so close.

There are also whispers that the manner in which the electoral-roll revision in the refugee camps was conducted raised more suspicion about vested interests.

The other side of the story

Brus living in Tripura, on the other hand, say they are eager to cast their votes but from the relief camps, citing security reasons as well as travelling inconvenience. They say it's not possible for everyone to travel so far into interior areas of Mizoram to cast their votes. Moreover, they fear, there is always a threat to their life and security.

Organisations representing the displaced Brus say they are equal citizens of Mizoram and not "disenfranchised" yet. Many within the region feel if the Brus living in Tripura are prevented from casting their votes by the majority Mizos it won't be any different from a "majority curtailing the democratic rights of minorities" in other parts of India. 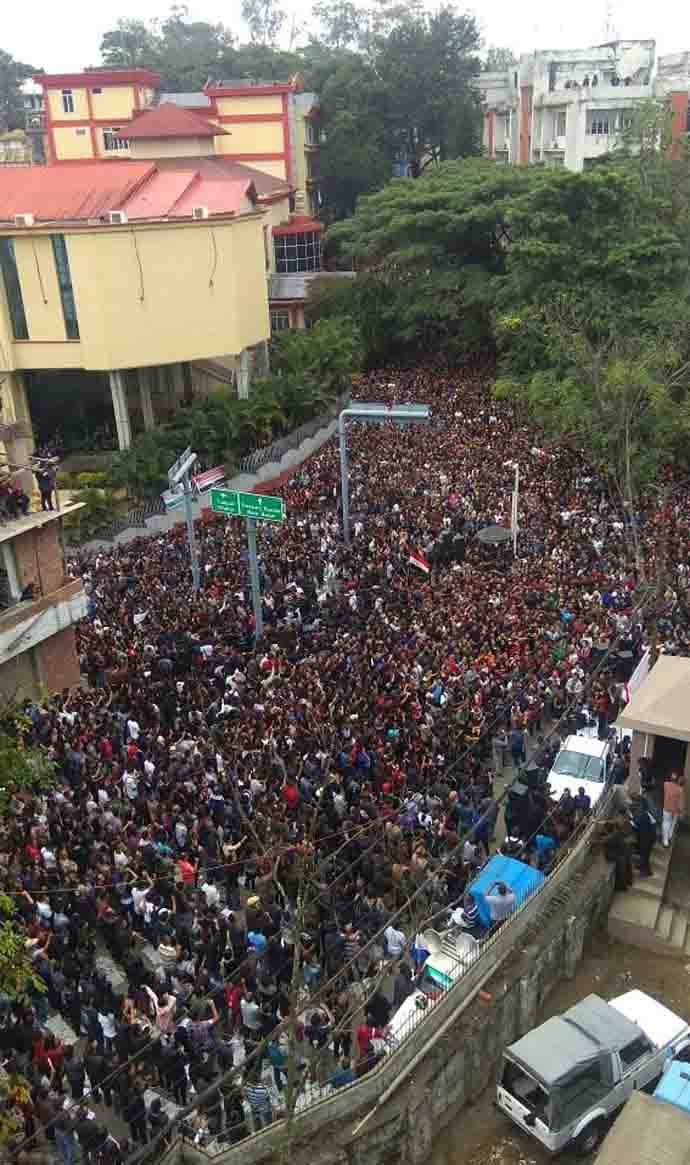 To add to the complications, back in 2014, the ECI had made a commitment saying Brus will vote within Mizoram for any future state assembly as well as Lok Sabha elections. Many in Mizoram now suspect that the poll panel is not so keen to keep that commitment.

While the Congress has been ruling in Mizoram for 10 years, its main opposition is the Mizo National Front. Besides several smaller parties have merged together to join the poll fray.

A lot is at stake for the Congress, which will try to save its last stronghold in the region. For the BJP, as declared, capturing the Christian-dominated state will complete its Mission Northeast. Even though the MNF is a part of the BJP-led North East Democratic Alliance (NEDA) in the region, it has said that there won't be any alliance with the BJP for the polls.

Political observers in the region are keenly watching the contest since elections across India have now practically become a two-party battle — the BJP trying to conquer its last frontiers and the Congress trying to save its last bastions.

The rest, regional and lesser-known national parties, incidentally seem to have been reduced to incidental participants.