Chanda Kochhar case: Why Arun Jaitley taking a swipe at the CBI is concerning

Eyebrows were raised and gossip went viral last week when union minister Arun Jaitley – currently undergoing medical treatment in the USA – fired a few posts on his social media sites, loaded with rebuke for the Central Bureau of Investigation (CBI) over the agency’s FIR in the ICICI-Videocon case.

Political opponents picked up on Jaitley's strong words against India’s top investigative agency. He had said "investigative adventurism” was one of the reasons for "poor" conviction rates in India and that when megalomania "overtakes investigators, professionalism takes a back seat.”

On Jaitley’s outburst against the CBI action in the Chanda Kochhar case, the Opposition asked: “How can a minister in the government criticise a government agency and its actions in public?”

Glad that the FM's conscience and legal acumen have finally stirred to condemn the indiscriminate targeting of eminent bankers (in cases where the allegations are about thousands of crores of rupees).

The “rebuke” pushed the CBI to deeper depths of infamy.

But the ICICI Bank-Chanda Kochhar case flags a deeper decay in the premier agency and the quality of the government's control over its own organs.

Before the rise of the Modi government, the CBI was branded a “caged parrot”, doing what was “suitable for its political masters”. The latest case indicates virtual anarchy – CBI officials doing what suits them while the government has been “over-governing” the agency and its activities. 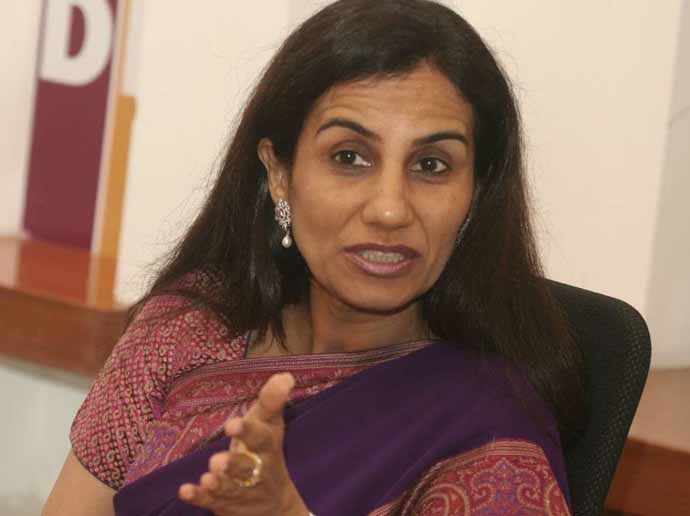 The ICICI Bank-Chanda Kochhar case flags a deeper decay in the premier agency and the government's control over its own wings. (Photo: PTI)

The Chanda Kochhar mess came after Vijaya Mallya's “great escape” to London. He started the day of his departure in January 2016 with a nonchalant visit to Parliament – reportedly, he even tried to meet the PM. It turned out the reason behind Mallya's fearless flight was a diluted “look out circular” against him.

Who in the CBI withdrew the circular which would have led to his detention the moment he tried to leave the country is a common secret.

The CBI was headed by officials who were the NDA government's choice. The government didn’t crack down despite the fact that the revelation hurt its reputation. Usually, self-respecting governments use instances like these to set an example.

The No 2 levelled corruption charges against his boss. The CBI director ordered the filing of a corruption case against his no 2. That led to a midnight coup with the top two sent on leave. This started an ugly showdown in the courts. 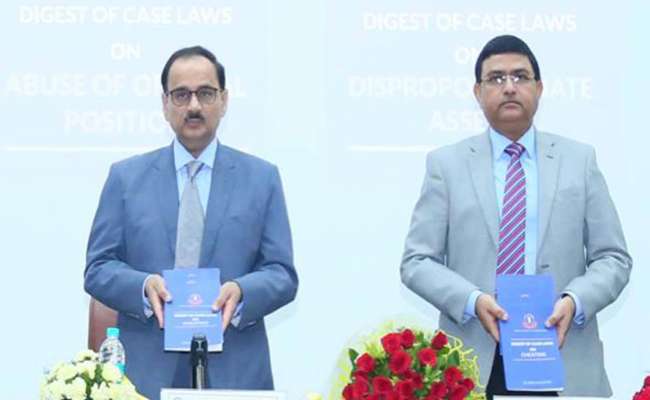 No. 1 vs No. 2: Did the infighting within the CBI hamper investigations in important cases? (Photo: PTI)

The court drama ended with the SC reinstating director Alok Verma with riders. Then, the PM led three-member panel shunted him out again. The Congress leader in the panel, Mallikarjun Kharge, dissented against Verma’s removal. In the aftermath, the second seniormost SC judge, AK Sikri – part of the same panel – had to turn down a prestigious part-time job nomination with a Commonwealth tribunal as the Opposition insinuated that the judge had voted with the PM for Verma’s removal as an alleged quid pro quo.

For a government charged with attempting to control every institution, this is not the only story of chosen men turning into a cause for political embarrassment and things going completely out of control.

In 2016, the government picked Urjit Patel to run the Reserve Bank of India (RBI).

After November 2016's demonetisation, the Opposition charged that “the central bank governor was turned into a rubber stamp”. By late 2018, when Patel resigned, the “chosen one” had become a headache for the government.

The 'autonomy vs accountability' battle between the government and the RBI Governor was raging for months. The government complained – Patel was ignoring its concerns. It reportedly had to invoke a never used clause in the RBI Act to threaten taking over the controls of the central bank. That’s common knowledge.

But only a few in the Finance Ministry know that during those friction-ridden months the RBI governor refused to respond to calls and messages from the secretary, department of financial affairs – one of the top systemic functionaries and a member of the RBI central board. Patel, sources say, even dared to ignore calls from Arun Jaitley, the finance minister. 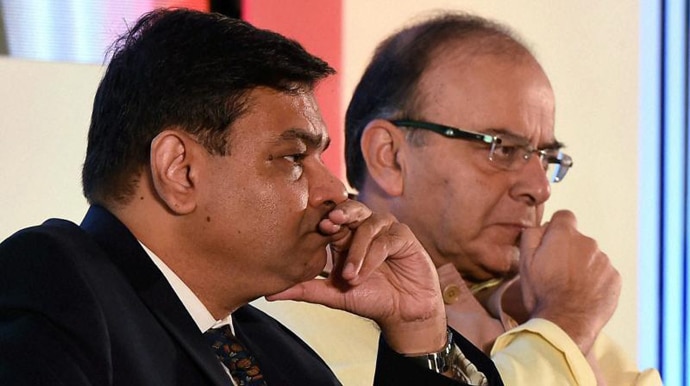 The 'autonomy vs accountability' battle between the government and the RBI Governor raged for months. (Photo: PTI)

On January 24, the CBI filed a case against the former CEO and MD of ICICI Bank, her businessman husband, Deepak Kochhar, Videocon MD Venugopal Dhoot and others, charging them with criminal conspiracy in an alleged loan fraud.

The CBI began proper investigation on charges of an alleged quid pro quo in a Rs 3,250 crore loan to Videocon by ICICI Bank in lieu of which Videocon head Venugopal Dhoot allegedly provided crores to a firm promoted by the then-ICICI Bank CEO Chanda Kochhar’s husband Deepak Kochhar. What makes the charge serious is that this ICICI loan was part of a Rs 40,000 crore loan to Videocon received from an SBI-led consortium of 20 banks.

Hours after the filing of the regular case (RC), a CBI officer probing the case was apparently shunted or edged out.

Two days later, subtle leaks suggested: “The transfer was part of clean-up operations in the agency as he was stalling the case and leaking information to the accused”.

The question here is, if a CBI official is “leaking information to the accused and delaying filing of an FIR against the accused”, should transfer be the only punishment?

Sources suggest that the reason behind the superintendent of police, Sudhanshu Mishra’s, transfer to Jharkhand was not "misconduct”. Those who are keenly following the case would be surprised to know that last year, an investigating officer, DN Bajpai, who was doing the spade work in the ICICI Bank loan fraud allegation, had assessed that the case was “unfit for a Preliminary Enquiry (PE)”. Sources say he had then claimed that “under Mauritian laws, transactions of a certain kind are allowed and to prove criminality much more is needed”

But in March-April last year, when Alok Verma was running the show as director, the agency went against the IO’s opinion and registered a PE. Yet, by May last year, suddenly, for some “unspecified reasons”, the CBI displayed signs of losing interest in the case.

A senior officer who left the CBI recently said, "A lot has been happening. The CBI should worry the government of the day. It’s not a mere power struggle. There are people playing for some high stakes. If the issues – why the IO’s opinion was overturned to lodge a PE and how they were going slow – are probed, skeletons will emerge“.

It doesn't end there. 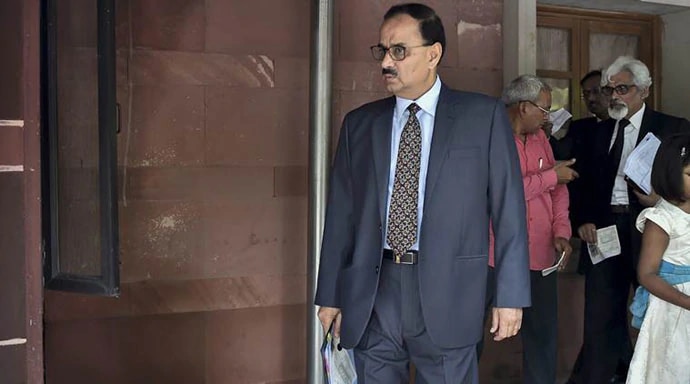 Superintendent of police, Sudhanshu Mishra, who was chasing the registered PE, is said to have corroborated the findings of the investigating officer Bajpai as recently as December 2018 and apparently assessed that there was not enough to register a case against Kochhar and others. Sources claim that Mishra in his report after studying the material had stated “on file” - “no credible evidence could be found to turn the PE into an RC despite questioning of a few people suspected in the case.”

The DIG handling the case is also said to have apparently agreed with the opinion of the SP and the earlier assessment of the IO. It is with these elements the file in the case was forwarded to the acting CBI director – M Nageshwar Rao, with an understanding that the case may be closed. This virtually meant that the PE was on the verge of being canned.

But in January, things changed.

Sources say that the acting CBI director went against the IO’s assessment and the probe team’s opinion that a case can’t be made out. He gave a go-ahead to register a first information report (FIR) in the case relating to Kochhar allegedly “dishonestly sanctioning loans to the Videocon group in 2012”.

Once the regular case or RC was done, the probe team members were apparently edged out.

Mishra’s senior, handling the Bank Security and Frauds Cell or BS&FC of the CBI, was reportedly asked to relinquish charge and Mishra was sent to the economic offices wing or EOW Ranchi.

As a counter, those close to the CBI director contest that Mishra was “going slow” and a quick “internal inquiry” indicated that he was allegedly helping the accused.

That’s what is contentious.

If Mishra was “allegedly delaying and withholding searches”, why was the DIG BS and FC or, for that matter, the old IO Bajpai edged out?

The case was handed over to a new set of officers who conducted searches on Kochhar's and Videocon's establishments. Arun Jaitley, in his posts, seemed rattled at the possible targets of the probe.

Sources in the CBI allege that the investigations may include a former ICICI chairman and several members of the committee that sanctioned the contentious loans which the CBI is probing.

Jaitley meanwhile posted that “instead of focusing on the target, it’s a journey to nowhere (everywhere)."