How faulty government policies ruined farmers and made our cities unbreathable

Environmental refugees have swelled the urban populations to levels well beyond anything existing infrastructure can handle.

Laws governing forests and wildlife have traditionally been used by ruling classes to limit and often deprive rural populations of access to their traditional resource base. When such laws were introduced in the modern era, during the late 17th century in Europe, their intention was well meaning, intended to control the rampant killing of wildlife. By the late 18th century, these laws had become so repressive for villagers and commoners that in France, the first laws to be repealed after the Revolution were the wildlife laws.

They were part of a plethora of means used to deprive the rural populace of resources and force them into urban slums to become the "industrial labour pool" that created the "Industrial Revolution". They were also a means of getting rid of undesirables who stood up to the system being imposed by the aristocracy and emerging industrialists. These were shipped off to Australia with their families after duly being convicted in the drawing rooms of squires and justices of the peace on charges of killing a rabbit or a pheasant.

By the 1950s, Indian naturalists had begun to note a decline in India’s wildlife. Around 1971, they asked the then Prime Minister, Indira Gandhi, to ban the hunting of tigers for 3 years, to allow populations to recover. Mrs Gandhi responded by pushing through the Wildlife Protection Act, 1972, which effectively stopped hunting not only of tigers, but all other wildlife as well. 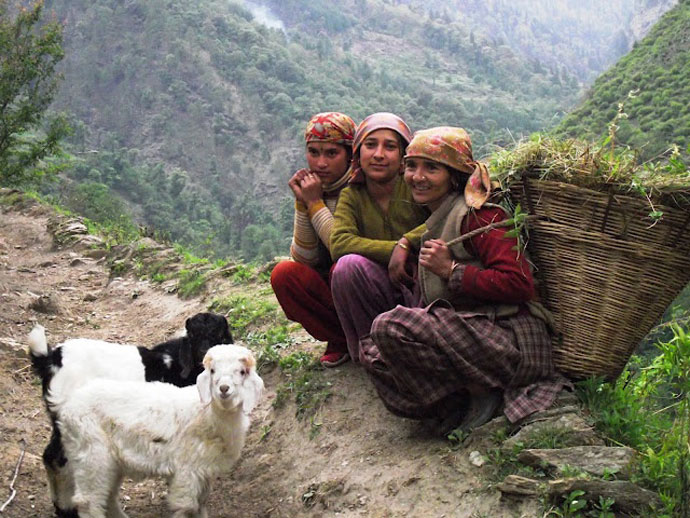 Subsistence farmers do not have the means or motivation to transport carcasses to government offices. Photo: Pinterest

This went down well with an educated, urban elite that made up for its lack of understanding of nature by its ardent desire to participate in what came to be known as the conservation movement. No one consulted the rural population, who stood to be most affected by the law.

By including every mammal in its ambit, the Act sought to provide "protection" to every animal within the country. In some cases, it succeeded in this to such an extent that it became virtually impossible for farmers to protect their crops or for horticulturalists their orchards from legally protected vermin.

Meanwhile, rhesus macaques were also included under the Act. No one is quite sure why this was done, but some believe that it was intended to stop the export of these monkeys for experimentation by the medical and cosmetic industries in the developed world. Anyone familiar with governmental procedure would tell you that this aim could equally well be achieved by a simple notification, so there is clearly some deeper intelligence at work here. The protection of monkeys and wild boars has contributed significantly to the choking smog that envelopes our cities today. Photo: Reuters

The combination of daylight raids by monkeys and night time raids by wild boars has made agriculture an uncertain adventure in large parts of the Himalayas. Nilgai and wild boars cause great damage in the Gangetic plain. The population of rhesus monkeys has expanded to such an extent that bands are now found almost to the trans-Himalayan zone in Garhwal, where earlier they were restricted to lower elevation.

Out of an estimated 16,000 villages in Uttarakhand, more than 1,000 villages have been entirely abandoned, since subsistence agriculture is impossible. A government commission has been set up to try and bring people home, but they cannot come, because there is no means of subsistence.

The cumulative result of current provisions of the Wildlife (Protection) Act is that farmers who protect their crops are criminals. Since farmers cannot protect their crops, they stopped planting them and migrated to cities. By doing so, they played into the hands of economists and industrialists, so that while 80 per cent of the Indian workforce was involved in agriculture during the 1970s, the figure is now down to 60 per cent. Of the 40 per cent urban population, a sizeable proportion has moved there under duress and these are usually the poorest Indians.

This migration has resulted in unprecedented pressure on the resources of cities. The unimaginable pollution levels that are increasing annually around our urban sprawls will continue to increase as migrants continue to arrive, unless the unjustified policies that made life impossible in rural areas are reviewed and rejected.

In 70 years of Independence, faulty policies and gross mismanagement of forests, water resources and rural institutions have resulted in dying rivers, failing agriculture, poisoned groundwater and a large stream of environmental refugees to urban areas. The latter has, in turn, precipitated a pollution problem of unprecedented dimensions, since life support systems on earth were never meant to be able to sustain such large and dense mammalian populations.

Forests need management, not bans. Emotional appeals of "wildlife lovers" cannot justify laws that cause misery to untold millions. To abandon one’s ancestral home and village because of faulty governmental policies is unjustifiable, especially when those governments claim to represent the interests of the people. These environmental refugees have swelled the urban populations to levels well beyond anything existing infrastructure can handle, which means that in a case of brutal, yet poetic justice, the village has come to throttle the city, which is where the laws and policies originated that unjustifiably made village life unliveable.

Further simplifying the problem, the protection of nilgai, monkeys and wild boars has contributed significantly to the choking smog that envelopes our cities today. Of course, there are other laws and policies in place that have contributed to make life in rural areas impossible, but the contribution by monkeys and pigs cannot be underestimated!

#Farmers, #Smog, #Pollution, #Wildlife
The views and opinions expressed in this article are those of the authors and do not necessarily reflect the official policy or position of DailyO.in or the India Today Group. The writers are solely responsible for any claims arising out of the contents of this article.