Why I think Theresa May's Brexit press conference was repetitive

Will there be a second referendum? PM May says no.

For Britain’s PM Theresa May, November 15 was a terrible day. After Cabinet had discussed her 575-page report, it was mauled in Parliament. Five ministers resigned, including Dominic Raab (the Brexit negotiator), his junior minister Suella Braverman, Esther McVey (Work and Pensions), Ranil Jayawardena, and Shailesh Vara (minister Northern Ireland).

I am particularly proud of Shailesh, who was my student in England. Amongst Tories, Rees-Mogg and Rehman Chishti motioned for her resignation as PM, some even as an MP. PM May’s press conference defiantly refused to resign, or call a general election. Some thought her press conference ‘resilient’ with humour, I thought it was repetitive. 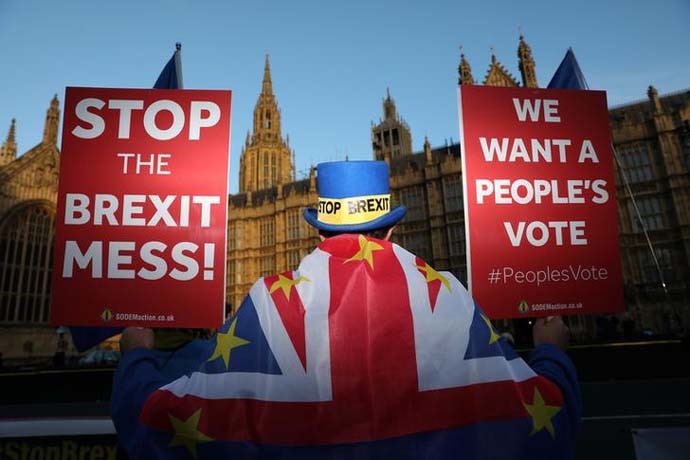 Ireland wants to remain in the EU, but it has a common border with Northern Ireland of UK. (Photo: Reuters)

The British have long believed that their Parliament is sovereign.

In a (1935) case, British Courts declared that Britain could theoretically reverse the dominion status Acts of Canada (1867) and Australia (1900).

Equally, theoretically they could reverse the Indian Independence Act 1947.

Their Constitution is not entrenched by special procedures.

When joining the EEC (now EU) came up in 1972, the ebullient Lord Denning in the Bollinger case said that the EEC was ‘coming up the estuaries and rivers there was no stopping it’.

The European Communities Act 1972 allowed the UK in with two parallel systems subject to the European Court at Brussels.

The Treaty was incorporated by law.

Britain also subjected itself to the European Human Rights Convention (EHRC) by a statute in 1998, which stated in Section 6 that public authorities (not Parliament or higher courts) would have to act according to the EHRC and were subject to the Strasbourg Human Rights Court.

An empire shrunk to the little measure of the British Isles showcases this pride.

No federal system was created like India, but a reversible devolution of power.

Legal sovereignty remains despite Europe as affirmed in the Jackson case (2005). Tory leaders who are hardline Brexiters care for this sovereignty. Labour leader Jeremy Corbyn is really a Brexiter, but takes oppositional positions.

In this confusion, Tories believe that they might win a general election even without PM May as a liability.

What is impressive is the discourse of democracy continues despite sharp divisions.

The issues are compelling.

There is freedom of travel and jobs.

Middle class travellers, like some friends who do not see beyond their nose, despise Brexit. Workers are divided since Poles and East Europeans are providing cheap labour.

What will Brexit do in the areas of movement of capital, goods, finance?

Will Britain lose out on its declining status as a finance capital? 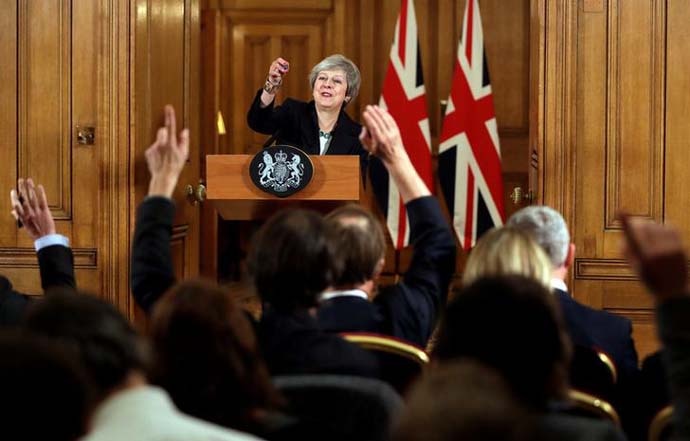 The customs union is important, because there will be tariffs with European trade.

Britain cannot just deal with other countries who already have special deals with the EU.

What will the EU get out of a customs union, with the balance of trade with UK in their favour?

It is a question on which a response will come from the EU on November 25, 2018.

Did the Tories trigger off the two-year period under Article 50 too early in 2017?

All 27 nations of the EU have to agree to UK Brexit deal.

Will the PM ask for time? She says ‘No’.

Ireland wants to remain in the EU, but it has a common border with Northern Ireland of UK.

Presently, goods, services, etc., can move across the border on no tariff terms.

What will happen under May’s proposed customs Union terms?

Under the deal, the Common Travel Area (CTA) will remain. But it also means EU citizens can travel to Dublin, cross to Belfast, get on a boat to England without passport check.

My former student Shailesh Vara, minister, Northern Ireland, led the rebellion of May 15.

After May’s gamble of an election in 2017, she heads a minority government with the support of the Northern Ireland parties. There are other aspects of the general deal preserving some aspects of intellectual property and above all the cost of supporting the EU till 2020.

PM May feels that she can better spend that EU money on the Health Service and benefits.

Britain had a referendum in 1975, in which I voted, not to leave the EU.

In 2017, it had another referendum resulting in exit from Brexit.

Will there be a second referendum? PM May says no.

Others are not sure. Scotland’s devolved government wants to remain in the EU, as does Northern Ireland. Referenda are possible in countries like Switzerland where majoritarianism will not foreclose the result. It works in Switzerland as an extension of democracy.

In India to kill a Bill, it is circulated for public opinion. Nothing more.

In India, owing to majoritarian populism, any referenda can overwhelm any version of a balanced democracy itself.

It is said Parliamentary sovereignty in the UK is compared to the Greek liar paradox. If a statement is made by a Greek that all Greeks are liars, then this statement is itself a lie.

A present Parliament’s assertions of absolute sovereignty are belied by future parliaments, claiming the same sovereignty to overturn the previous sovereign as a lie.

Also Read: Theresa May: Cricketing metaphors and the end of Prime Ministerial innings