Why RSS now wants the BJP to focus on minorities

The party's ideological parent has identified the areas where the party made astounding electoral gains in the Lok Sabha elections 2019.

The Rashtriya Swayamsevak Sangh (RSS) keeps itself away from electoral politics, but it apparently thinks that the BJP government should now walk on the road of ‘minority appeasement’.

In fact, not only minorities, the government should actually focus more on women and Dalits in addition to minorities in its second term. These are the three areas of major gains the party made in Lok Sabha elections 2019, which should not be allowed to get washed away in the coming days. 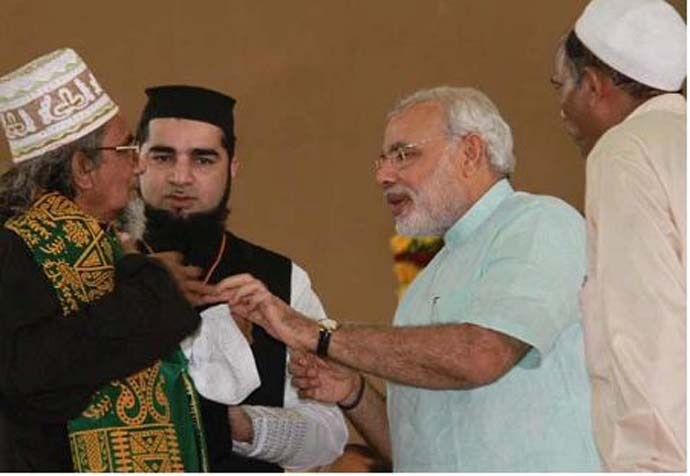 Many Muslim majority areas voted overwhelmingly for the BJP. The gains should not be wasted. (Photo: India Today)

If someone watches closely how the BJP and the RSS function in tandem, one will find that the road to power is through the politics of appropriation. At the core of this strategy lies a group which has been, so far, antagonised by the Hindutva politics — both the RSS and the BJP. Then they gradually warm up to them and start appropriating their symbols.

Resistance and appropriation are the two tactics to work in the domain of power. Both provide space for political expansion. This is a tried-and-tested method of political gains for the BJP. Now the RSS wants the party to co-opt social groups like tribals, Dalits, women, and minorities.

The groundwork is done

The RSS and its affiliates are already working in these social pockets under various names and banners.

Muslim Rashtriya Manch, various vanwasi kalyan groups, samarasta (harmony) abhiyan groups, Rashtra Sevika Samiti are some of these RSS-affiliated groups working effectively with these social groups. According to the RSS, these social groups are the soft targets of radical politics, including the Ambedkarite politics, Naxals, and political parties like the CPM, the BSP and to some extent, the Congress.

The BJP will make easy inroads in these pockets as the RSS organisations are already working among these communities to provide them education, health, occupation, etc. 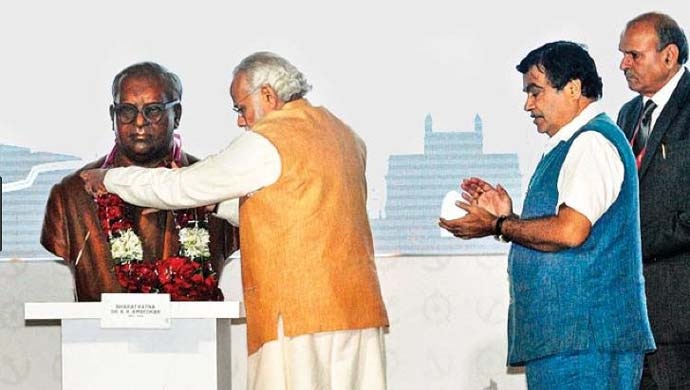 Politics of appropriation is a tried-and-tested strategy of the RSS and the BJP. (Photo: Twitter)

Working closely with these groups for their social development can’t be a long-term plan. The BJP is accommodating them within the party and the government.

The central government, through its policies and programmes, is trying to give a message to these communities that this government is sensitive towards these communities and want to tackle their problems and issues. The direction of Pradhan Mantri Awas Yojana, Ayusman Bharat and Ujjwala Yojana is set towards such social groups.

The RSS and BJP are also trying to appropriate heroes and icons of these communities in their socio-political discourse. In RSS offices and their various programmes, one may find photos of Ambedkar, Birsa Munda, Suhal Dev, Uda devi.

The appropriation of these symbols by the Hindutva Parivar is an explicit effort to capture ideological resources of the radical and non-Hindutva power.

This appropriation is not always a very easy process. It needs a political appetite to take the work forward.

The RSS has sensed that in the case of Dalits, minorities and women, the appetite is already there.

Also Read: The real RSS vs the one in their heads: How Mamata Banerjee and Rahul Gandhi are fighting an RSS that does not exist