On January 25, 1990, Squadron Leader Ravi Khanna, Corporal DB Singh, Corporal Uday Shankar and Airman Azad Ahmad were waiting for the Air Force bus to take them to work at Rawalpora Chowk in Srinagar, along with 40 other IAF personnel.

It was Republic Day eve.

On that cold January morning, a Maruti Gypsy came hurtling towards the IAF personnel on the outskirts of Srinagar. A group of armed terrorists jumped out and sprayed bullets at the air warriors.

Four air warriors made the supreme sacrifice of their lives. 10 others were injured.

Mohammed Yasin Malik of the JKLF and other terrorists with him remain unrepentant for this and multiple other acts of terror in the Kashmir Valley. Yasin Malik is among the main accused in this heinous act of terror. 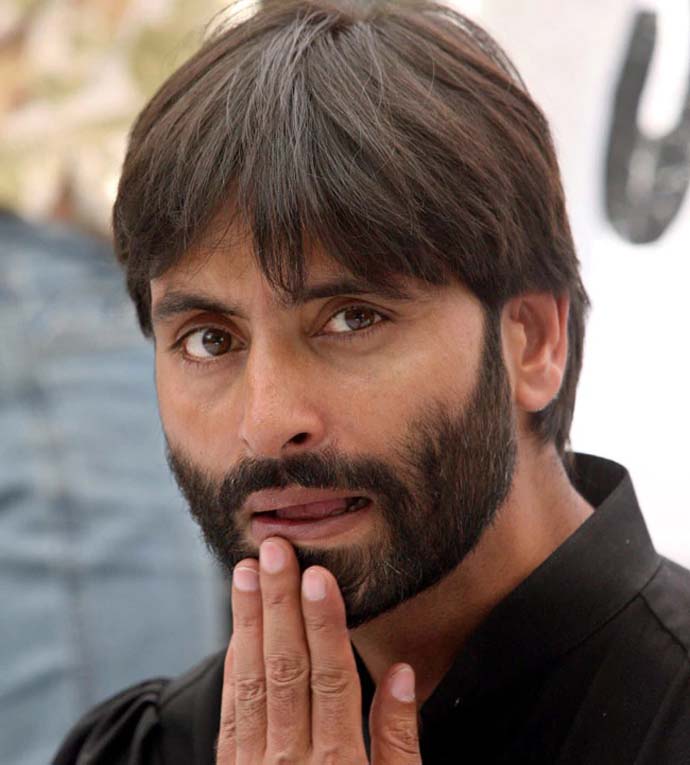 But this was not the first act of terror by JKLF – banned by the Narendra Modi government on 22nd of March 2019, a full 29 years later.

Yasin Malik renounced violence as a way of resolving J&K issue a long time ago. He was treated as a stakeholder in a dialogue initiated by then PM Vajpayee ji. What will a ban on his organisation achieve? Detrimental steps like these will only turn Kash into an open air prison.

Their father, Mufti Mohammed Saeed, was then the union home minister. India buckled under pressure and earned the dubious distinction of releasing five terrorists in exchange of Rubaiya Saeed on the evening of December 13, 1989. “JKLF is the oldest terrorist organization in J&K. These were the first batch of terrorists who crossed the porous line of control and went to Pakistan occupied Kashmir for weapons training,” says Kuldeep Khoda, former director general of J&K police. Yasin Malik was among the pioneers of terror in J&K — and systematically began terrorizing and killing Kashmiri Pandits in the Valley, he adds.

Rajiv Gauba, the union home secretary, does not mince his words when he blames the JKLF, led by Mohammed Yasin Malik, for the genocide of Kashmiri Pundits and their exodus from the Valley. 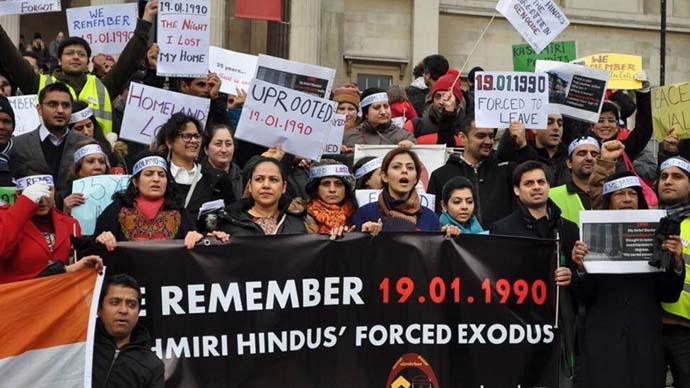 “Jammu & Kashmir Liberation Front led by Md. Yasin Malik has spearheaded the separatist ideology in the Valley and been at the forefront of separatist activities and violence since 1988. Murders of Kashmiri Pandits by JKLF in 1989 triggered their exodus from the Valley. Md. Yasin Malik was the mastermind behind the purging of Kashmiri Pandits from the Kashmir Valley and is responsible for their genocide,” Gauba tells journalists as the Ministry of Home Affairs banned the JKLF under the UAPA.

“JKLF has many serious cases registered against it. This organisation is responsible for the murder of 4 Indian Air Force personnel and kidnapping of Dr Rubaiya Sayeed (daughter of the then Home Minister Mufti Mohammad Sayeed in Shri V. P. Singh’s Government). This organization, alongside, is also responsible for illegal funnelling of funds for fomenting terrorism. JKLF is actively involved in raising of funds and its distribution to Hurriyat cadres and stone-pelters to fuel unrest in the Kashmir Valley as well as for subversive activities,’’ he adds.

Investigative agencies including the CBI and Enforcement Directorate (ED) are actively once again pursuing cases against Yasin Malik and other terrorists of the JKLF.  “Activities of JKLF (Yasin Malik) pose a serious threat to the security of the country and are prejudicial to the territorial integrity and sovereignty of India. The organization has been actively and continuously encouraging, feelings of enmity and hatred against the lawfully established Government as well as armed rebellion,” Gauba told journalists, giving details of the 37 FIRs that have been registered by J&K Police against JKLF.

But the question remains – all these facts and more are known to every government since the early 1990s.

Why is it that action is only being initiated now?

For 4 1/2 years Yasin Malik isn’t a threat, Jamaat Islami isn’t a threat, Pakistan National Day is a function that must be attended. Now suddenly once an election is announced an immediate u-turn is executed.

Such questions will be asked. On February 28, 2019, the Ministry of Home Affairs also announced a ban on Jamaat-e-Islami J&K. The government sees the JeI J&K as the ideological and financial mentor of the largest terrorist organization in J&K – the Hizbul Mujahideen. Again, questions are being raised about the timing of action against the separatists and terrorists. He too has some questions on the timing of the ban on Yasin Malik. (Photo: Reuters)

BJP President Amit Shah, however, justifies these measures as clinical and scientific action against terrorists and separatists, insisting the Narendra Modi government is standing with the security forces in their war against Pakistan-sponsored terror.

Security affairs analysts see the action against the JeI J&K and JKLF as an important first step towards dismantling the separatist-terrorist nexus.

“This should have happened decades ago. However, in the past, terrorists like Yasin Malik were used by the state to counter both armed Pakistan sponsored terrorists and propaganda. He abandoned the gun and led the forces to several other terrorists and their strongholds. There was a large recovery of weapons at the behest of JKLF terrorists who were suddenly (though incorrectly) hailed as `Gandhians. Yasin Malik tried to play all sides including Pakistan. However, the message of the government is very clear – the ecosystem created by Pakistan and its proxies will be completely dismantled,’’ sources say.

The government has taken the first step. It remains to be seen whether it will be taken to its logical conclusion by the government that is sworn in post-May 23, 2019.

Also read: Rocky road ahead: Only time will tell if 'hawa badlegi' for Shah Faesal and Shehla Rashid's JKPM