A year ago, the BJP stunned the nation with a sweeping victory in the Uttar Pradesh Assembly election, winning 312 of the 403 Vidhan Sabha seats. It was followed by another big surprise when the BJP high command appointed the five-time MP from Gorakhpur, Yogi Adityanath, as chief minister.

He was head of a powerful, if small, temple trust with neither any experience nor any understanding of administering a state as vast and complex as Uttar Pradesh.

There was a subliminal message in his selection by the party. Here was a saffron-clad priest who had a tough-guy image with no family in tow and who embodied Hindutva without having to spell it out. 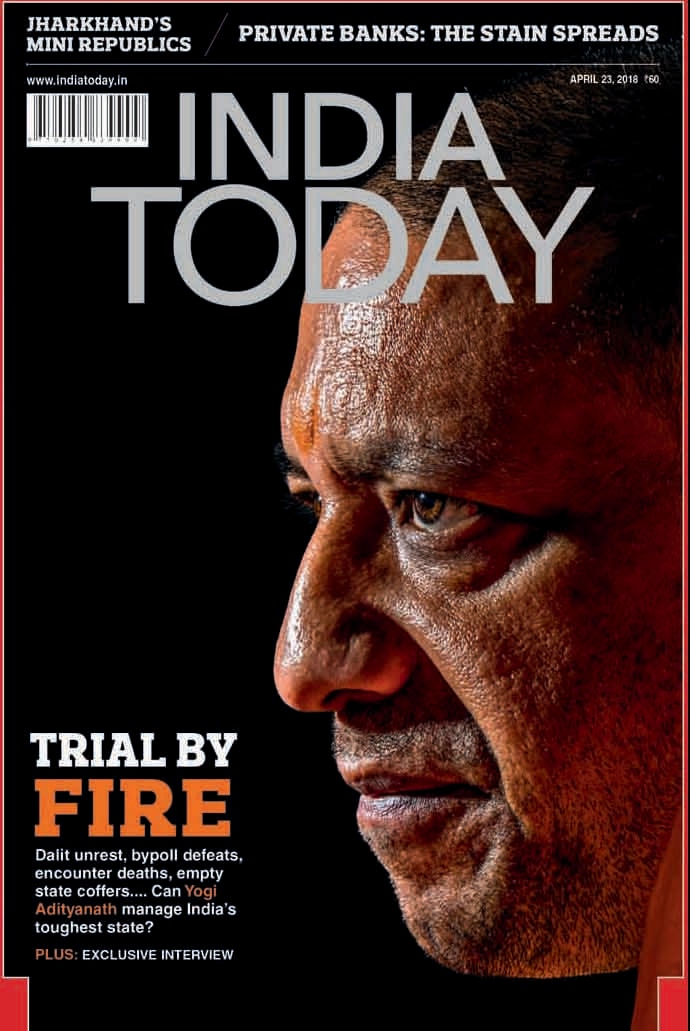 He started off well by disciplining the slothful state bureaucracy and cleaning out corruption in the police force. He came across as a no-nonsense administrator who would deal swiftly with the criminal networks that had bedevilled the state. The promise was that he stood for progress for all sections of society.

Recently, three events have taken the sheen off the politician-monk’s image - the alleged cover-up of a rape by a BJP MLA; the open anger of four Dalit MPs from Uttar Pradesh against the treatment of their community; and the defeat of the BJP in two critical by-elections, one of them being in his constituency, Gorakhpur. Last year, more than 600 children died in Gorakhpur and its surrounding districts from encephalitis.

Closure of illegal slaughterhouses caused widespread loss of livelihood and led to the growing menace of stray cattle. State coffers are empty and debt has risen two-and-a-half times in the past 10 years. Unemployment is high - 10 million at last count. And "encounters" have been rising. The police have carried out 1,322 encounters, gunning down 44 alleged criminals in the last one year. Their frequency has led to criticism that several were staged.

Add to this, the Hindutva agenda has been pursued unapologetically, from celebrating Diwali with much pomp and show at Ayodhya to withdrawing 131 cases linked to the 2013 communal riots in Muzaffarnagar and Shamli.

Adityanath has been eloquent in his own defence, even admitting mistakes, blaming “overconfidence” for the defeat in the byelections. But so far he has not shown the ability to correct his errors, choosing to paper over them, whether it was the rather obvious denigration of the Taj Mahal as part of Indian heritage or the consequences of anti-Romeo squads, which seemed more like an extension of the dubious love jihad campaign.

This week, India Today’s cover story examines the man in the hot seat and his tenure so far. It includes an in-depth interview by group editorial director Raj Chengappa, India Today Hindi editor Anshuman Tiwari and assistant editor Ashish Misra, in which Adityanath dismisses Dalit outrage as a “sponsored drama” and insists that he “cannot recite the Hanuman Chalisa at home and wear a skull cap outside just to attract votes”.

It is most unusual to have a monk who is so open about his agenda - he maintains there is no difference between Hindutva and development - run a state with so many problems but so much potential.

“Yogi Adityanath’s personal integrity remains unquestioned and he has pushed hard for transparency and clean dealings in the state,” says Chengappa. “But his inexperience in governance is taking its toll and has been exacerbated by the fact that most of his cabinet colleagues are also newbies.”

It bears repetition that Uttar Pradesh’s population of 220 million is larger than that of Germany and France combined. The BJP’s stunning victory in the general election of 2014 owed a lot to Uttar Pradesh, where the party won 71 of the 80 Lok Sabha seats. Much of that was because of Prime Minister Narendra Modi’s appeal beyond the BJP’s traditional upper caste vote bank to non-Yadavs among the Other Backward Classes and Dalits.

But that fragile alliance built on the promise of sabka saath, sabka vikas looks set to self-destruct now, which doesn’t bode well for the BJP in the 2019 general election.

With the elections barely a year away, the big question is whether the yogi can replicate the 2014 result in this critical state. His benefactors will be watching closely.