No play with Pakistan: We Indians must choose between national pride and our martyrs' sacrifice versus a game of cricket

If Pakistan plays the World Cup, India withdraws. We owe this to our own sense of nationhood and our brave-hearts. If we unite in this spirit, our win will be much bigger than any World Cup.

How much space do we have in our domestic lives for a neighbour who recurrently attacks to kill our family members — or is continually plotting and planning to do so? Do we encourage our children to go play cricket with such a neighbour, in the name of humanity and nurturing a sporting spirit? Quite simply, what is unthinkable for our families should equally — if not more vehemently — be true for our nation.

The debate today — should we or should we not play Pakistan; should we concede 2 points by not playing them; what if we have to then play them in the semi-finals — is a set of non-issues.

The issue we should present to the ICC and the world should be that Pakistan is a terror state, continually waging acts of war against India, and the only choice the ICC has is a World Cup either with India as a participant — or with Pakistan as a participant. The only field of any achievement Pakistan can even share with India is cricket. We need to space them out of there. (Photo: Reuters)

If Pakistan is permitted to participate, it is critical that India withdraws.

And by India, we not only mean team India, but also Indian sponsors, the Indian media and Indian fans. It will have a commercial cost for us but this would be minuscule when weighed against national pride and principles. The right time to name, shame and game Pakistan is when the eyes of the world are trained on a World Cup.

But, some ask, if we withdraw, will we be looked at as the petulant rich kid of global cricket, who leaves the game when things do not suit us?

We must first understand ourselves and then sensitise the world about the principle we are fighting for. The issues we raise are about our sovereignty and national security — which have been under threat and attack for years. The attacks have resulted in the loss of thousands of lives of our citizens and our armed forces. These issues we raise define the core of who we are as a nation. We are not being petulant — only principled.

The ICC and the world can decide the standards they choose to hold themselves to — but they must make a choice.

The sporting isolation of South Africa had a huge impact in the fight against apartheid. Terrorism is similar — it's only a more vicious monster. The isolation of Pakistan from the World Cup could be a major influence on the long road to fighting terrorism.

The entire line of thought of 'play them and beat them' (as we would expect to do anyway, given the history and the current form book) obscures the fact that we have beaten them on every occasion in the past, and it's not unlikely the loss of face on the cricket ground has likely manifested itself in more devious actions within our country and on our borders. 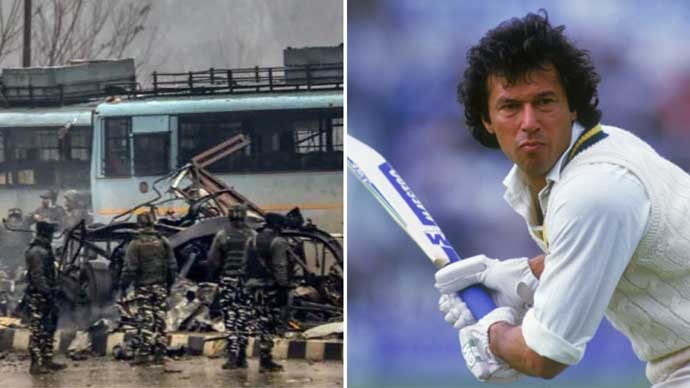 No, the thrills of cricket are not over and above the agony of terrorist acts like Pulwama. (Picture: DailyO)

If playing them and beating them hasn’t worked in the past, it won’t work in the future.

Acknowledge that we are probably the best cricketing nation in the world today — we do not need a World Cup to reaffirm our cricketing stature. When a team which is rated highly by experts globally to have a real chance to win the World Cup is willing to risk that opportunity as a matter of national principle and pride, it may be worth more than the Cup itself.

The only international sphere where Pakistan can even stand on the same field as India is cricket. On every other parameter which matters — economic, global stature, international statesmanship, democracy, diversity, achievements (as people and the nation), Pakistan can never be spoken of in the same breath as India.

Deny them the only legitimate opportunity where they can hope to share the same field as us. It is time for us as a nation not to stop, but to stand as tall as we really are.

If India feels outraged by acts of terrorism today, who is to say that this may not be the misfortune of the UK, Australia, South Africa or any other nation tomorrow? If they all, like us, want to shape a different tomorrow, they must act with us today.

Given the vibrancy of our democracy and the intellectual energy of our citizens, this suggestion, to have Pakistan banned or have India withdraw from the World Cup, is likely to foster more debate on prime time shows and social media. 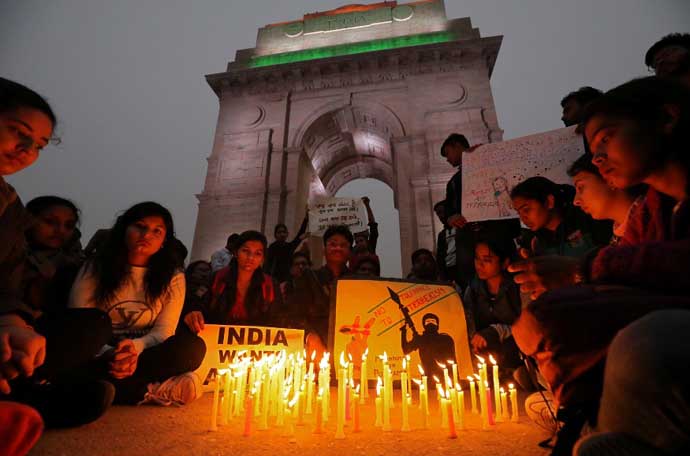 My request is: let us stop the debate and put India first.

We cannot shed tears and hold up candles for our jawans if we cannot prioritise their lives — and our national pride — more than a game of cricket.

#Ban pakistani cricket, #Pulwama terror attack, #ICC World Cup, #India vs Pakistan
The views and opinions expressed in this article are those of the authors and do not necessarily reflect the official policy or position of DailyO.in or the India Today Group. The writers are solely responsible for any claims arising out of the contents of this article.

The writer is practicing advocate in the Bombay High Court and the Supreme Court.