Lionel Messi is still carrying all of Argentina to the World Cup.

Ah, 2014 - Donald Trump was still only an obnoxious billionaire, Facebook was still as careful with our personal data as an Uber driver is in peak traffic, India launched a successful mission to Mars' orbit and Lionel Messi buckled under the pressure of carrying all of Argentina (and Cristiano Ronaldo haters), losing the World Cup final to Germany.

Four years later, Donald Trump is now an obnoxious billionaire president, someone in Montenegro is using your identity, and Lionel Messi is still carrying all of Argentina to the World Cup.

So, here we are again - a new World Cup, new plotlines, new players striving to break into the top, and older ones striving to stay there. Add to that the sideshow of the Video Assistant Referee (VAR), which will be making its World Cup debut, and we could be in for quite an eventful and entertaining month ahead.

There was a time when the World Cup was the undisputed football showpiece. However, since the Bosman ruling freed European clubs from having to play a limited number of foreign players, the Champions League has emerged as the elite competition in the sport. The all-action, high-press football we are used to seeing week in and week out may be missing from the first few rounds in Russia, though once the cream comes through to the knockouts, the pressing game could see a return. There was a time when the World Cup was the undisputed football showpiece.

Also hoping to return to the top of the world, will be defending champions Germany, who along with Spain, Brazil and France, are the bookies' favourites for the tournament. Just below that lot are Messi's Argentina, Belgium, and everyone's favourite car crash waiting to happen, England.

While it's hard to see past this group of teams as challengers to the throne, if I were a betting man, I'd take a punt on Morocco and Uruguay to threaten the establishment. Morocco don't have the easiest draw, with Spain and Portugal in their group, but have a very talented side with playmaker Hakim Ziyech one to particularly look out for. Ziyech, who was eligible to play for The Netherlands but opted for Morocco, has the sleight of foot and movement to pry open defences. Morocco were famously parsimonious in qualifying for the World Cup, conceding only one goal and will be no pushovers.

Uruguay, on the other hand, have been handed a very favourable draw, and potentially have the players to take them deep into the tournament. Watch out for the midfield duo of Inter Milan's Matías Vecino and Juventus' Rodrigo Bentancur linking up with the old warhorses Luis Suarez and Edinson Cavani. The other two I'd be keeping an eye out as potential giantkillers are Senegal and a Denmark side, who despite missing the self-proclaimed best player in the world, Nicklas Bendtner, are a side full of names from the top leagues in Europe.

The World Cup traditionally gives us a glimpse of the next big thing in football. The tyro who will dazzle on the big stage, show up his more experienced opponents and then get promptly get bought by Real Madrid - Mesut Özil in 2010, James Rodriguez in 2014. 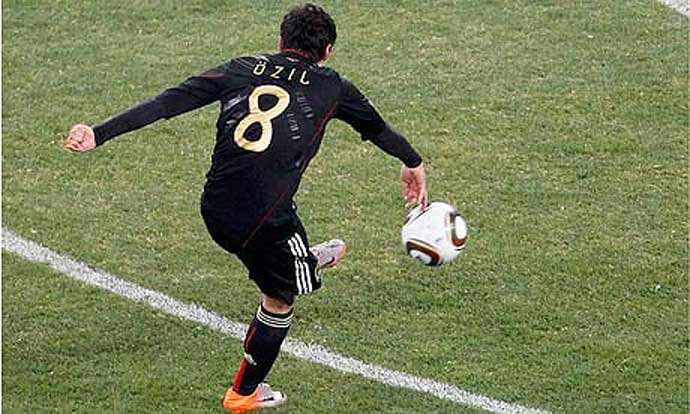 And while, in today's era of social media proliferation and continuous football coverage, it is difficult for the Next Big Thing to stay in the shadows - as is evident from 19-year-old Frenchman Kylian Mbappé's €180million move from Monaco to Paris Saint-Germain, or 21-year-old Brazilian Gabriel Jesus's €33million move to Manchester City - there are a few, yet unheralded names who could make that big move post Russia.

The first name on that list is Serbia's Sergej Milinkovic-Savic. Anyone who watched Lazio last season will tell you that this kid can play. Comfortable in possession and combative without it, Milinkovic-Savic could turn a few heads and add a substantial number of zeroes to his price tag in Russia.

Kasper Dolberg isn't your quintessential modern-day footballer. He doesn't do a Fortnite dance to celebrate goals, his haircuts don't trend on Twitter and his claim to fame - so far - hasn't been a multi-million pound transfer. And while you'd hope the first two remain that way, a strong showing in Russia could have a big impact on the last point. The Danish forward had a breakthrough season with Ajax in 2016-17, with 23 goals in 47 games, but had an equally tempering 17-18. The hope then is that Russia will see the best of this extremely talented forward.

It's almost upon us - the one time where Virat Kohli fanboys develop a keen interest in football, your colleague, who was in Frankfurt once on transit, finds a deep love for Germany and insists on calling the team "Die Mannschaft", and your Football Manager-playing friend will tell you how 3-4-2-1 is the new 3-5-2, which was, quite obviously, the new 4-3-3.

Will Lionel Messi finally win the World Cup? Will Cristiano Ronaldo sulk every time his teammates score a goal? Will England do their best impression of England? What colour will Paul Pogba's hair be? Will Egypt reconstruct The Sphinx with Mohammad Salah's face if they win the whole thing? So many questions!

Let's just sit back and enjoy the next month.

Post your comment
#FiFA World Cup, #Fifa world cup 2018, #Football
The views and opinions expressed in this article are those of the authors and do not necessarily reflect the official policy or position of DailyO.in or the India Today Group. The writers are solely responsible for any claims arising out of the contents of this article.