How Test matches run parallel to our lives

The see-sawing fortunes of a Test accompany our own ups and downs in the course of a working week.

Cricket is the rare sport that becomes a different beast depending on the format in which it is played. While the T20 types will rarely watch Test cricket, the fans of the latter are not averse to lapping up some fly-by-night fun of the IPL variety.

Test matches are about the grind rather than the instant gratification of a win. A Test match is an ongoing moment that runs parallel to the moments in our individual lives. As the grocer or the barber or the surgeon goes about their daily routines, everyone keeps an eye on the score. The see-sawing fortunes of a Test accompany our own ups and downs in the course of a working week. A part of life: Everyone keeps an eye on the score. (Photo: Reuters)

Winter Tests are the time when waking up on cold mornings is a pleasure. It's the only time when it's kosher to wake up and reach for the TV remote first thing. Even doing one's morning ablutions takes on a certain frisson. 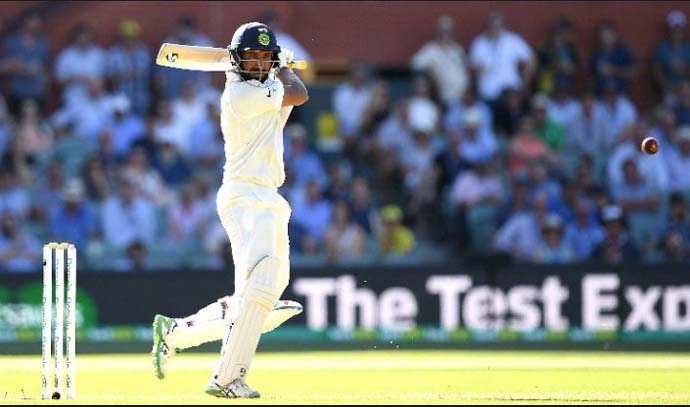 I knew I could take a shower and maybe slip a shave before Pujara makes history. (Photo: Reuters)

On Friday morning, with Pujara at 193 on the second day of the final Test against Australia, I had to make a call. Pujara, I knew, would take his sweet time to get to a double. Enough time to take a shower and maybe slip in a shave. I did both and rushed out only to find Pujara still at 193. The very next ball he was out, caught and bold by offie Nathon Lyon, who had, the previous day, told Pujara just after he reached his ton, "Aren't you bored by now?"

What has happened to Pujara in the past is nothing short of a travesty. He was dropped in the first Test in the series against England. This is a man who went past VVS Laxman's career record of seventeen Test centuries in the current match. VVS was a legend by then; Pujara is still cementing his place in the Indian side. Mistakes are bound to occur when one man makes all the decisions. (Photo: Reuters)

Team selection has been one of the frustrating factors in India's overseas campaigns. Kohli, a brilliant cricketer, also seems to be the self-styled chief selector, highly unusual in world cricket. Mistakes are bound to occur when one man makes all the decisions. There is no room for the clarity of a calm objective outside eye. In the last series, the English heaved a sigh of relief that Jadeja was left out till the last Test. Jadeja not being selected baffled them. Tell Kohli that. When Jaddu was brought back, he made a vital difference.

India's pace battery has been a joy to watch. It's a sight never seen before in our cricket, three fast bowlers bowling above 140 mph, in tandem, each one of them: Bumrah, Shami and Ishant, being wicket-taking bowlers. With Bhuvaneshwar Kumar, Umesh Yadav, left-arm seamer Khalil Ahmed and Hardik Pandya waiting in the wings, we have plenty of bench strength in case of injury or lack of form.

I remember seeing Bumrah make his debut for the Mumbai Indians in the IPL. Wankhede was packed to the rafters. The skinny Bumrah had been plucked out of nowhere and was yet to make his first-class debut. His first over did not begin well. There was a no ball and a wide, which brought Tendulkar and Ricky Ponting running in from the covers to soothe the debutant's nerves. With the third or fourth ball, he took a wicket and the journey had begun for one of the world's finest strike bowlers. 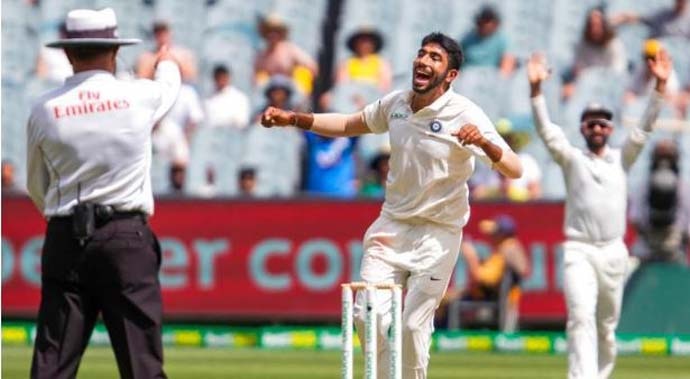 India's pace battery has been a joy to watch. (Photo: AP)

There were times the 'banter' got offensive — with the Aussies it often does. The Aussie crowd booed Kohli for no reason. Aussie commentator O'Keefe made disparaging remarks about the unprounceability of Cheteshwar's (Pujara) name and Mayank Agarwal's big scores in Ranji having come off the Railway canteen team.

Pujara scored three tons. Agarwal survived tough bowling and many hits to body and helmet to reach the seventies in two consecutive Tests, justifying Gavaskar's frantic pleas to fly him into the squad. Once Prithvi Shaw is fit, Mayank and he look like having a fair shot at becoming India's best opening pair in years.

Young Rishab Pant, Uttarakhand's pride (though he plays for Delhi), had his own sledging run-ins with Aussie wicketkeeper Tim Paine, who invited him to babysit his kids. Pant sportingly got photographed with Paine's kids after the match and returned to score a 150 in the final Test, the only Indian wicket-keep in history to do so. Those who don't follow the game often give the reason that Test cricket takes too much time.

Between 2018 and 2019, India played three against South Africa, five against England and four against Australia. That is a total of sixty days watching cricket-two months of a year gone.

But it is time well-spent, for overseas series are few and far between. There is a gap of three to four years between tours. So these three more or less back-to-back series - all played in tough batting conditions - were to be treasured. The next Test Pujara plays will be in July. What will we Che fans do until then? In the meanwhile, it's time that Ajinkya Rahane made room for him as vice-captain.

Post your comment
#Cheteshwar pujara, #Virat Kohli, #India australia test, #Test Cricket
The views and opinions expressed in this article are those of the authors and do not necessarily reflect the official policy or position of DailyO.in or the India Today Group. The writers are solely responsible for any claims arising out of the contents of this article.