It takes talent to nurture and mentor talent. Coach Achrekar was one such being who gave India a Bharat Ratna and other remarkable cricketers.

Ramakant Achrekar is no more. The moment the news turned public, tributes started to pour in on social media for the man who was instrumental in giving Indian cricket stalwarts like Sachin Tendulkar, Pravin Amre and other noted cricketers. 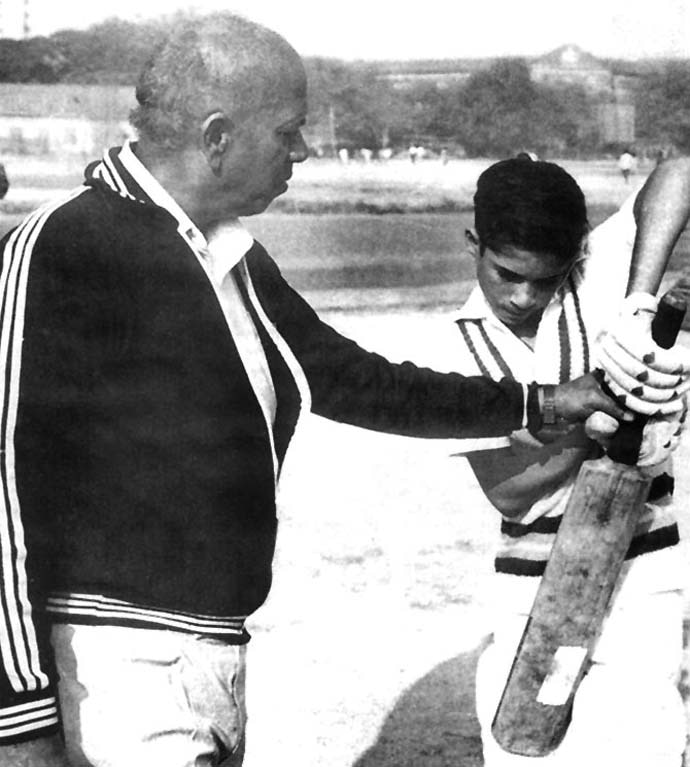 Sachin, it was only natural, would lead the tributes for someone he had a deep bond with. In fact, in a conversation, this is how Sachin explains his initiation into cricket.

“The transition from playing with tennis ball to playing with the cricket ball happened under the watchful eyes of Ramakant Achrekar. I had accompanied Ajit to Achrekar Sir’s nets in Shivaji Park to try my luck to gain entry to his summer camp. Anyone could come for a trial at the camp and then, it was Sir’s discretion to admit or reject the candidate. There were nets for players from all age groups starting with the sub-junior (under 15) and junior (under 17) levels. I was 11 years old then and trialed at the sub-junior nets to start with. The Mumbai Cricket Association had an under-15 team and most candidates from the sub-junior section eventually vied for a position in this team.” 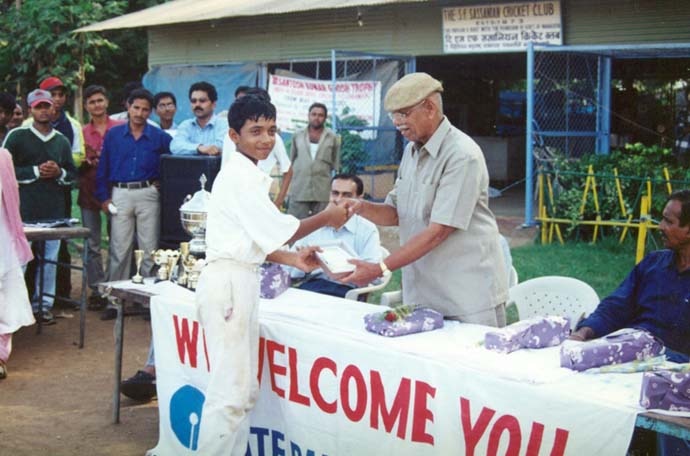 He goes on to add, “I had never batted at the nets before and felt somewhat overawed with so many people around. And when Sir asked me to bat, I was not at all comfortable. With Sir looking at me closely, I failed to make an impact and was a disappointment. Soon after I had finished batting, Sir called Ajit aside and informed him that I was perhaps too young to make the camp and he should bring me back when I was a little older. I wasn’t party to this conversation and had no idea what was discussed. My attempt to enter the Mumbai cricket circuit could have ended in failure - but for Ajit’s insistence. Having seen me play in the colony, Ajit knew I was capable of doing better than I had in front of Achrekar Sir. He mentioned to Sir that I was nervous and that Sir should give me one more opportunity in 30 minutes time. However, while doing so, Sir should pretend to go away and look at my batting from a distance. The point was to ensure I wasn’t aware of Sir’s presence."

The strategy worked. Sachin says, "He agreed and things changed. I was asked to bat again in some time and without Sir’s trained eyes scrutinizing me, I was at ease. I soon started to hit the ball well and Sir immediately agreed to let me join the camp. I was delighted at the opportunity and must say it was an opening that transformed my life. Selected candidates had to pay an admission fee of 65 rupees (less than a pound) and a monthly fee of 10 rupees (10 pence). In my case I don’t remember having to pay the monthly fee after the first few months.”

In fact, not only did Achrekar Sir not take any money from Sachin, he also presented Sachin with a rupee coin on each day he managed to not get out at the nets. These coins — which Sachin still has — are as valuable as any medal he has won in his career. Finally, Ramakant Achrekar carrying Sachin Tendulkar at the back of his scooter and whizzing around Mumbai to play multiple games on one day was a common enough sight in the 1980s. 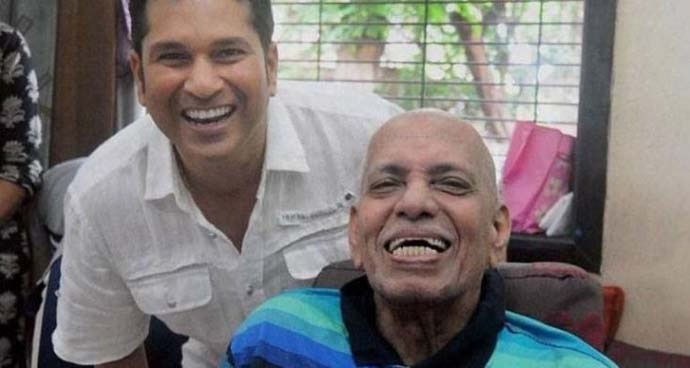 Sachin even attributes his ability to deal with an injury to the conditioning he got at Achrekar Sir’s nets. “Injuries were frequent at Achrekar Sir’s nets because we played on half-baked and over-used pitches and Sir insisted we bat without helmets and learn to leave balls by swaying out of the line of deliveries. The pitches were all worn out with variable bounce and injuries were bound to happen. These injuries hardened us for the grind in the future and also meant that I was never scared of getting hurt. It was only natural that I’d get hit on occasions and would have to endure pain. As a sportsperson, it was a feature of my profession — and I never made much of an injury thanks to my grooming under Achrekar Sir.” 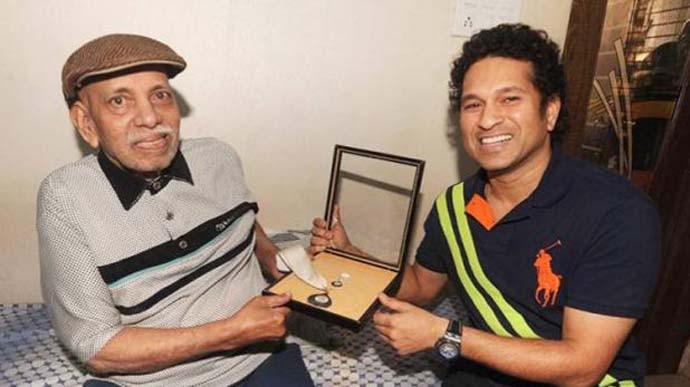 A man of humble origins, he instilled humility and modesty in his students — something that stands out in Sachin and Pravin Amre. This is why Ramakant Achrekar will forever be immortal in the echelons of Indian cricket — for giving us a Bharat Ratna and more importantly, giving us cricketers who can justly be labelled role models for a billion.

Also Read: Why Virat Kohli is fantastic, but won't reach the heights of Pataudi, or Dravid

Post your comment
#Bharat Ratna, #Sachin Tendulkar, #Cricket, #Ramakant achrekar
The views and opinions expressed in this article are those of the authors and do not necessarily reflect the official policy or position of DailyO.in or the India Today Group. The writers are solely responsible for any claims arising out of the contents of this article.