India vs Pakistan: No Nail-biter, this - The India-Pak Match was satisfying but also so dull

After a tight game against minnows Hong Kong, even the Men in Blue did not expect such sub-par showing from their arch rivals.

Three things come to mind when one thinks of Sharjah: the sun, the sand and Sachin.

The city has played host to encounters which are etched in the annals of cricket history. Sadly, the recent showdown between India and Pakistan in the 2018 Asia Cup makes for an exception. 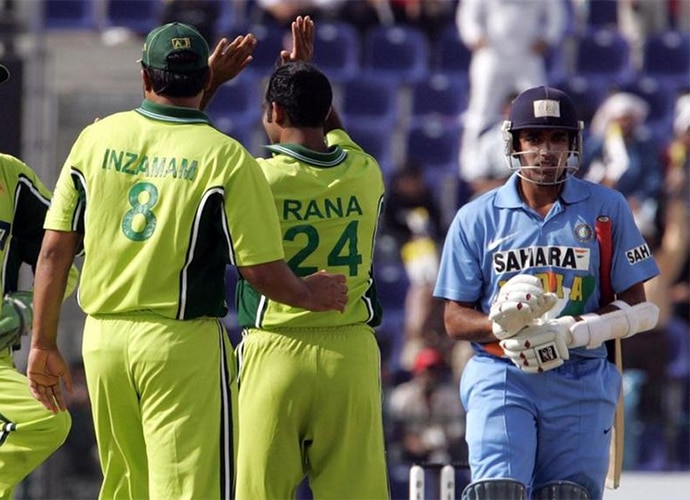 Unlike yesterday's match, this India-Pak clash in Sharjah was one for the history books. (Photo: Associated Press)

As with every Indo-Pak fixture, the hype was surreal.

The supporters showed up in huge numbers, faces painted, flags aloft, throats cleared. Such is the magnitude of the game that A-list celebrities from both sides of the border showed up, along with the Qatari royalty. The stage was set and buzzing with excitement. (Photo: Reuters)

The stage was set for a humdinger.

Pakistan won the toss and decided to bat first — in the context of the game that was probably the only win they had.

For a purist, the Pakistan XI would come across a team as young and hungry as their Indian counterparts, but for the fanatic, the match was already decided when the two line-ups were mentioned.

Make no mistake, the next in line to carry the legacy of the Pakistan bowling attack, was there in the shape of Mohammad Amir. So was the omnipresent Shoaib Malik, a veteran of many sub-continental clashes. But apart from the duo, this Pakistan team looked like an unfinished article — evidence of which was soon to follow. The glam India-Pak couple often fields jokes about who's the better half! (Photo: Indiatoday.in)

Two quick wickets, thanks to some disciplined and consistent bowling from Messrs BnB (Bhuvi and Bumrah), was enough to dry up the run rate. The Men in Green were already on the back foot with veteran Malik being exposed to the shining white ball much earlier than he had envisioned.

Such was the dominance in bowling and ground fielding by our boys that Bumrah had bowled his first two overs without conceding a single run, with his partner-in-crime Bhuvi reaping the rewards with those two early wickets.

The bowling performance was a near-perfect one, the only blemish being the unfortunate back injury to all-rounder Hardik Pandya (and you know it is serious when a stretcher arrives at the scene).

Wickets followed in regular intervals as the inexperience at the big stage shone through in shot-selection and decision-making. Pakistan coach Mickey Arthur’s expressions mirrored those of a devout Pakistan supporter in the stands, clueless, catatonic and mute. 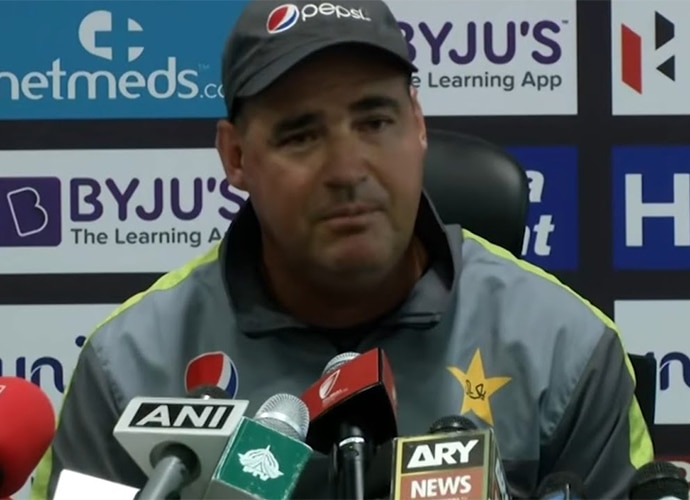 A paltry total of 162 was all our neighbours could manage - and with the kind of form Shikhar Dhawan was in, they feared it could very well be a one-man job.

Skipper Sharma weathered the early assault by Amir and, soon enough, was in full swing. The repertoire was in full exhibition, and soon Rohit clocked in yet another 50 but was dismissed shortly after. Shikhar picked up from where his opening partner left off — what followed was a master class in timing the cricket ball. Sadly, he could not reach his half-century but Dinesh “DK” Karthik and Ambati Rayudu ensured that the Indian fans had no nails to bite and no sweat to wipe off their brow.

I wish I could tell you more, but that’s all she wrote.

Hindsight is a beautiful thing and how the Pakistan team would comprehend and tend to the chinks in their armour will only come to the fore when the teams meet again for the Super 4 clash in the coming days to pose a credible threat.

Till then, one needs to go back to the highlight reel to relive the drama, the excitement that comes by default with an India-Pakistan clash — because this encounter might not last the test of time or make a cause for any anecdotes. Unlike what usually happens in Sharjah.

Also read: Dhoni drops an easy catch during India Vs Pak match: Guess who did much worse than MSD in cricket history

#ODI cricket, #Cricket, #Sharjah, #India vs Pakistan
The views and opinions expressed in this article are those of the authors and do not necessarily reflect the official policy or position of DailyO.in or the India Today Group. The writers are solely responsible for any claims arising out of the contents of this article.

The author is an avid football enthusiast and has followed the beautiful game through passion and profession for the better part of a decade. When not playing FIFA or watching football highlights, he can be found crooning at your nearest Karaoke bar.