It’s one of Dhoni’s things. When it gets tight towards the end of an innings, he stands his ground. Turns his back to his partner. Raises his arm. Pretty much an uninterested traffic policeman signalling stop - if you don’t get it by now, too bad for you.

Most of his non-strikers don’t get it, the ball could’ve been played to a boundary fielder, usually that’s a run, possibly two, if there’s a misfield. Deal with Dhoni, there is no uncertainty, there is no single. He has switched off. It’s only boundaries. Or certain twos. Nothing in between.

At some point, it could be as early as the 17th over (depending on who the non-striker is) that Dhoni switches off the singles. Dhoni is in nightclub-bouncer-mode - couples only. If that means a string of dots, so be it. It helps him stay even keel. Minimise the clutter possibly. Dismiss the ambiguity. Victory or defeat will only happen at the hands of Dhoni. 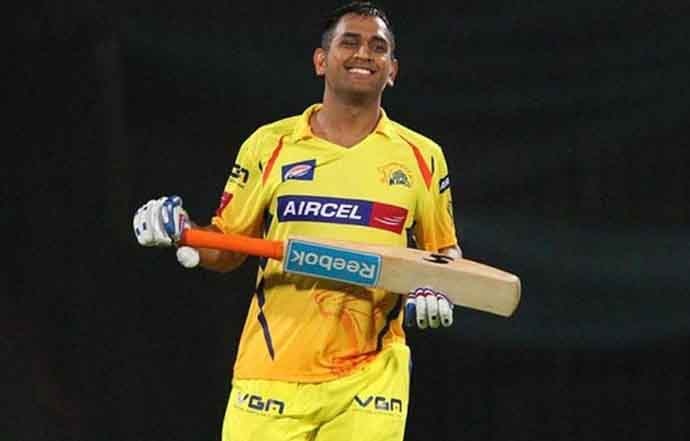 It all is working its way to a rock ‘n’ roll crescendo - the patient acoustic buildup comes with the promise of a blitzkrieg of bass, drums, lead, and who knows, Robert Plant singing on top of that, delivering via Dhoni, a stairway to a last ball six. Were you not entertained?

And you bow down, bleating, “I’m not worthy”.

If such is the promise, and so high the rewards, why do more batsmen not adopt this approach? Does it take Dhoni’s aura, ability to up the stakes to such a dizzying height, to pull it off? And days when it doesn’t come off, does it yet again take Dhoni’s aura to shrug his shoulders, smile and say it like it is – that there are days when it won’t come off.

KKR’s Andre Russell came off against CSK the other night, smashing 88 not out of 36 balls - with 11 sixes. KKR set a target of 202. CSK chased it down with one ball to spare.

Russell hit the 10th of his 11 sixes of the first ball of the 20th over. The next delivery, he took a single - giving the strike to number 8 batsman, Tom Curran. Curran went on to play two dots, taking a leg bye on the fifth delivery. Russell hit the last ball for his 11th six.

Would Dhoni have taken a single on the second delivery?

11 needed of the last over for a win. Hooda hits the first ball for a six, next ball is a wide. It’s down to four of five deliveries, what does Hooda do the next ball - that’s right, he takes a single. (Given, he tried for a second but Pollard was too quick for him). Next ball, Stanlake wangles another single, getting Hooda back on strike.

It’s down to two of two balls now. Hooda takes a single of the fifth ball, scores tied. It’s all down to number 11, Stanlake now. Stanlake hits a four. Hooda remains not out, the only Sunrisers’ batsman to hit a six.

What would Dhoni have done?

Your guess is perhaps as good as Dhoni’s - he would’ve stood his ground. Taking the onus, and with it, the big, fat bonus.

Even with his batsmanship nowhere close to what it once was, the mind is as sharp as ever. If it’s a risk worth taking, he’ll take it on himself. Ambati Rayudu will vouch for that. From the non-striker’s end.