How Sunrisers Hyderabad built the best team in IPL

In ten seasons of the IPL, three teams have lifted the trophy seven times. Chennai Super Kings (CSK), with two titles, have long been thought of as the best team, and their win percentage certainly backs that up. The Mumbai Indians come a close second because despite showing occasional weaknesses, they have the most titles (three). Kolkata Knight Riders (KKR) also reached dizzying heights under Gautam Gambhir with some incredible feats and two titles.

But T20 cricket is a game that can often be won purely by individual brilliance. Many a time, CSK have bulldozed their way through the league using the sheer brute force of the superstars they have. MI and KKR , too, have generally underperformed given the illustrious names they’ve had in their line-ups.

Another team called Sunrisers Hyderabad seems to have done much a much better job of building a successful team. Generally a very underrated side, Sunrisers have actually done quite well ever since their inception in 2013. While their core group of players was initially the same as Deccan Chargers’, the Sunrisers turned their fortunes around quickly by qualifying for the playoffs in their very first season.

In 2016, the Sunrisers won their first title, winning three knockout matches on the trot in the playoffs, a feat never accomplished before. Even in 2017, they qualified for the playoffs, but could not go all the way. At the beginning of this season, the exclusion of their captain, David Warner, raised questions about the team’s prospects but clearly, those have been put to rest. 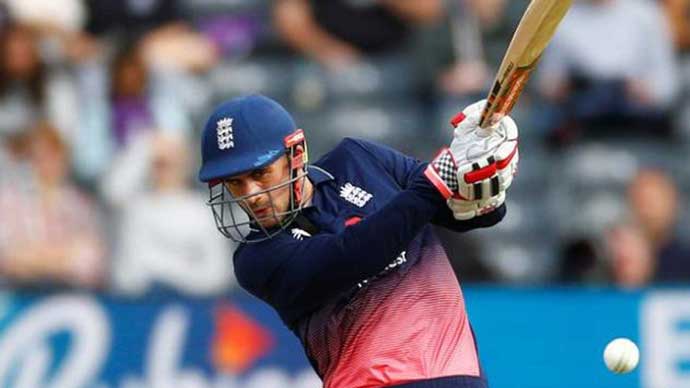 Alex Hales was bought for his base price of Rs 1 crore. Photo: Reuters

The key to the Sunrisers’ success lies in the simplicity of their decision-making. They appointed Tom Moody, one of the best coaches in the world, as their head coach. Two terrific and circumspect players, VVS Laxman and Muttiah Muralidaran, are also part of their think tank. The Sunrisers chose to carry forward the Deccan Chargers’ legacy of investing in quality bowlers, but did not let their batting suffer at the expense of their bowling.

This is what makes Sunrisers Hyderabad such a well-rounded unit. Teams have learned the hard way (and in the case of Royal Challengers Bangalore, not at all) that in a game where the batsmen reign supreme, relying on your batsmen to best the opposition’s is not the way to go. Rather, having a bowling attack that can stifle the best batsmen in the world is a more sure-shot way to success, as the Sunrisers have shown this season by defending four totals under 160.

The Sunrisers do not rely on part-timers to chip in with a few overs. Their core attack - Bhuvneshwar Kumar, Sandeep Sharma, Rashid Khan, Shakib-al-Hasan, and Siddharth Kaul - can all bowl four overs and are silent assassins. They’re known to do the job without attracting too much fanfare or attention. Each of them has an economy rate of under 8 this season. This means that when they all play, the Sunrisers concede less than 160 runs, which will win you most games.

Sunrisers have realised that in a format where batsmen are looking to go hard at every ball, accurate bowling from both ends can put brakes on even the best batsmen in the world. Kaul and Sharma have been two of the best bowlers in the IPL in recent years, while Bhuvneshwar continues to be India’s most disciplined and skilled bowler. Rashid and Shakib are arguably two of their best investments, one of them being the mystery spinner every T20 team craves and the other one of the best all-rounders in the world who gives balance to the team.

Sunrisers also followed traditional wisdom and kept the same core for their squad. Despite David Warner’s exclusion, the team looks very similar to what it was in the last few seasons. They ensured that their batting order was the right balance of big names and underrated performers. Alex Hales and Manish Pandey are possibly the best examples of these two categories. Sunrisers have also been clever in getting Yusuf Pathan cheaply as a “kicker” whose performances are a bonus for the team.

In a way, Warner’s ouster has been a blessing in disguise for the Sunrisers, because it’s put Kane Williamson in charge. The most underrated of the “Fab Four” batsmen (the others being Virat Kohli, Steve Smith, and Joe Root), Williamson is another circumspect and quiet personality who only shows emotion in team huddles. His leadership is almost Dhoni-esque, as he rarely gets frazzled by what’s happening. This is in stark contrast to Warner’s aggressive approach, but may actually work better.

Williamson is a classical batsmen who plans his innings as precisely as an Alfred Hitchcock villain plans a murder. He quietly accumulates runs and then plays technically correct shots at the end to maximise the impact and minimise risk. This may not result in eye-catching, six-studded innings like David Warner’s, but the consistency is higher. Being a terrific Test batsmen, Williamson is also adept at getting quick runs on difficult tracks.

It could be that Sunrisers Hyderabad don’t lift the trophy this season. Kings XI Punjab found out in 2014 that putting together a good team may not be enough as one show of individual brilliance by an opponent can turn the tide against you on the day of the big final.

But the Sunrisers have created a style of team-building that all teams should aspire to and shown that T20 cricket need not be about individual flamboyance and six-hitting, but discipline, professionalism, teamwork, and strategy.