Why Royal Challengers Bangalore is the worst IPL team ever

It is primarily because of how lopsided the team balance has always been.

Which is the worst team in the history of the Indian Premier League (IPL)? Most would say it's a close call between Delhi Daredevils and Kings XI Punjab. They've both finished last a record three times, never won the league, and have mostly resided in the bottom half of the table. But their weaknesses aren't so much on the field as they are off of it. They've failed to establish a core group of players around whom they can build a team.

But Royal Challengers Bangalore (RCB) are a different breed altogether because despite having fielded some of the biggest T20 heavyweights in the world, they've just never been able to get over the line.

Back in the 1970s, there was a term used to describe West Indies in cricketing circles: Calypso cricketers. Calypso is a form of Trinidadian music but the term carried a negative connotation, which was that West Indies played very entertaining cricket, but did not have the substance to actually win.

Remember Rahul Dravid's valiant 75 off 36 way back in 2008? Remember Ross Taylor's unbelievable 81 off 33 in 2009? Or any one of the Gaylestorms and ABlitzkriegs? Or Virat Kohli scoring almost a thousand runs and four centuries in a single season? 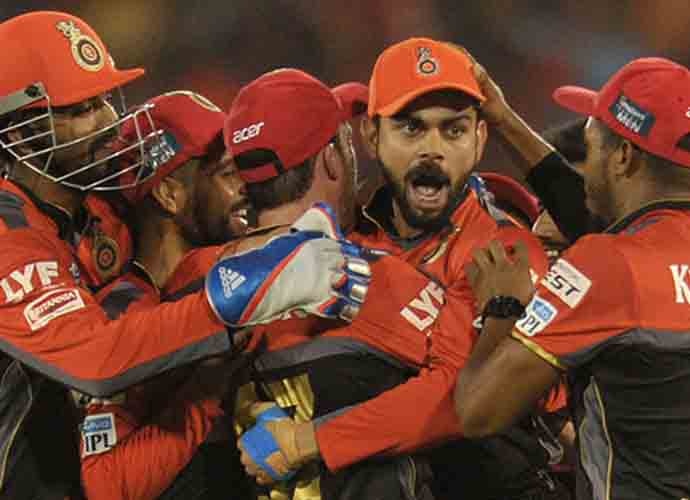 RCB's batsmen have provided us with some of the most entertaining and memorable moments from the IPL. Watching a match featuring RCB, especially at the Chinnaswamy, is an experience. The atmosphere is as good as it gets and the Red Mist makes you want to root for RCB, no matter who you normally support. You go nuts when Chris Gayle scores 175, or when AB de Villiers hits his compatriot (and then the best bowler on the planet) Dale Steyn for 23 runs in an over.

But what you, or the fans in Bangalore, never get to see is RCB lifting the trophy despite all these heroics, and that is primarily because of how lopsided the team balance has always been. Every team has a strong suit. Sunrisers pride themselves on their bowling. CSK are known for their batting depth. Mumbai Indians, as their name suggests, have consistently fielded the best domestic talent in the IPL. KKR are known for their spinners.

These are merely the hallmarks of these teams, not their only strong point. The mistake RCB's management has repeatedly made for almost a decade is buying/retaining a few star batsmen while completely neglecting all other departments. In the past, there have been times where the entire burden of putting up/chasing a total has been on Chris Gayle, Virat Kohli, and AB de Villiers because of a complete lack of batting depth.

RCB have also never thought to field all-rounders, who are generally regarded as the most valuable players in T20 cricket. The likes of Dwayne Bravo, Kieron Pollard, Sunil Narine, Ben Stokes, and Ravindra Jadeja have received huge paychecks because of their all-round abilities. RCB have sometimes had a tail-ender batting at number 7 due to a lack of all-rounders in the team.

But the department they've neglected the most is their bowling. Barring Yuzvendra Chahal, RCB have simply not seen the need to invest in quality bowlers even as there is more and more evidence that in the batsman's game that is T20 cricket, it's often the bowlers who win you matches.

By now, there is a dividing line of sorts in the IPL. CSK, MI, and KKR are the titans. SRH are not quite there, but are still a big team. DD, KXIP, and RR are the small teams. But RCB are somewhere on that divider. They have stars who sometimes put up a major fight against the titans. But they also have days where those few stars fail and they struggle to even compete with the small teams.

And it looks like they're going to be stuck on that divider for yet another season.

#Kings XI Punjab, #Indian Premier League, #Royal Challengers Bangalore, #IPL
The views and opinions expressed in this article are those of the authors and do not necessarily reflect the official policy or position of DailyO.in or the India Today Group. The writers are solely responsible for any claims arising out of the contents of this article.