Growing up in Delhi during the 1980s, if you played gully cricket or enjoyed the sport in a nearby park, well, you would, like me, still remember onlookers saying, "Aaram se khelo, sab Kapil Dev banna chahte hain!" (Play slowly, everyone wants to become Kapil Dev).

This craze for the game swept the country when Kapil Dev, captain of the Indian cricket team of 1983, lifted the country’s first World Cup. Kapil Dev, in Gurugram recently for an event, took time to speak with DailyO. Wearing black sunglasses, in a white T-shirt and jeans, the Haryana hurricane was in his element. Yes, he still has the aura, which leaves youngsters agape. Surprisingly, he was bang on time for the interaction — dot at 3 PM came the cricketer who finished his career with 434 Test wickets, arriving so casually now that you would hardly notice him. On his way, he was shaking hands with everyone who greeted him. Without any entourage or any starry airs, a courteous man who redefined Indian cricket.

1983 Cup , Me and my entire team very proud of this beauty which I saw after 1983 at BCCI office in mumbai. pic.twitter.com/8Hf3kkAQbs

"Let’s settle down a bit... don’t start immediately," said the great cricketer. Once comfortably seated, he nodded and said, “Let's start... maybe I can have these cookies...” Promptly, I said, of course, even though I was not part of the organising team.

After having a bite, the legend smiled. "Ok, let’s start," and we were on roll with the fastest swing baller. The Indian team’s selection for the World Cup was under the scanner after Rishabh Pant was not included. Kapil Dev looked cryptic, then smiled gently and said, "It’s okay... why should we doubt it. Why doubt the selectors? It’s unfair for me to say anything about that when the team has already been selected... and a person like me respects the selection committee," he nodded. 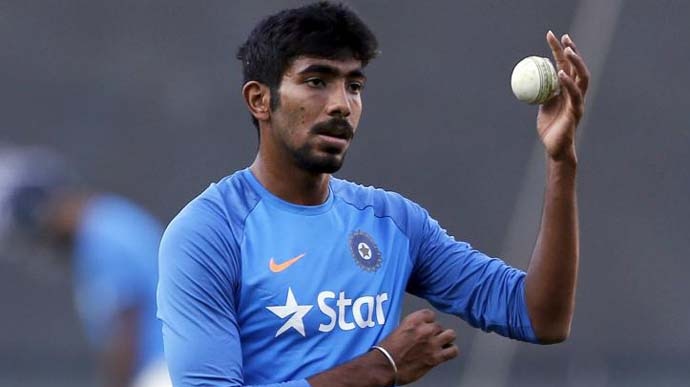 He was so relaxed that he made me feel we were simply having a casual talk on the World Cup. Having another bite of the cookies, Dev spoke about the strengths of the Indian team. “I think the team has everything actually — they have experience on their side, they have great energy and youth, one of the finest batsmen in the world, a great wicketkeeper — and Jasprit Bumrah,” he smiled. Going to the World Cup, he said the team needs to work on all aspects. “If you want to be champions, you have to improve in every department,” he said.

One batsman after Sachin Tendulkar who has made his mark in the world of cricket is Virat Kohli. Dev spoke about his aggression and how over the years, it has also mellowed down. “I think because age does come into the picture, you are not 18 years old now. It does make a lot of difference — it’s growing up,” he said. But has this aggression not greatly helped Virat? “You want to tell me that someone who is not aggressive is not a good player? Not giving his best?" he asked, now a tad scratchy. "Sachin Tendulkar was totally the opposite — and he also performed at the top level. I think it’s up to every individual, we cannot say that this thing has helped him or not. It may have helped him in his temperament, his way of thinking,” he added. 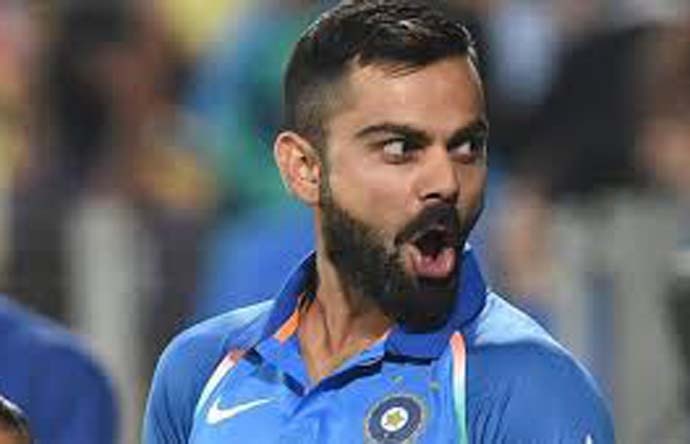 Talking of Virat, whom did he consider the best Indian captain till date? “It’s very difficult," he mused. "I personally think a great change in Indian cricket started taking place when Sourav Ganguly came into the picture." It's clear he has a favourite though for Kapil Dev spoke at length about the ‘Men in Blue’ having a great wicketkeeper — MS Dhoni. “He has proved time and again that he is one of the finest cricketers ever born and who has played for the country. The way he has served the Indian cricket team, well, not many people have done that,” he said.

There have been talks that this might be Dhoni’s last World Cup — Kapil rubbishes all that. “Well, they were talking about that last time too! If he is good enough and can find his place, then why should he not continue? Why these calls for him to leave? It’s his passion to play the game — why do we want to retire anybody? The right time will come and either he will take a call or the selectors will. At the moment, it’s unfair to even talk about that,” he remarked. 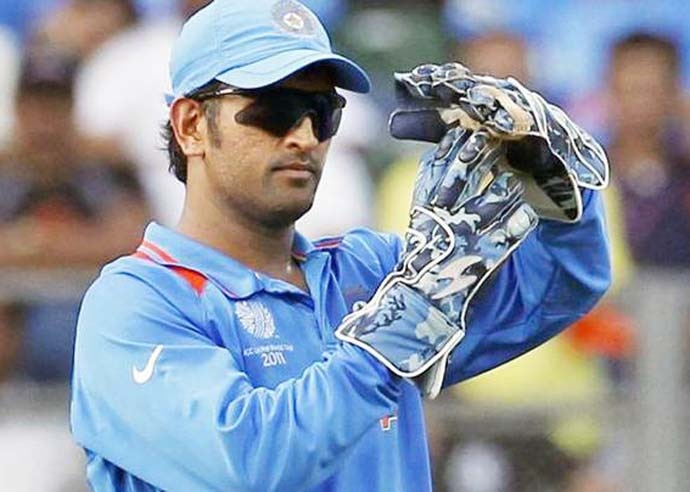 'Around every World Cup, there is speculation about Dhoni retiring. I think it's unfair.' (Photo: Reuters)

For younger cricketers, who could take Dhoni’s place? Dev notably bridled at the question, then said the game has enough space for everyone. “It’s a professional world out there, in all contexts — if somebody comes along and says, I can do your job, will you just give it someone else? No, I don’t think so. I think it’s unfair for anyone to talk that way. The only thing is that youngsters should certainly come out and try to push Dhoni off, saying, hey, now it’s our turn — because Dhoni has also taken someone’s place, there will certainly be some youngster who will take his place,” he said.

Youngsters deefinitely like the shorter version of the game — and IPL. Dev agreed, “IPM is a new game and a totally new way of thinking. It did help cricket — and that’s the most important thing. You bring millions and millions of fans into the game and that’s what T20 is all about."

Meanwhile, countering an assertion that India was just cricket-obsessed, Dev grinned and said, "Actually, I've taken on another game now. I play golf often. It's great fun to play and I enjoy playing golf at least every weekend. There is no similarity with cricket," he stated, "But hand and eye coordination are the most important thing in both, really." 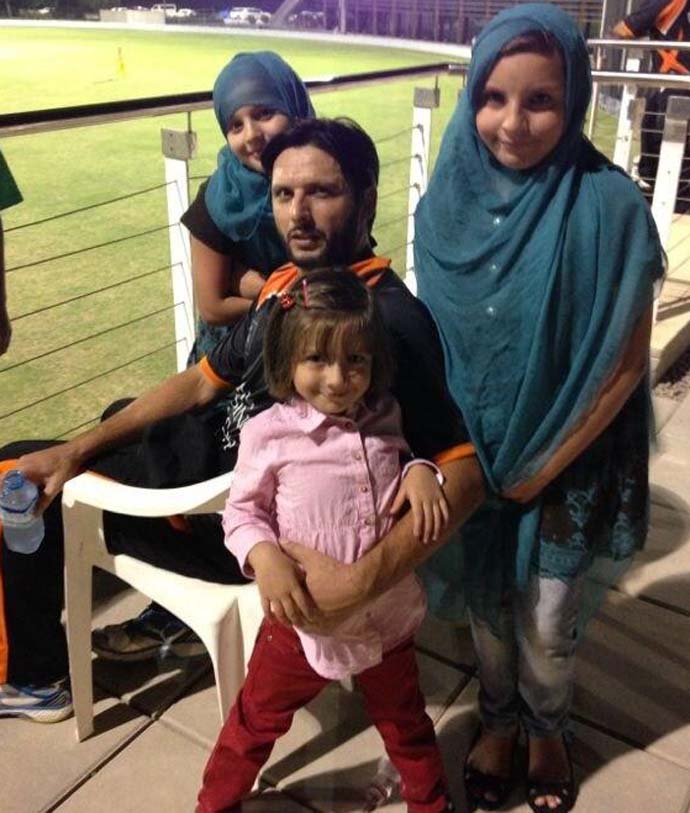 Shahid Afridi shocked fans when he said he would forbid his daughters from playing sports like cricket. (Photo: Twitter)

I couldn't help but ask Kapil Dev about Pakistani cricketer Shahid Afridi, who recently shocked fans when he claimed he would not let his daughters play cricket. Kapil Dev noticeably raised his eyesbrows — but only said, “Good luck to him."

Also read: What Age? Cricketers in their 30s are bowling colleagues in their 20s out of the game!

#Virat Kohli, #1983 world cup, #Kapil Dev
The views and opinions expressed in this article are those of the authors and do not necessarily reflect the official policy or position of DailyO.in or the India Today Group. The writers are solely responsible for any claims arising out of the contents of this article.