What Sachin Tendulkar's birthday means to me, a sports journalist

Sachin Tendulkar may have grown up on quiet birthday celebrations with loved ones at Sahitya Sahwas, the Maharashtrian middle class household where he was born. But his birthdays over the years took an entirely different meaning as his cricketing stocks grew from multibagger to blue chip. 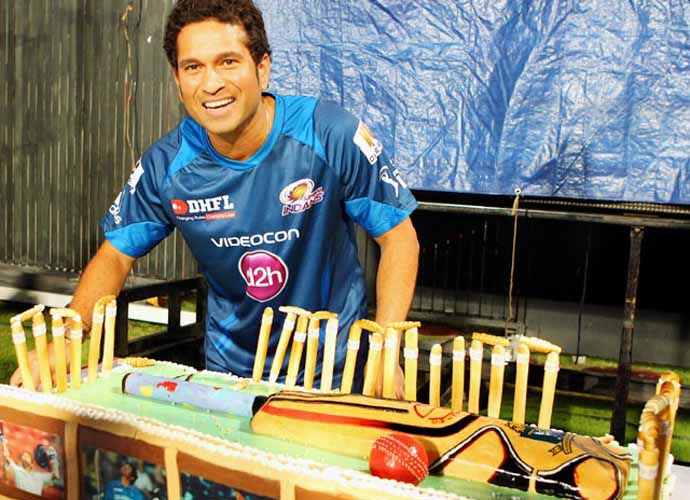 Having been a sports TV reporter based out of Mumbai, I have seen April 24 become a day-long annual celebratory story on the news wheel.

Through the 2000s, when Tendulkar was well into superstardom, my colleagues and I would find ourselves standing outside La Mer, his upmarket residential apartment in Bandra.

The Tendulkar family was a lot more media shy in the pre-digital, pre-social media era and there have been occasions when some of us would return without even a glimpse of the star, making do with reactions of distant neighbours in the vicinity.

I remember on one of the birthdays, an enterprising colleague got hold of a cracker garland, and showcased it as part of the celebrations going on in Tendulkar's neighbourhood.

Some of us, who refused to send across the footage of this "artificial" celebration, started getting calls from our offices why we did not have the visuals of the celebrations that our competitor had.

Every birthday of the master blaster was about stories that captured his meteoric rise, his cricketing journey, his humility and his unparalleled hero worship. New songs were curated by his fans and musicians each year to be dedicated to his greatness. Most of this programming would receive winning ratings.

Even when Tendulkar would be touring the world for one series or the other, the media would religiously gather around his residence to capture the "mood of the masses" on his birthday.

I recall once when Tendulkar's birthday coincided with his return to India after a successful series, an impromptu celebration was arranged with cakes, wafers and sweets when the cricketing legend found the media waiting at his residence.

As sports journalists, this was equivalent to the star birthdays our entertainment colleagues spend with the Khans.

Since IPL came into existence in 2008, it has been common for Tendulkar to celebrate his birthday with Mumbai Indians' teammates. Social media has helped ensure these photos reach fans.

Following his retirement in 2013, Tendulkar's birthday has become more of an anecdotal event, when one recalls the cricket icon that India produced.

Rohit Sharma and Virat Kohli are modern day cricketing stars but neither they nor anyone else enjoys the kind of hero worship that Tendulkar continues to.

The Tendulkar era was something else. Everyone knew him as someone who could take on the world, and even today India continues to celebrate his genius.

Also read: Much like Amitabh Bachchan, how Sachin Tendulkar reinvented himself and remained relevant