And puts his nation's traditional outfit on the world map. After ages, Pakistan gets a tiny bit of good press.

Okay, for some who don't know the rules when you are meeting the Queen of England, here's what you should keep in mind:

One should bow (head only), you can also shake hands or have a combination of the two.

When one speaks with the Queen, the first words they must say is: 'Your Majesty...'.

All guests must arrive well before the time of the appointment and one should not talk unless the Queen speaks with you first.

At Buckingham Palace, you'll have to stand in a circle around the Queen, rather than standing out alone. She's high-maintenance: There are strict guidelines for people who want to meet the Queen. (Photo: Reuters)

The big No's if you are meeting the Queen are:

Never touch her (then-US First Lady Michelle Obama had put her hands around the Queen when she met her in 2009, thereby breaking this ancient rule).

Guests should never turn their back on the Queen. 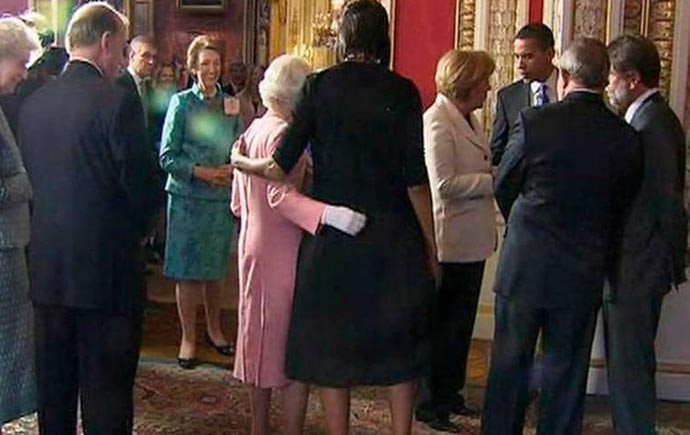 What Not To Do: Michelle Obama placed an arm around the Queen during a Buckingham Palace reception. (Photo: Reuters)

Now, comes the dress code: To meet the Queen, Buckingham Palace always sends out a dress code on the invitation. On most occasions, men are asked to wear grey or black coats with a grey or yellow waistcoat and striped grey trousers. Ladies, on the other hand, should wear an evening or cocktail dress.

Okay, after all this prepping, we are sure that Sarfaraz Ahmed, captain of the Pakistan cricket team, must have been well aware of all the royal rules — but he instead broke tradition and wore not a coat-suit to meet the Queen, but a simple white shalwar-kameez, with a green jacket, instead.

He has been applauded for his act.

When the Queen shook his hand, she first gave him a slight glare but then came the famous appreciative smile, kind of giving her consent to Sarfaraz for following his very own dress code. 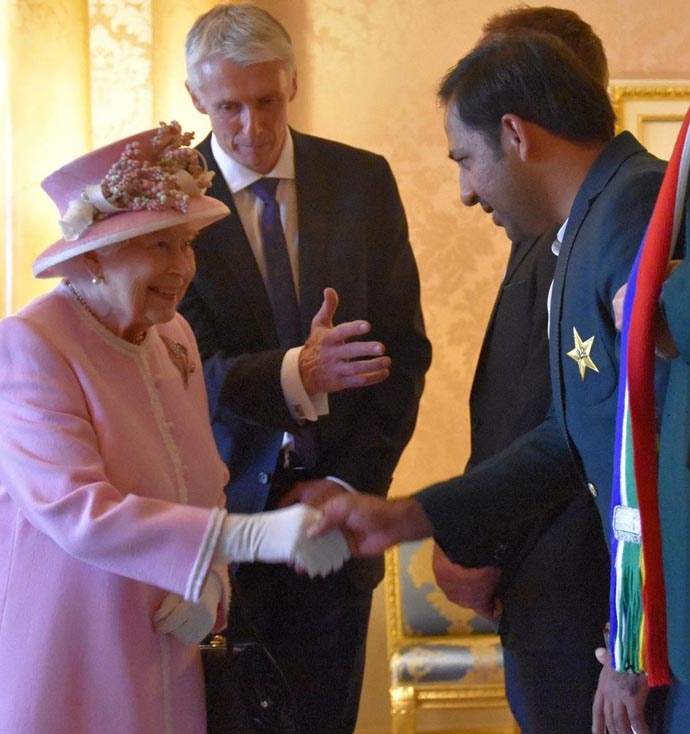 We are amused: The Queen clearly didn't consider it disrespect when the Pakistani captain came by in traditional attire. (Photo: Twitter)

With this one act, Sarfaraz finally got his country a small bit of positive publicity, putting Pakistan’s traditional attire on the world map.

“The salwar kameez is our national dress and I got instructions from the board to do all these things, so I tried to promote our national dress. I felt very proud that the other captains were wearing suits but I was wearing national dress,” Sarfaraz said in a video posted on Twitter.

Sarfaraz Ahmed "The salwar kameez is our national dress and I got instructions from the board to do all these things so I tried to promote our national dress. I felt very proud that the other captains were wearing suits but I was wearing national dress" #CWC19 pic.twitter.com/mCa1u12dN4

Sarfaraz could have taken some lessons from Abdus Salam, Pakistan's first Nobel prize winner in 1979.

Salam wore a sherwani, signifying Pakistani culture, when he received the prize. 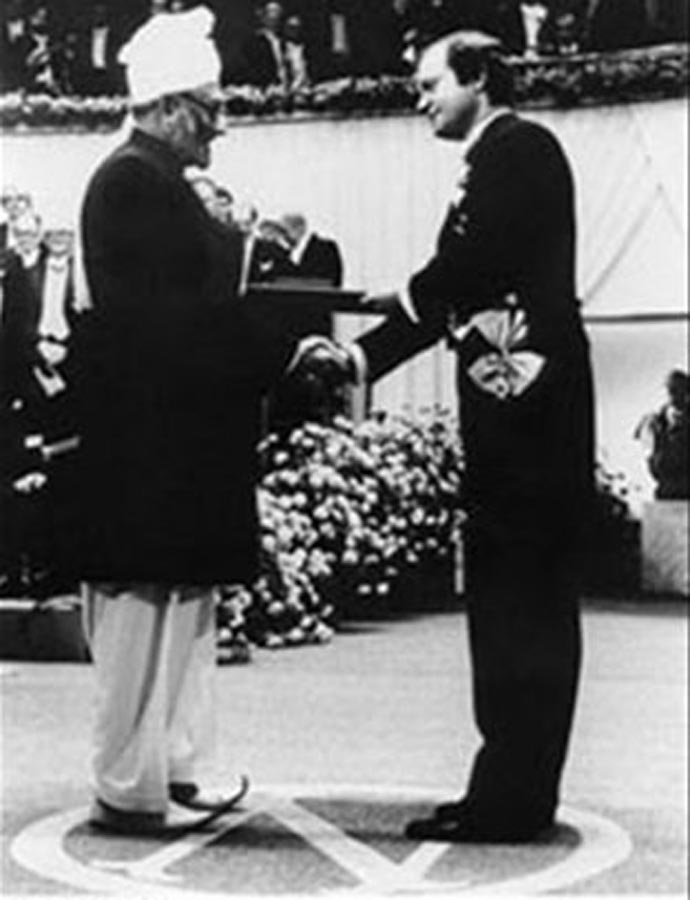 But, clothes aside, Sarfaraz seems to be breaking the norm anyhow.

Just a few days back, the ICC had taken a photograph of all the captains seated on a sofa. The captains must have been told to relax and 'be themselves' or display attitude in the picture.

Virat Kohli wore his trademark swag when he sat with his legs across the sofa. Aaron Finch came up with a royal pose while Mashrafe Mortaza made space for himself on the side. Jason Holder, Gulbadin Naib and Dimuth Karunaratne stood behind, with a smile on their faces. 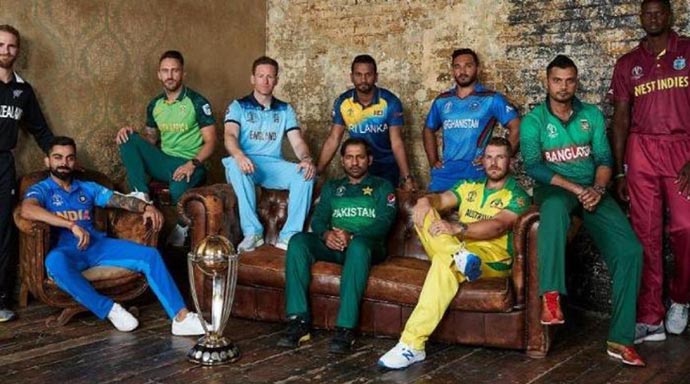 What attitude? Sarfaraz Ahmed sat in a straight, stiff position during a photoshoot of the World Cup captains. (Photo: Twitter)

But Sarfaraz was the odd one out — he didn't display any attitude. Instead, he sat visibly uncomfortable on the sofa, as if posing for a class photo. He carried no smile on his face and looked a little wobbly, somewhat out of place, exuding no air of comman dor power unlike the other captains.

Thankfully now, Sarfaraz won't be thinking about his clothes or striking a pose as he hits the ground with the Pakistani team, playing their first match of the tournament against the West Indies at Nottingham’s Trent Bridge. Right now.

Also read: 5 things to watch for in the World Cup: From India's Kesari jersey to the Afghan Debut, there's a lot that's new

Post your comment
#Salwar kameez, #Queen elizabeth, #Sarfaraz ahmed, #Cricket World Cup
The views and opinions expressed in this article are those of the authors and do not necessarily reflect the official policy or position of DailyO.in or the India Today Group. The writers are solely responsible for any claims arising out of the contents of this article.