Is the World Cup going to France?

The growing credence of football pundits in a win for Didier Deschamps’ team in the 2018 World Cup final doesn’t seem to be otiose.

The great contingency that awaits us in Moscow tonight is weighing in favour of the French side. Many football pundits have already proclaimed France as the team destined to be the 2018 World Cup champion.

Indeed, their claim cannot be rejected, and for obvious reasons, neither can one remonstrate it due to the history of the French football and the superiority of the French as a unit over the Croatian team.

Having said that, we know that anything can happen in a game of football. This World Cup has been a testimony to this fact — on multiple occasions; the underdogs have humbled big teams. 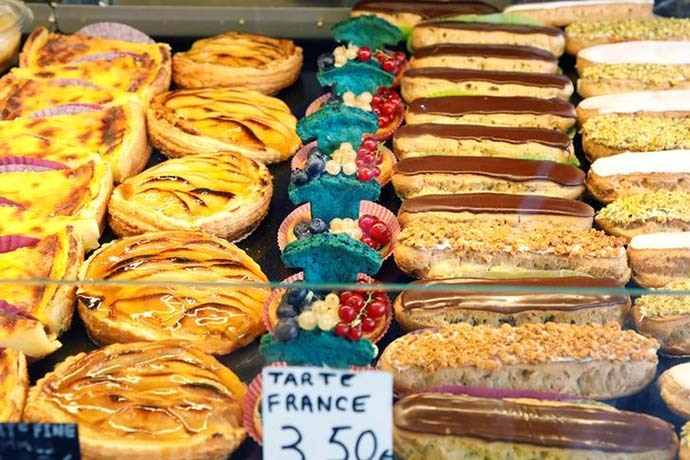 Little tricolour cakes named "Tarte France" at a bakery in France, celebrating the final between France and Croatia.

For whom the ‘winning’ bell tolls?

France will start the World Cup final against Croatia with the favourites tag — the team they had beaten in the semi-finals in 1998 with the help of two goals from none other than defender Lilian Thuram, whose name appeared on score sheet only once (on this occasion) in his international career.

With every edition of the World Cup emerges a team which displays valiant efforts throughout the tournament to lift the trophy, and a player capable of attaining greatness comes to the furore.

This time around, the tale seems to be that of France, and the player, with his nonpareil repertoire seems to be the 19-year-old Kylian Mbappe: of whom it can be said that his best is yet to come. 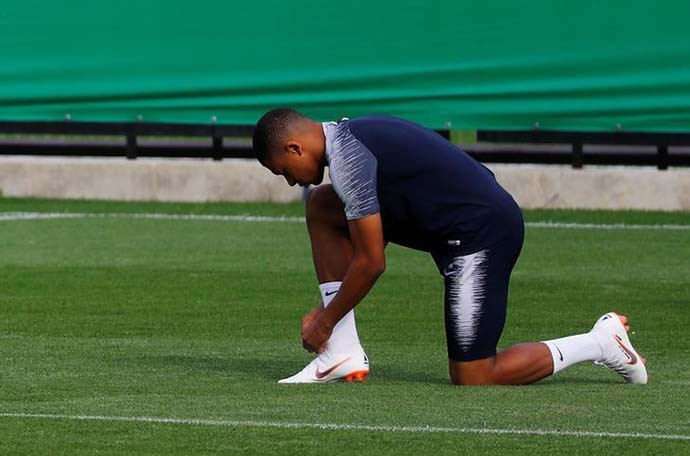 Kylian Mbappe: His best is yet to come.

Surprisingly, the narrative is also the same as that of the World Cup 1998, which France played on its home soil and won.

Only the times have changed: Didier Deschamps is the head coach now, not the captain; Antoine Griezmann touches the moustache of Adil Rami like Laurent Blanc used to kiss the pate of Fabien Barthez in 1998 before every game; French defenders have scored important goals for France, and the French camp looks as organised as it was in the 1998 World Cup.

It’s been 20 years since Les Bleus’ tryst with the World Cup glory, courtesy Zinedine Zidane’s brace against Brazil in the 1998 final in Paris, which France won 3-0. It is admirable, the way Deschamps — who has been at the helm of the French team since 2012 — has managed to build a strong, sagacious team.

The French defense has been solid throughout the tournament, barring the game against Argentina where the team conceded three goals. Surely, the Croats must be keenly looking at the tactics of open play that Argentina employed against France to create chances.

However, the French midfield — comprising the likes of Paul Progba and N’ Golo Kante — has been at the top of its game throughout the tournament. And that, to me, would make all the difference in the final. 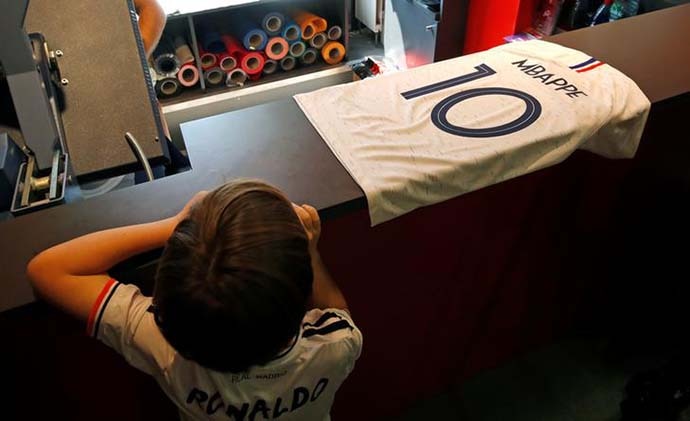 A child looks at an official France team soccer jersey with the name of soccer plater Kylian Mbappe in Paris.

France has some seriously quick feet in its ranks. It took France a considerable period of time to achieve this mineral youthfulness in its play.

Over the years, Deschamps has shown keenness in giving young players opportunities by compromising on aging, big names like Frank Ribery, Karim Benzema and others, who didn’t appear in his long-term schemes.

Deschamps relied solely on youth to bring back the vigour in the team’s game. The same had been somewhat missing since the 2006 World Cup, after which many players from the French golden generation, including Zidane, hanged their boots. Deschamps’ greatest achievement as a coach is, without a doubt, the way he built the current formidable unit.

In the 2010 World Cup in South Africa, France had been humiliated in the group stage to an unprecedented degree — the tournament was further marred by schisms that had crept in the French dressing room. After earning a draw against Uruguay, France was defeated by Mexico and their campaign ended with a 2-1 defeat at the hands of the host, South Africa. France remained winless in the tournament and found a sordid place at the bottom of the table.

A ripple of dissent and despair began permeating the French football soon after the World Cup, coach Raymond Domenech was shown the door. Blanc, who replaced him in 2010, failed to revive the French football, which remained in disarray. The team continued with its struggle to end the darkest days in French football’s history, but to little avail.

By this time, some of the key French players such as William Gallas, Theiry Henry, Eric Abidal, Florent Malouda, Anelka, and others were already past their prime. France needed young players of extraordinary abilities for a secure future.

After becoming head coach, Deschamps resuscitated the French football and helped it out of the airless room to which it had remained confined for years after the departure of stalwarts like Zidane, Viera and others, who had all helped France continue its international dominance.

Things started looking up for the team. Though, France did bow out to Germany in the 2014 World Cup quarter-finals, which eventually went on to win the tournament.

Deschamps’ greatest achievement as a coach is, without a doubt, the way he built the current formidable unit — bereft of recalcitrant attitude of players — by comprising on some talented players such as Anthony Martial and Dimitri Payet, even though they were important players for Les Bleus in the Euro 2016. The Luzhniki stadium is illuminated for the upcoming World Cup final between France and Croatia in Moscow.

In the build-up to the mega event, Deschamps focused on young players. Considering France has reached the final now, Deschamps’ proclivity for youth might just prove right.

Now just a step away from the World Cup glory, indubitably, Deschamps, who led the 1998 World Cup-winning French team, must be pushing his team to take the winning momentum into the final and keep it intact till the very last minute.

France can learn a lot from its Euro 2016 final defeat, where despite beating the mighty German team in the semi-finals it lost to Portugal.

Buyan, a male Siberian brown bear, attempts to predict the result. He chose Croatia though.

France must not allow the ghosts of the past to creep out of their graves in the final — the job is still undone. It remains to be said, the unobtrusive Croatian team with some top-class players in its ranks is very much capable of upsetting the French. Yet, the credence of football pundits in France's triumph in the 2018 World Cup final doesn’t seem to be otiose.

Also read: Multiculturalism scores: Why inclusion is the biggest winner at the FIFA World Cup

Post your comment
#Croatia, #France, #Football worldcup, #World cup 2018
The views and opinions expressed in this article are those of the authors and do not necessarily reflect the official policy or position of DailyO.in or the India Today Group. The writers are solely responsible for any claims arising out of the contents of this article.