Why are hundreds of bats dropping dead in Australia?

Unless we take climate change seriously, this might be the least of our worries.

US President Donald Trump may believe that “the concept of global warming was created by and for the Chinese in order to make US manufacturing non-competitive,” but the fact of the matter is, it is real and planet Earth is witnessing the consequences of global climate change every day. One the one hand in the northern hemisphere, a place as hot as the Sahara Desert experienced snowfall recently and America has been hit with something scientists are calling a “Bomb Cyclone”,  in the southern hemisphere, things have taken a turn for the hotter, and as a result, the wildlife is being affected.

On January 10, biologist Daniel Schneider tweeted about the mass death of bats in Australia. He wasn’t the only one. Dozens of news agencies and scientific journals have reported on this strange and horrifying phenomenon. The National Geographic magazine, on January 9, reported that Australia has been experiencing record high temperatures reaching over 46 degrees Celsius, and a direct result of that, apart from heat strokes in people and melting asphalt, was the death of more than 400 flying foxes (also known as fruit bats) at a local bat colony.

Cate Ryan, one of the first volunteers on the scene at the Campbelltown Flying Fox colony, said, “it was unbelievable. I saw a lot of dead bats on the ground and others were close to the ground and dying. I have never seen anything like it before.”

The temperatures in #Australia are breaking records (119.2°F). Bats are dropping from trees dead, their brains literally fried. #ClimateChange is real and has real consequences. pic.twitter.com/0boYnVFg1z

Young bats, according to Ryan, are extremely susceptible to heat, and that any temperature above 40 degrees Celsius poses a risk for adults, while temperatures above 42 degrees can even prove fatal. “They basically boil. It affects their brain – their brain just fries and they become incoherent. It would be like standing in the middle of a sandpit with no shade,” Ryan added.

According to Scott Heinrich, the director of the Flying Fox Conservation Fund, many flying foxes drop from trees because of extreme dehydration. "They can't cool their body down at that point. In a way, they're kind of boiling in their bodies," he said. 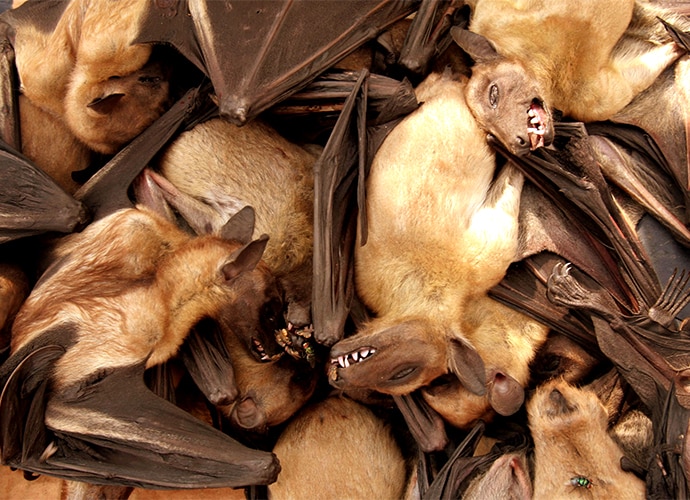 This is not the first time bats in Australia have succumbed to the extreme heat. In 2014, about 100,000 bats died as a result of extreme heat in Queensland. According to a Royal Society for the Prevention of Cruelty to Animals spokesperson, “The heat wave was basically a catastrophe for all the bat colonies in southeast Queensland.”

One of the four kinds of flying foxes found in Australia, the gray-headed flying fox, has already been listed as a vulnerable species as per the Office of Environment and Heritage, as they are a little more than 400,000 left in numbers. Unless a global force takes the concerns of climate change seriously, bats dying might just be the least of our worries.