If you go by Stephen Hawking's last theory, then the noted physicist is still alive

Brilliant minds have a habit of going out with a bang, and Stephen Hawking, lost to the unknown on March 14, 2018, has done exactly that.

The physicist, who died at the age of 76 at his residence in Cambridge last week, left behind numerous groundbreaking theories and papers that won him countless honours for his efforts as a theoretical physicist and his contributions to the fields of cosmology, general relativity and quantum gravity – especially in the context of black holes.

However, it could very well be his final and yet-to-be-published paper on multiverse theory that could prove to be his greatest contribution to modern science. According to reports, colleagues of Hawking have revealed the renowned theoretical physicist’s final academic work involved the theory explaining how humans could detect parallel universes.

Under review by leading scientific journal A Smooth Exit from Eternal Inflation, the paper sees Hawking set out the groundbreaking mathematics needed to find traces of multiple Big Bangs, and in turn prove his long argued multiverse theory – an argument based in quantum physics that claims that our universe is just one of an infinite number of universes making up a 'multiverse'.

Submitted barely two weeks before his death, this theory, if proven right, would shape our understanding of the universe in unimaginable ways, and as Thomas Hertog, the co-author of the paper, explained to The Sunday Times, this is Stephen Hawking pushing the boundaries by going "boldly where [even] Star Trek fears to tread". The latest paper is an attempt at proving the "No-Boundaries" theory that the brilliant physicist framed in 1983 alongside James Hartle to explain the Big Bang in quantum mechanical terms.

The Hawking-Hartle model describes the universe in its early stages and explains that there was no existence of time before the Big Bang and that the beginning of the universe as a concept is meaningless. Using this as a framework, the model backs the Big Bang theory by giving theoretical proof that the universe instantaneously inflated from a singularity into what it is today.

But, the model also threw up the perplexing and unmeasurable possibilities of an infinite number of Big Bangs, and in effect the possibility of each creating their own universe, in a large “multiverse”.

However, in his last paper, Hawking has argued that the multiple Big Bangs – evidence for a multiverse – should be measurable via "background radiation dating back to the beginning of the universe". It also claims that the footprint of this radiation should be "detectable using a deep space probe" equipped with needed sensors. 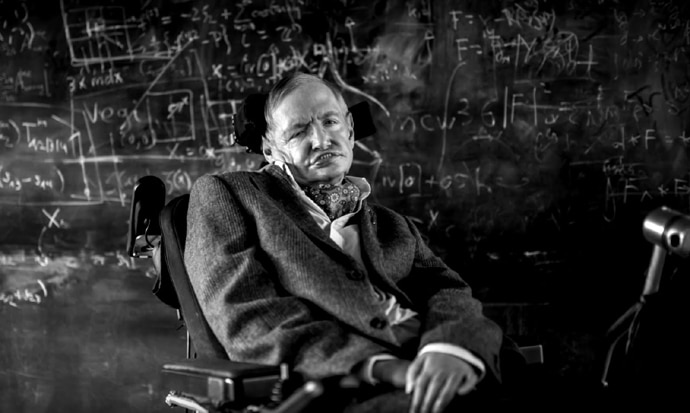 What does this mean for us?

To prove that parallel universes exist and that we are but only one possible version of numerous possible versions of ourselves existing in alternate planes would be nothing short of the biggest discovery in human history.

But above all, if his final paper on multiverse theory helps pave the way for proving the existence of parallel universes – many of which could still possibly be home to Stephen William Hawkings solving the mysteries of the universe – it would give humanity new hope that the brilliant physicist, along with many others that this world has lost, are still alive and kicking – albeit on a different plane.

Not to mention this would also be the most fitting tribute to the eternal optimist who, after being diagnosed with Amyotrophic Lateral Sclerosis (ALS) at the age of 21, never gave up despite going through much of his life using a wheelchair and being dependent on a computerised voice system to communicate.

An optimist who, in 2016, even dared the might of a dying star when he quipped, "they are not the eternal prisons they were once thought. Things can get out of a black hole, both to the outside, and possibly, to another universe. So, if you feel you are in a black hole, don't give up. There's a way out."

Also read: Ruskin Bond on growing up with his favourite characters