44 Years. 60 per cent. How humanity destroyed three-fifth of all vertebrate wildlife between 1970 and 2014

Our increasing reliance on natural systems has made it clear that nature is not just a ‘nice to have’. The deadline for active conservation was yesterday

WWF’s latest Living Planet Report is out and it is not looking good.

The biennial report says that the population sizes of wildlife have decreased by 60 per cent globally between 1970 and 2014 — that is 44 years. “For the last 20 years, scientists from Zoological Society of London (ZSL), WWF and other organisations, have been monitoring changes in the populations of thousands of animal species around the world. Sadly, they’ve concluded that the variety of life on Earth and wildlife populations are disappearing fast,” says WWF in a statement.

Globally, almost 20 per cent of the Amazon rainforests has disappeared in just 50 years. 90 per cent of the world’s seabirds are estimated to have fragments of plastic in their stomach — in 1960 it was five per cent. In the 20th century, freshwater fish have had the highest extinction rate worldwide among vertebrates — 83 per cent decline since 1970. In the last 50 years, the global average temperature has risen at 170 times the background rate. 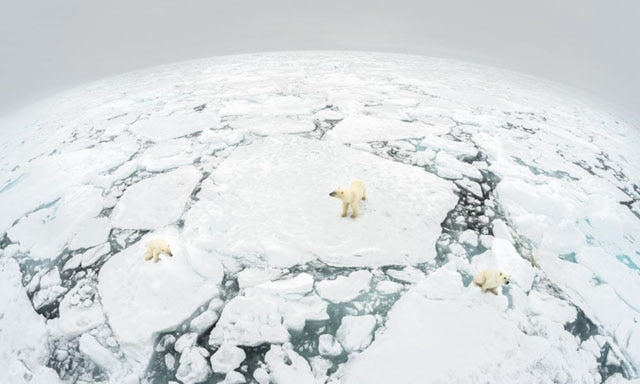 Species’ population declines are especially pronounced in the tropics, with South and Central America suffering the most dramatic decline at 89 per cent compared to 1970.

Does that exonerate India? Not according to the report.

The report cites India among countries whose soil biodiversity faces the highest level of risk. Soil biodiversity encompasses the presence of micro-organisms, micro-fauna (nematodes and tardigrades for example), and macro-fauna (ants, termites and earthworms). Tamil Nadu Agricultural University study that observed that while 150 million bee colonies were needed to meet the pollination requirements of about 50 million hectares of agricultural land in India, only 1.2 million colonies were present.

From the Indian macrofauna perspective, populations of the critically-endangered Gharials across its range in India has declined by approximately 58 per cent between 1997 and 2006 due to exploitation such as over-hunting for skins and trophies and egg-collection. 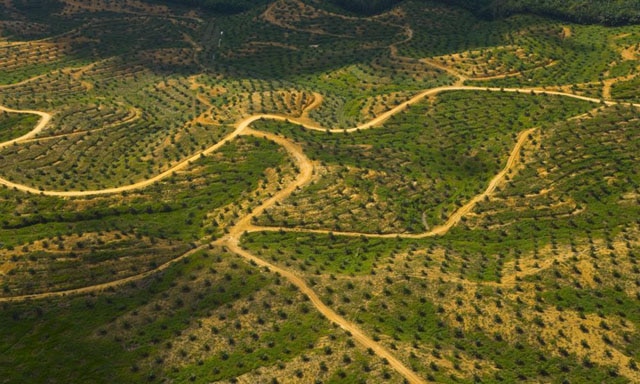 An oil palm plantation in Sabah State, Borneo, Malaysia. Borneo is the home to one-fifth of the world's palm oil and graveyard of more than 1,00,000 orangutans in the last 16 years (Photo: WWF) Orangutans — Asia’s only remaining great apes that pay with their blood for the palm oil for our essentials — from snacks to soaps (Photo: WWF)

The report cites exploding human consumption as the driving force behind the unprecedented planetary change being witnessed now — through the increased demand for energy, land and water. This rapid planetary change — referred to as the ‘Great Acceleration’— has brought many benefits to human society, coupled with the declining state of the Earth’s natural systems. While India’s per capita ecological footprint is less than 1.75 hectares per person — which is in the lowest band among the countries surveyed — its high population made it vulnerable to an ecological crisis, even if per-capita consumption remained at current levels, WWF has warned.

“Science is showing us the harsh reality that our forests, oceans and rivers are enduring at our hands. Inch by inch, species by species, shrinking wildlife numbers are an indicator of the tremendous impact and pressure we are exerting on our planet,” says Marco Lambertini, Director General, WWF International.

The analysis of the report indicates that humans have already pushed four planetary boundaries — climate change, loss of biosphere integrity, land-system change, altered biogeochemical cycles — beyond the limit of a safe operating space. The finding of the report is conclusive — globally, planetary health, nature and biodiversity are in steep decline, undermining the health and well-being of people, species, societies and economies everywhere.

The researchers say there is a slim hope if we act now. They suggest a three-pronged approach:

2.) Developing a set of measurable and relevant indicators of progress

3.) Agreeing on a suite of actions that can collectively achieve the goal in the required time frame

Are we edging even closer to these goals? Perhaps not — if we were to go by the recent policies being implemented in countries across the globe.

The Trump administration continues to push to roll back elements of the Endangered Species Act — the United States’ bedrock environmental policy. The Chinese government legalized the trade of rhino horns and tiger bones — a move criticized by conservationists across the globe.

Brazil’s president-elect Jair Bolsonaro plans to develop the Amazon to bolster his country’s economy while the World Economic Forum’s Global Risk Report has clearly highlighted “biological diversity loss and ecosystem collapse” as one of the top 10 economic threats in 2018.

Closer home, India’s inland waterway system has spelt a clear death knell to the dolphins and the Gharials besides a host of other freshwater fishes — that have already seen the highest extinction rate worldwide among vertebrates globally. Not to mention, the various “development” projects being undertaken that require clearing of the forests, destroying the biodiversity and accelerating the decline of species.

It is time human race questioned: Development for whom and at what cost?