The deeper roots to the current controversy over Aligarh Muslim University

It is vital to recall what AMU stood for before 1947. Contemporary demands for AMU to be reformed lie deep within this past.

In Understanding Partition — one of the best books on why India had to be divided — author Yuvraj Krishan writes: “MA Jinnah justifiably and aptly described the Aligarh Muslim University (AMU) as the arsenal of Pakistan. AMU’s teachers and students actively supported the Pakistan movement and mobilised support for the policies and programmes of the Muslim League for the division of India and creation of the Muslim-majority state of Pakistan. Granting special status to AMU has regenerated the pre-independence brain trust of the Pakistan movement. A secular state has established an anti-secular institution.” In writing so, Krishan was referring to the 'special minority status' granted by the central Congress government to AMU in 1981, through a legislation which was later challenged and continues to be debated on judicial turf, the Narendra Modi government taking a legal position that could result in AMU’s minority status being taken away.

The issue is now before the Supreme Court, which has referred the matter to a seven-judge bench.

The Modi government’s stand against giving minority status to AMU had triggered a slew of protests from minority leaders, with support from the so-called secular parties, from the Congress to the Samajwadi Party (SP). Their aim, to my mind, is to consolidate Muslim votes through continued minority appeasement.

But, in its exploration of AMU's past, significantly, Krishan’s book is one of the best works on the movement that led to the creation of Pakistan itself. It reflects on how, except for Abdul Majeed Khwaja, an educationist from Aligarh and a close follower of Mahatma Gandhi, no Aligarh-based Muslim in AMU opposed the movement demanding a separate Pakistan after it gained momentum in 1939 — many were, in fact, its torchbearers.

AMU founder and educationist, Sir Syed Ahmed Khan, who died in 1898 after starting the Muhammadan Anglo-Oriental (MAO) College, which came to be known as AMU, had strongly advised the Muslims against joining the ‘Hindu-dominated Congress’ and also promoted the idea that Hindus and Muslims are two distinct nations. This idea, of Hindus and Muslims being two nations, was later called the ‘two-nation theory’.

Still, till 1939, a significant number of AMU faculty members and students supported the Indian nationalist movement.

But, in 1939, the political sentiment shifted towards the separatist movement, thanks to strategic mistakes by Congress leaders who had made 'Muslim appeasement' a main feature of their strategy. What happened then was exactly the opposite — the more the Congress bowed before the Muslim League, the more virulent the League became in its separatist demands, finally resulting in Partition.

Meanwhile, AMU became a centre of the separatist movement by rallying behind Mohammed Ali Jinnah.

One has to look at the chronology of events from 1906 onwards to know how AMU and the two-nation theory provided the basis of the pro-Pakistan movement. In 1906, the All India Muslim League was founded with the help of Aga Khan and Nawab Waqar-ul-Mulk Kamboh. It was followed by the vision of Sir Muhammad Iqbal, who came out with his thesis supporting a separate homeland for the Muslims of India in 1930.

Many Indians who sing ‘Saare Jahan Se Achha Hindustan Hamara’ with patriotic fervour are unaware that Iqbal wrote the song before 1908 — when he was a nationalist.

Then, in a momentous shift, he swung from nationalism to an Islamic vision.

Iqbal continued to develop his Islamic theory till finally, in 1930, he spoke about a separate homeland for Muslims. The name ‘Pakistan’, for the new Muslim homeland, was coined by a Punjabi Muslim, Rahmat Ali Chaudhary, while studying at Cambridge in 1933. So, Iqbal floated the idea, Chaudhary gave it the name, Jinnah realised the dream.

Significantly enough, for the role that Sir Syed’s views and his institution played in giving the two-nation theory shape, Sir Syed’s name continues to be extremely respected in Pakistan.

Karachi's Sir Syed University of Engineering and Technology is named after him. Of course Indian pan-Islamists and left liberals may argue about what is wrong in naming an educational institution after an educationist of undivided India? In that case, one may also ask why no institution in Pakistan is named after, say, Ishwar Chandra Vidyasagar, another educationist of undivided India, but a Hindu?

Looking at the role of AMU in the creation of Pakistan, in my view, either the university should have been shut down after Partition or it should have continued with secular changes and a different name — fair enough if the new name was also Islamic.

But that didn’t happen, thanks to India’s slanted 'secularism'. Given AMU's bitter role in the history of the Partition, the University should have been reformed right after freedom. (Source: Twitter)

And now, ironically enough, in an example of 'pan-Islamic unity', even Deobandi leaders, who were at loggerheads with AMU at the time of the freedom movement on issues concerning Islamic practices, now want special status for AMU.

Those who favour special privileges for AMU might argue there is a significant section in the varsity that is moderate and, on that account, AMU's demand should be considered.

But that is just one side of the argument. There is another, bigger side to it that reveals reportedly that movements like the Students Islamic Movement of India (SIMI) — which had to be banned due alleged involvement in terror activities — also got a fillip at AMU. While this merits deeper investigation, there is also little to be gained by ignoring history's obvious lessons.

In the 1945-46 Central Assembly polls — the last Parliamentary election before Partition — over 86 per cent Muslim votes cast went to Jinnah's Muslim League and therefore, were a vote for Pakistan. Less than three per cent went to the Congress. Even though the total votes cast by Muslims were just 20 per cent in that election (voting used to be low in those days), the fact that 86 per cent of them did so in favour of the Muslim League does give a clear idea which way the majority of Muslim minds were swaying back then.

The debate over special demands by Muslims in independent India can't overlook this crucial fact. Much of the demand for Pakistan did come from cadres at the AMU and the institution continued to get special status despite this. The policy of such 'appeasement' has yielded nothing. The great ideologue and revolutionary, Veer Savarkar, had in fact warned as early as 1937 that the Congress policy of surrendering ground before the Muslim League by resorting to Muslim appeasement would prove very costly for the nation. 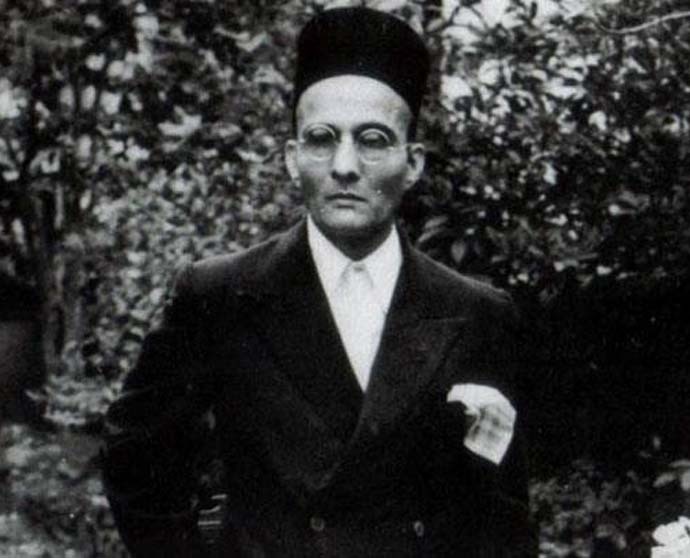 In 1940, when the Muslim League passed the Pakistan resolution, demanding a separate homeland for Indian Muslims, Savarkar again predicted Pakistan would be difficult to prevent, going by the way the Congress was kneeling down before the Muslim League’s monstrous demands. Congress leaders at that time said that Pakistan would be formed over their dead bodies — but seven years later, they were proved entirely wrong and Savarkar correct.

Significantly, when some Congress leaders wanted Savarkar to join the party following his release from confinement in Ratnagiri, Savarkar refused, saying that in his view, minority appeasement was a betrayal of the nation and the Congress had gone so far down this path of appeasement that it was difficult for the party to retrace its steps.

Savarkar was a great visionary whose thinking was ahead of his times.

Almost all his warnings with regard to India’s national security are coming true today.

#Iqbal, #Jinnah, #Two-nation theory, #Aligarh Muslim University
The views and opinions expressed in this article are those of the authors and do not necessarily reflect the official policy or position of DailyO.in or the India Today Group. The writers are solely responsible for any claims arising out of the contents of this article.